Why the future of gene-edited foods is in the balance

Sign up to myFT Daily Digest to be the first to know about Agriculture news.

Gene editing is the biggest technical advance in bioscience since the discovery of “recombinant DNA” technology — artificially mixing genetic material — in 1973. That launched the era of genetic engineering and led to the commercialisation of genetically modified (GM) crops in the 1990s. Now gene editing (GE) is for the first time giving researchers a fast, reliable way to make precise changes in specific genes. But its use in farming is in the balance after a European ruling last year equated it with heavily regulated GM.

Publicity around gene — or genome — editing has focused on human applications, and particularly the controversy about gene-edited babies born in China. Yet it also promises to transform agricultural production, for example genetically editing crops to make them resistant to disease or developing faster-growing varieties of livestock. The extent of that transformation will depend on variations in regulation around the world.

Proponents of gene editing hope it can avoid the criticism and regulatory scrutiny that slowed the introduction of GM, because it usually alters existing genes rather than adding foreign DNA to the plant. In the US and Canada, the initial response of authorities has been that gene-edited crops will not fall under the regulatory regime of genetically modified organisms (GMOs) but the EU is taking a different view.

The method exploits molecular machinery that bacteria evolved to fight viral infection. There are two parts. The first, Crispr itself, is a molecule that can be guided to any stretch of DNA. The second part is an enzyme called Cas9 that cuts the gene in the targeted location. Then researchers can remove unwanted DNA, knock out a gene to stop it working, tweak it to change its function, or regulate genetic activity.

More difficult to achieve through gene editing — and less common so far — is the reliable addition of brand new genes from other species, as in GM. For example Paul South of the University of Illinois in the US, who leads a team working to boost the photosynthetic efficiency of plants and increase crop yields, says his “synthetic biology” project required extensive DNA rearrangements that could not be achieved solely via Crispr.

However researchers are making progress with what Prof Jonathan Jones of the Sainsbury Laboratory in Norwich, UK, calls “knock-in breeding” through Crispr — inserting a new gene in a location opened up in the organism’s DNA.

The distinction between gene editing and GM could be crucial for the way regulators treat crops produced with the two technologies. Plant biologists such as Prof Jones argue that creating new varieties through GE is closer to non-genetic processes. (These might include conventional mutagenesis in which chemicals are used to change an organism’s DNA without inserting new genes.) Therefore, the scientists say, the plants should not have to pass through as many regulatory hoops as new GM varieties.

News in-depthThe Big Read
Gene editing: how agritech is fighting to shape the food we eat 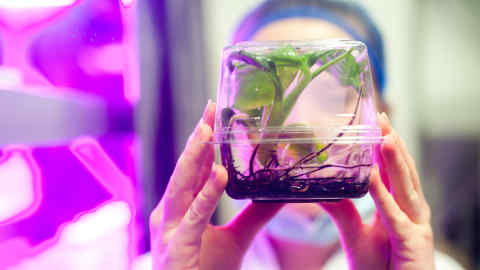 The issue is particularly important in Europe, which has lagged far behind north and Latin America in licensing GM crops, mainly because of stronger consumer and political resistance. Opponents have objected to the potential impact of genetically altered crops both on the environment, by altering the ecological balance that sustains wildlife, and on human health. The only two GM crops that have made it through the approvals process for commercial cultivation in the EU are insect-resistant maize developed by Monsanto, approved in 1998, and a potato with altered starch qualities developed by BASF, approved in 2010.

Scientists’ hopes that the EU would take a more liberal attitude to GE were dashed last July when the European Court of Justice ruled gene-edited crops should be subject to the same stringent regulations as GMOs.

“This ruling closes the door to many beneficial genetic modifications such as breeding of disease-resistant plants that require much less pesticide input,” says Sophien Kamoun, another senior scientist at the Sainsbury Lab. “A sad day for European plant science.”

“Most of Europe has lost the benefits of GMOs,” agrees Liam Condon, head of crop science at Bayer. “We are at risk of losing again in Europe with gene editing, though there is a much broader alliance behind it than there was with GM.”

But some legal and regulatory experts say the ECJ ruling may not be as far-reaching as plant scientists fear. “If the ECJ ruling were to be interpreted to mean that all genome-edited organisms are by definition GMOs, then this would — apart from the impact on innovation — result in unenforceable regulation,” says Piet van der Meer, who was closely involved in the development of EU GMO regulations. “However, I believe that the ECJ ruling requires further clarification to understand what it actually means.”

Gene editing could accelerate the adoption of gene technology in farm animals. The only GM animal licensed for human food is Atlantic salmon with two genes added from other fish to make it grow bigger and faster. It has been on sale in Canada since 2017. AquaBounty, the company behind the GM salmon, has now gene edited tilapia fish to produce a faster-growing farmed variety. It is not yet on sale, though Argentina has ruled that it is exempt from GM regulation.

Meanwhile Edinburgh university’s Roslin Institute, a leading UK animal biotech laboratory, is working on GE poultry projects. A collaboration with Wendy Barclay, virology professor at Imperial College London, aims to make influenza-resistant chickens as a buffer to the spread of avian flu to humans. “If we could prevent viruses crossing from wild birds into chickens, we would stop the next pandemic at source,” she says.

Other Roslin GE projects include hens that do not produce their own chicks, for use as surrogates to lay eggs from rare breeds, and others that produce human proteins in their eggs for medical purposes. Roslin is also working with Genus, the UK animal genetics company, to produce pigs resistant to the virus that causes Porcine Reproductive and Respiratory Syndrome (PRRS), one of the costliest animal diseases. Elsewhere, Recombinetics, a US gene editing company, is developing “polled” cattle that do not grow horns, which could end the practice of removing horns from calves.

Researchers at several institutions are working to use Crispr to enable the sex determination of farm animals, which would be particularly useful in the dairy and chicken sectors where male calves and chicks are not wanted.

“It would have a huge impact on the industry if you could generate single-sex offspring while maintaining the overall efficiency of reproduction, but no one has managed to do it so far,” says Bruce Whitelaw, Roslin’s professor of animal biotechnology. 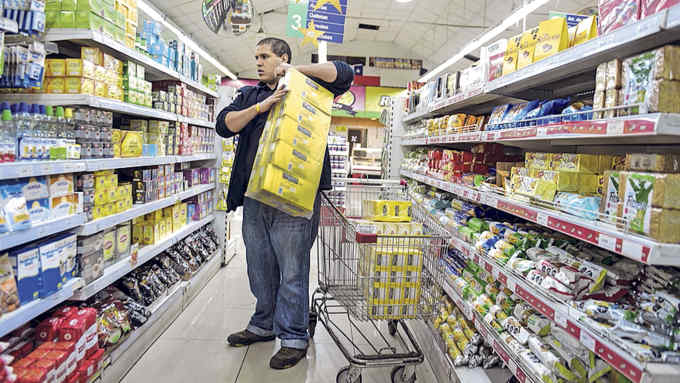