Nomadland — delicate, incisive portrait of a life lived on the road

“I’m houseless, not homeless,” says Fern, a woman who has lost everything except everything that matters and is played with mesmerising intensity by Frances McDormand in Chloé Zhao’s beautifully restrained Nomadland. Premiering simultaneously at the Venice and Toronto festivals, it is a film likely to excite awards chatter but may be too delicate and subtle to have such weighty expectations hung on it.

Everything about Nomadland is stripped down: the aesthetic of the movie itself, the simplified life the 60-ish Fern lives in her beaten-up but cherished van, the abandoned town she has left behind. We first find her in a frozen landscape that brings to mind McDormand’s old haunt of Fargo. But here creature comforts have long been left behind in the rear-view mirror, the barren wasteland to which Fern has migrated representing a clean slate after the loss of her husband and the closing down of her former home in Nevada. The fact that it was called Empire is redolent of a culture in decline, a symbol of the crumbling American Dream in the wake of the Great Recession.

But if you have come looking for despair, you can go elsewhere. While Fern makes her way through a series of dead-end jobs, none quashes her spirit — from filling boxes in an Amazon “fulfilment centre” to scrubbing RV toilets to slogging away in a stone emporium. In other films this may represent rock bottom, but there is no sign of that here. Fern seems stoically accepting of her lot in life and is not alone, except when she wants to be.

Surrounding her is a close-knit community of nomads, models of American self-determinism. They may refer to the “tyranny of the dollar and the marketplace” but if they have been cast aside by capitalism, they show no signs of wanting it back. For the making of the film - which she wrote as well as directed - Zhao immersed herself in this subculture and she immerses us too. As with her two previous films, many of the cast are non-professionals, giving Nomadland the kind of naturalism that can’t be fabricated.

That McDormand and co-star David Strathairn slip so seamlessly into their midst is a tribute to their skills, and to Zhao’s genius for blurring artifice and actuality. In her 2017 masterpiece The Rider she took a former rodeo star and made him the leading man of his own harrowing life story. Now, basing her film on Jessica Bruder’s account of hitting the road with nomads, she has adapted a non-fiction work while preserving its authenticity. It may not be quite as gut-wrenchingly effective as The Rider but it has a quiet power all of its own.

Born in China and educated in Britain, Zhao, like so many émigré directors before her, has found a fascination with the American open road and crafted a trilogy of Westerns of sorts. She and cinematographer Joshua James Richards alternate between intimate close-ups and characters framed by wide vistas that seem both empty of opportunity and filled with endless possibility, recalling the paintings of Richard Diebenkorn in their sparse geometry. The FT’s Jackie Wullschläger has written of Diebenkorn: “resisting US heroics, he created an oeuvre distinguished by reticence, elegance and interiority”. With her first three films Zhao has carved out a similar place in cinema. That she is due next to make the Marvel Comics movie Eternals is hard to believe and suggests that heroics may be around the corner.

But in Nomadland too she is reaching for something eternal and elemental. Geology, paleontology and astrology all play supporting roles, allusions to a vast and godless universe with no superheroes coming to save the day. Fern had better save herself — but solitude needn’t be lonely if you’re a free spirit. 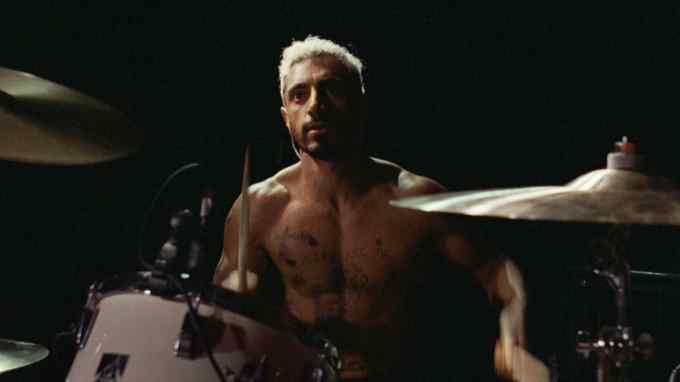