Hedge funds have billions of dollars stuck on failed cryptocurrency exchange FTX and could face years of waiting to recover anything at all from a marketplace they once believed to be one of the industry’s most reliable bets.

In a situation reminiscent of Lehman Brothers in 2008, which left billions of dollars of hedge funds’ assets trapped for years, investors who traded on the Bahamas-based exchange have found themselves among the thousands of creditors in a highly complex bankruptcy.

The sudden failure this month of FTX, valued at $32bn this year, has shocked investors who backed it and traders who used it. Legal filings on Sunday revealed that FTX owes its 50 largest creditors, likely to include a wide variety of hedge funds, more traditional asset managers and other traders, more than $3bn.

“I lost my investors’ money after they put faith in me to manage risk and I am truly sorry for that,” tweeted Travis Kling, founder of Ikigai Asset Management, which has a “large majority” of its hedge fund’s assets stuck on FTX. “I have publicly endorsed FTX many times,” he added. “I was wrong.”

Crypto-focused hedge funds have direct exposure to FTX Group or to FTT, FTX’s own digital token which it promoted to incentivise more trading on its main exchange, of around $2bn, according to data group Crypto Fund Research.

Earlier this month the Financial Times revealed that Galois Capital, whose founder Kevin Zhou is credited with spotting the collapse of cryptocurrency luna, had around half its capital stuck on FTX.

Zhou admitted he was “deeply sorry” and that he had under-appreciated “the solvency risk with holding our funds at FTX”. He said it could take a few years to recover “some percentage of our assets”.

Crypto Fund Research estimates that between 100 and 150 crypto hedge funds, or around 25 to 40 per cent of the total number of such specialist funds, have some direct exposure to FTX Group or to FTT.

The average exposure is around 7 to 12 per cent of funds’ total assets under management, with some funds holding a majority of their assets on the exchange, according to the data group.

Including firms such as Genesis Trading, which has halted withdrawals at its lending unit, and BlockFi, which has taken similar steps, exposure could be as high as $4bn-to-$5bn, Crypto Fund Research said.

FTX said in legal filings on Sunday that it owed at least $100mn to each of its ten largest creditors. The top 50 creditors, whose names are redacted in the filing, are all owed more than $20mn.

Institutions trading in crypto have been left wondering who they can trust, if the supposedly rock-solid FTX could collapse so quickly. Managers have been pulling money from exchanges out of caution.

“I think we are going to see more business failures over the coming weeks, so we’ve reduced our exposure at all other counterparties,” said one fund manager.

Unlike traditional exchanges, which simply match buyers with sellers, crypto exchanges typically hold clients’ assets for extended periods of time, to make it easier for customers to trade. However, that leaves users vulnerable if the exchange itself runs into trouble.

And, unlike the Lehman situation, where creditors were eventually paid back more than 100 per cent of assets, it is far from clear how much will be left to recover.

In an ominous sign, the new chief executive of FTX, John Ray III, said on Thursday that he had never seen “such a complete failure of corporate controls”. Ray added that he did not have confidence in the balance sheets he had seen.

FTX has so far found just $740mn of crypto, which is “only a fraction of the digital assets” that it would hope to recover, compared with $9bn of liabilities on the day before it collapsed into bankruptcy. Moreover, FTX is investigating “abnormal” transactions which took place on its exchanges after its bankruptcy.

Many specialist crypto hedge funds were caught with assets on FTX because it was seen as one of the more blue-chip exchanges in a largely unregulated sector.

The Big Read
FTX: inside the crypto exchange that ‘accidentally’ lost $8bn 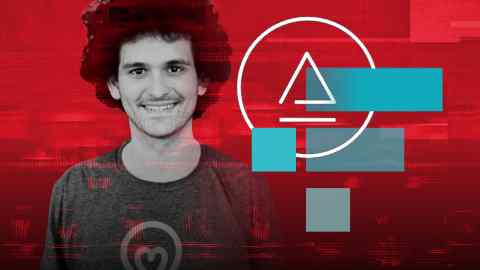 “FTX was the pinnacle, the most beautiful girl in the class,” said Anders Kvamme Jensen, co-fund manager of the AKJ Digital Assets fund. “They were seen as a sophisticated and clean counterparty, an image that was the main driver behind its success”.

He said that crypto hedge funds “generally have little focus on risk analysis” of major exchanges. Conducting thorough due diligence is difficult, he said, because of the lack of regulation and the remote locations many exchanges based themselves.

Su Zhu, co-founder of collapsed hedge fund Three Arrows Capital, tweeted that he had moved trading to FTX last year, encouraged by generous terms and the backing of a host of big venture capital names. “I assumed someone there did DD [due diligence] and they must’ve grown up.”

FTX also courted more mainstream hedge funds that were considering trading crypto to capitalise on the asset’s high returns. Its pitch to prospective clients, according to one hedge fund executive, was that it was starting with crypto but would expand into currency trading and futures, allowing a fund’s cash to be used efficiently across all its margin accounts.

“Like many of you, we trusted FTX to be a good actor committed to pushing the industry forward,” wrote investment firm Sino Global Capital last week, adding that its direct exposure to the exchange was “mid-seven figures”. “We deeply regret that misplaced trust.”