How DIY investors are posing a challenge for brokers

Lewis Harding, a 22-year-old trainee accountant from the English city of Leeds, is the sort of investor that brokerages need — and fear.

Instead of relying on professionals to invest for him, Harding is doing it himself. “You can teach yourself anything from the internet and from YouTube, for free,” he said. “Investing is one of those things.”

Armed with digital savviness, younger people are being drawn to stock markets through a combination of ever-lower trading fees and a prolonged rally in equity markets. The interest shows no sign of slowing, with the trading apps offered by platforms downloaded at a record rate in January, according to data provider Apptopia.

The growing clout of younger, do-it-yourself investors was underlined in January when frenzied trading in the shares of US video games retailer GameStop briefly dominated Wall Street.

While this new wave of customers brings benefits to brokerages from TD Ameritrade in New York to Hargreaves Lansdown in London, industry executives say the GameStop saga — in which a handful of stocks spiralled higher and then crashed — also underlines the dangers.

“[In a bull market], self-directed investing is working. It’s fairly easy for investors to make money when almost every financial asset is going up,” said Sosnick. “But times like these come and go. The worst thing that could happen to us as an industry is for new investors to become disillusioned with us.”

“Telling these investors things doesn’t help, you need to give them an environment where they can teach themselves,” said Bridget Messer, chief commercial officer of IG Group, a UK-based trading platform. “Education is a big bit of our client strategy.” 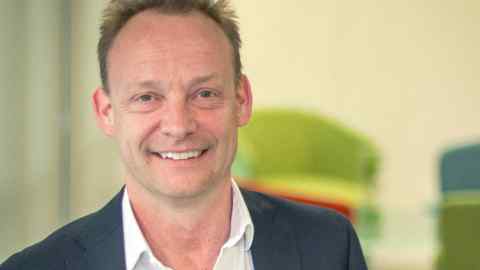 Over the past year, no company has been more associated with explosion of activity from younger retail investors than trading platform Robinhood. Facing intense criticism that its commission-free business relies on turning its customers into trading addicts, the US company says it is spending to educate its users of the potential perils.

“We are making huge investments in education and customer support to support that”, Vlad Tenev, Robinhood’s co-chief executive and co-founder, told a congressional hearing last month into the GameStop mayhem.

The company said it had renovated its educational materials and rebranded its “Learn” centre, which saw a 260 per cent rise in usage since the start of 2020.

Frank Cooper, chief marketing officer of BlackRock, the world’s largest asset manager, admits that by failing to develop online education tools for investors the industry has ceded influence to sites such as Reddit and social media platforms.

“Millennials were born digital,” said Cooper. “That alone creates a massive gap between where millennials are and the system that is currently set up for investing.”

Mike McKay-Dirden, a 32-year-old software developer from West Bromwich, is an example of someone who has taught himself how to invest. “If you post on Reddit and say ‘I’m thinking of investing in this,’ someone is going to reply,” he said. “A five-minute question online can save you a lot of money.”

Brokerages and platforms use the label of education, but there is no doubting the business imperative driving their efforts. Educated customers are good ones, they say.

Since the start of the pandemic, the platform has focused on educating customers about the dangers of high-risk products, such as derivatives and trading on margin.

Although the popularity of Robinhood has brought political and regulatory scrutiny in the US, that has not deterred platforms from racing to secure exposure to the new generation of retail investors.

IG Group paid $1bn in January for Chicago-based Tastytrade, a fast-growing retail investor business focused on the futures and options market. The US group supplies more than eight hours of trading information a day on video and has about 900,000 subscribers.

Messer of IG explains the rationale. “[Self-directed investing] is a massive trend . . . I don’t think it’s going anywhere,” she said, pointing to the fact that barriers to investing are coming down and the amount of information available is increasing. “Individual’s trust in institutions is reducing, which means trust in yourself has to increase.”

The business challenge facing the brokerages is to ensure the new generation of investors do not lose trust in the markets.