Answers to operational challenges at the intersection of tech and data
October 23, 2019
Print this page
Experimental feature

All 10 “legal business technologists” profiled here had something exceptional to commend them. The judges felt, however, that since setting up Syke in 2016, Alistair Maiden had most comprehensively served the intersection of law, business and tech to solve companies’ real world problems. He quit his big company career to focus on helping a wide range of corporate clients adopt legal technology that is the future for lawyers worldwide.

In 2016, Alistair Maiden left his role as head of contracts at UK supermarket chain Asda to start a legal technology consultancy.

In his time at Asda, Mr Maiden developed technologies that changed the way contracts were drafted, negotiated and managed. A digital contracting solution built by him cut the time taken to create a contract from 17 to just five days.

The experience led Mr Maiden to realise that a lot of legal technology is not as easy to use as people expect.

He set up Syke to help lawyers working at both in-house and at law firms to select and implement new technology solutions, with a focus on contracting technologies. His consultancy now employs 45 legal engineers in 13 countries.

Haley Altman founded Doxly in 2016 to address the specific challenges around closing contracts.

After a decade working at law firms Ice Miller and Wilson Sonsini on mergers and acquisitions, corporate and venture capital transactions, she realised that a multimillion dollar deal can hinge on one missing page of signatures.

Ms Altman drew on her science education to build technology products to help her start-up clients.

In August, she sold the company to technology company Litera Microsystems.

Catherine Bamford began her legal career as a property solicitor at London law firm Pinsent Masons before moving into the company’s smart delivery team as a legal knowledge engineer, where she implemented document automation software across the firm.

She was soon receiving requests from other law firms to support them with similar digital transformations.

In 2014, she set up her company, BamLegal, to provide technology services and has worked with firms including DLA Piper, Hogan Lovells, Linklaters, and Reed Smith.

While she has expertise in developing and implementing automation technologies, she is praised by clients for her ability to help change the minds and culture of even the most sceptical lawyers, and recently announced her move to Deloitte Legal.

Jason Boehmig took coding classes at weekends while an associate at US law company Fenwick & West in 2012 — with the aim of changing how lawyers approach contracting.

After sharing his scripts with colleagues he realised that this technology was not easily accessible in the marketplace.

In 2014, Mr Boehmig founded Ironclad, his software company, and developed automated contract management software for law firms and corporates. It is now used by businesses including L’Oréal, Fitbit and Dropbox.

The technology takes the administrative work out of contractual agreements for companies in any industry, allowing them to easily create contracts and negotiate with parties on a digital platform.

Merlie Calvert trained and practised as a solicitor, working for London legal firm SJ Berwin for several years before trying her hand at being an entrepreneur.

Ms Calvert used her 20-year experience of working in law firms and DeBeers Group to develop Farillio, a digital platform for start-ups and small to medium-sized companies

Founded in 2017, Farillio is a digital platform that provides legal services for a monthly fee of less than £10.

With the goal of reducing the billions of pounds spent by small businesses to get their operations up and running, Ms Calvert ensured that Farillio’s platform has checklists, step-by-step video tutorials and document templates that can be used by businesses from any industry.

After 20 years working in legal and financial services, Nick Conway helped develop solutions for court reporting, including real-time transcription and technology that enables proceedings to be monitored in multiple courtrooms.

His experience of using data and technology in forensic investigation includes the digitisation of sensitive records for the public inquiry into the 1989 Hillsborough stadium disaster in Sheffield and managing the eDiscovery workflow for the investigation into the News International telephone-hacking scandal.

He is now a director in the forensic technology practice at Deloitte UK and has designed D-trax, one of the company’s contract solutions, which is profiled in the contracting section of this report.

Richard Mabey founded contract management software company Juro in 2016. Mr Mabey’s career and interest in corporate and contract law began at Freshfields Bruckhaus Deringer, where he worked as an associate until 2013. He left to pursue an MBA and then joined legal technology company LegalZoom, looking at how client challenges can be addressed through technology.

As chief executive of Juro, Mr Mabey has championed “privacy by design”, creating a visual privacy policy and machine-readable contracts in order to view legal documents as tools.

At Juro, Mr Mabey has worked with Deliveroo to automate the generation and approval of 1,400 legal documents. The job took just two weeks and saved the business six months of work.

During more than 20 years as a commercial solicitor, Tim Pullan focused on how technology could be applied to legal contracts to remove risk.

After launching Taylor Vinters’ Singapore office for technology and outsourcing, Mr Pullan returned to London and founded ThoughtRiver as a joint venture with the law firm in 2015. ThoughtRiver uses artificial intelligence to automate the pre-screening of contracts. This allows lawyers to work more efficiently and ensure that contracts are edited and reviewed consistently.

The business was inspired by a conversation with a general counsel about her team’s huge workload. Mr Pullan suggested a system where contracts would be automatically pre-screened and graded for risk.

ThoughtRiver is used by law firms and corporates alike, including Clifford Chance, Eversheds Sutherland and BT.

While studying, Ms Rubin realised that online marketplaces were changing the way people were hired in other industries and saw that this could be applied to the legal profession.

Established in 2011, Priori Legal is a talent marketplace for companies to hire external lawyers for specific projects.

The platform vets lawyers and uses an algorithm to match requests with the law firms or individuals. The best fit is based on project requirements and the lawyers’ specific expertise, the judges in front of whom they have appeared and the contract types they have negotiated.

The platform gives sole practitioners and small law firms a new route to winning work from large corporate clients and saves clients time and money by providing the right talent.

James Thomas initially trained as a software developer, providing solutions for the automotive industry. He then spent several years as a corporate lawyer before joining KPMG in 2014.

He also introduced a service toolbar within Microsoft Word and KPMG Cloud Legal, a collaboration platform that manages workflows and provides data reporting in a dashboard. 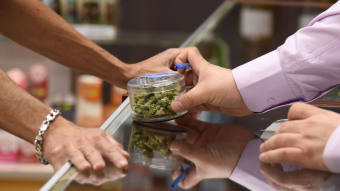