Christian Oliver and Jim Brunsden in Brussels, and Vincent Boland in Dublin

Brussels has extended its probe into Ireland’s alleged sweetheart tax deal with Apple, the US technology company, reducing the risk that a tough verdict in the case could have an impact on Irish elections early next year.

The investigation into whether Dublin has offered illegal preferential tax terms to Apple is one of the European Commission’s most closely followed cases, as Brussels pursues a crackdown on corporate tax avoidance across the EU.

While Irish authorities had expected the case to be concluded soon, they have instead been sent bulky sets of supplementary questions, meaning it will be difficult to reach a final verdict until after the 2016 election, which is expected as early as February.

The probe into Apple’s tax affairs began in 2014 and a verdict had originally been expected earlier this year.

The Irish finance ministry confirmed that the government was supplying the requested additional information to the commission.

“We do not expect any decision until after the new year,” said a spokesman.

The commission this month stepped up its probes into EU nations’ sweetheart deals with multinational companies, accusing McDonald’s of benefiting from arrangements that allowed it to pay no tax on European royalties in Luxembourg.

That followed decisions in October ordering Luxembourg and the Netherlands to recoup tens of millions of euros from the Italian carmaker Fiat and the US coffee shop chain Starbucks. But analysts regard the Apple decision as more significant because the underpaid tax could run to billions of euros if the commission rules against Ireland.

The commission’s investigation is being watched closely in Dublin, where ministers insist that Ireland has no case to answer and that they will take Brussels to court over any negative decision. Apple also denies any wrongdoing.

Several lawyers argued that the supplementary questionnaires to Ireland pointed to new lines of inquiry in the case.

They said Brussels might have to take the unusual procedural step of republishing the legal foundations of its case if the scope of its inquiry has shifted too far from the grounds on which it was opened in June 2014.

But other lawyers following the tax cases in Brussels said the longer timetable could be a political decision, given the upheaval that a big back tax bill could pose during an election.

The commission denied that there was any significant change in the nature of the investigation and described the questions as a normal step.

“The focus of the commission’s investigation continues to be the calculation of the taxable profit allocated to the Irish branches of two Apple group companies under individual tax rulings issued by the Irish tax authorities,” a commission spokesperson said. 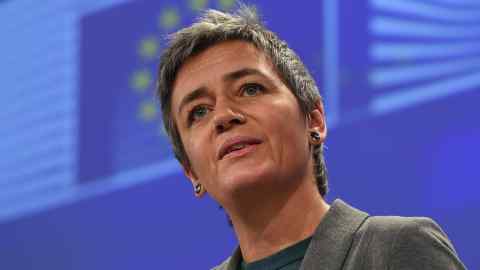 Political observers in Dublin say the country’s general election is likely to be held in February. Any finding by the commission that there was illegal state aid in Apple’s Irish tax arrangements could become a prominent issue in the election campaign, which is expected to be one of the most closely fought in recent times.

Ireland’s fiscal relationship with Apple cuts to the heart of the country’s strategic goal of attracting big US technology companies to base themselves there.

A ruling from Brussels would also potentially place Ireland’s leaders in the difficult position of having to appeal against a large back tax cheque from Apple rather than adding it to public spending. A negative verdict would hand ammunition to opposition parties on the left such as Sinn Féin, which are fiercely critical of Ireland’s corporate tax arrangements.

The extended Apple investigation means the next tax probe decision to be announced by the commission is set to be that into Belgium’s arrangements with dozens of multinationals. According to people briefed on the matter, a decision on that case should come very early next year.