Social entrepreneurs can give the government a lift 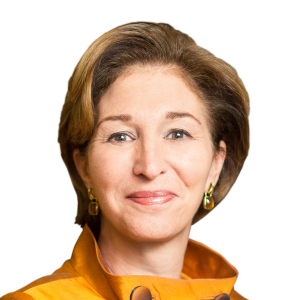 The stereotypical Silicon Valley approach to solving public problems is to invest in social entrepreneurship. Bypass lumbering government bureaucracy to find innovative solutions that harness economic incentives to create social value. In place of government-run schools, find corporations to fund charter schools. Instead of foreign aid, fund Kiva, a platform that allows individuals with capital, however small, to lend directly to development entrepreneurs who need it.

The tech titan perhaps most identified with the concept and practice of social enterprise is Jeff Skoll, first president of eBay, whose eponymous foundation has invested directly in social entrepreneurs around the world, as well as establishing the Skoll Centre for Social Entrepreneurship at the Saïd Business School, Oxford university, and the annual Skoll World Forum on Social Entrepreneurship.

The growing class of social entrepreneurs that Skoll and others fund stands between the private and public sectors, applying new tools and approaches to the work government has traditionally done. But in a new book, Getting Beyond Better: How Social Entrepreneurship Works, Skoll Foundation chief executive Sally Osberg and Roger Martin, former dean of the Rotman School of Management, present a model of social enterprise that directly engages government in a number of critical ways.

They offer a helpful definition of social entrepreneurs, as distinct from direct social service providers and social advocates. Social entrepreneurs, they write, “seek to shift a stable but suboptimal equilibrium in a way that is neither entirely mandated nor entirely market driven. They create new approaches to old and pernicious problems.”

Social entrepreneurs who fit this definition include Muhammad Yunus, the pioneer of “microfinance”, or Molly Melching, the founder of Tostan, who found a way to convince African villagers to reject female genital mutilation on their own terms.

It is interesting, and significant, that social entrepreneurs have found ways to work with government rather than around it. They increase “the willingness or ability of the government to invest” in a particular government service “by reframing the way its value is articulated”. Madhav Chavan, for instance, found a way to measure the efforts of Indian teachers in terms of actual student learning, creating an incentive for the government to invest not in inputs (the numbers of teachers in the field), but in outcomes — the numbers of literate students. As Paul Farmer, the founder of Partners in Health, puts it: “Nongovernmental organisations can and should strengthen the faltering public sector.”

The public sector, however weak, provides vast scale. And, for all its flaws, it is a source of legitimacy. What is more, it turns out that private entrepreneurs can do more public good when they team up with government. The ride-sharing company Lyft, for instance, has partnered with government planning agencies in California on data-sharing projects to help provide a more detailed picture of how it fits into the regional transport network. It has also shared data about how many customers call Lyft to be picked up or dropped off near train, bus, or subway stations, raising the possibility of an integrated public-private transit system.

For its part, the American Public Transportation Association has published a report on “Shared Mobility and the Transformation of Public Transit”.

There are similar examples in other industries. Airbnb has agreed with the cities of Portland and San Francisco to help streamline disaster response by identifying hosts who will take in needy citizens in the event of an earthquake or other emergency and sharing that information with city planners. Uber has launched a pilot project with Macomb County in Michigan to offer free rides for jurors and has begun a programme in several cities to increase the number of Uber drivers with wheelchair-accessible vehicles.

The larger point here is the emergence of an ecosystem for public problem-solving in which government is no longer the only or even necessarily the primary actor. It includes universities, public policy organisations, direct service and advocacy groups, social enterprise and far-sighted private enterprise. All must learn to work together more closely. If they do, the result will be a new model of effective, engaged and connected democracy.

The writer is president of New America, a think-tank, and an FT contributing editor