If you think the same, join us
Coronavirus: The world after the pandemic
See all 13 stories
Opinion Coronavirus pandemic

Capitalism is not to blame, it’s our escape route out of this mess

Jump to comments sectionPrint this page
Newsletter: The Road to Recovery

Expert coverage of how business and the economy are recovering, post-pandemic. Delivered 3 times a week.

The coronavirus crisis represents a reckoning for capitalism. And it’s not just Jeremy Corbyn saying so. A host of virtuous voices are insisting that any bailouts must separate the corporate sheep and goats, with exemplary punishment for firms that have used such abominations as offshore registration, share buybacks and dividends. Even the FT insists that “one of the consequences of the pandemic must be a redrawing of the relationship between business and society”.

This misreads not just how we got into this mess, but how we can get out of it. Obviously, no one wanted a pandemic. Yet if it had to happen, now is arguably the best time in history. Imagine coping with the last few weeks of lockdown without Zoom, Netflix or Amazon. Imagine how quickly the government’s furlough website would have fallen over without cloud computing behind it. Imagine how much longer it would take to produce a vaccine without the efforts of official bodies, NGOs and pharmaceutical companies cutting the likely development time from years to months.

None of this progress was made in a vacuum. It was possible because the UK is a rich, sophisticated, free-market economy. One in which firms like Barbour can retool to make surgical gowns and scrubs for the National Health Service, or BrewDog can make hand gel. In which AstraZeneca can pile in behind Oxford university to scale up vaccine production. In which we have the wealth and creditworthiness to sustain the economy, albeit at enormous cost, through months in the deep freeze.

The one blessing of this epidemic is that the burden has, so far, fallen largely on countries that are able to cope. This is in sharp contrast to pre-crisis predictions. Economists such as Larry Summers, who warned of the risk of pandemics, universally assumed that the developing world would bear the brunt. A World Bank study in 2013, for example, predicted that a severe pandemic “would bring shared misery . . . with the poor and those in fragile states hit the hardest”.

The reason for such forecasts was simple and well-founded. As with the effects of climate change, it is wealth that is the best long-term guarantor of resilience. In recovering from this crisis, it is vital that we remember that lesson. The reason that Rishi Sunak is breaking the bank to preserve the private sector is because the chancellor knows that it is on the private sector that recovery will rest. We will not just be relying on the private sector to mass-produce and mass-market vaccines, tests and Personal Protective Equipment, but to deliver the growth, jobs and tax revenue that pull us out of this hole.

In the wake of the 2008 crisis, Britain benefited not just from an independent monetary policy, but from a far more flexible labour market than many of its European counterparts. The result — coupled with tax cuts on business and employment — was that we put on more jobs between 2010 and 2015 than the rest of the EU put together.

With millions more people now heading for the dole queue, the most valuable thing that ministers can do is not mouth pieties about social contracts but focus on bulldozing any and every obstacle to growth and job creation. That means spending less time pinpointing which businesses are “good” and which are “bad”, and more on supporting businesses of every kind — on genuinely making Britain the best place to start, grow and run a company.

It’s true that this crisis has things to teach us. We have very clearly optimised the economy — and indeed the health service — for efficiency rather than resilience. Vast interconnected supply chains are wonderful things but acutely vulnerable to the disappearance of individual components. Construction businesses who have attempted to keep working, with appropriate disinfection and distancing, have found themselves thwarted by the shuttering of builders’ merchants, or suppliers of components such as mortar or interior doors.

Yet, at the same time, government command and control does not have a much better record: it is striking that the health systems that coped best with the epidemic, in Germany and South Korea, had a much wider range of provision and much more decentralisation of functions like testing.

In the wake of the corona crash, there will inevitably be sectors that struggle. Making it as easy as possible for workers to move elsewhere has to be a key aim of policy. So does preserving Britain’s small and family businesses, which create the lion’s share of jobs and have long been neglected by Whitehall.

But the lesson of this crisis is not that the free market needs to be fixed. It is that it is still the best tool we have for delivering prosperity. Let’s stop obsessing about what kind of capitalism we want to have after the crisis and be grateful we have it at all.

Explore the series
READ MOREGary Cohn
Gary Cohn: Crisis is speeding up the end of cash 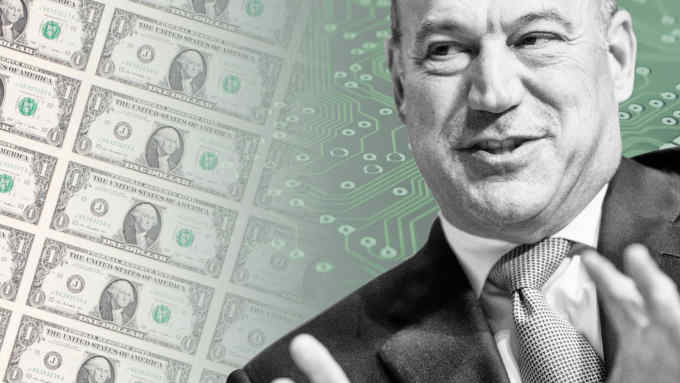 As society begins to look beyond the crisis, the FT asks leading commentators and policymakers what to expect from a post-Covid-19 future