The challengers were selected by Res Publica, Google, Visegrad Fund and the Financial Times
Jump to comments sectionPrint this page

The 2017 New Europe 100 is the fourth annual list of central and eastern Europe’s brightest and best citizens who are changing the region’s societies, politics or business environments and displaying fresh approaches to prevailing problems.

The aim is to raise the profile of the changemakers in emerging Europe and to build connections among those in the vanguard.

The individuals from 14 countries were selected by Res Publica, the Warsaw-based journal; Google; the state-supported Visegrad Fund promoting integration within central Europe; and the Financial Times.

Anita Klasanova
Co-founder and chief technologist of Roo Brands, which makes energy bars and cookies from dried fruits, raw nuts and superfoods. The inspiration for the company came from Ms Klasanova’s search for healthier snacks for her own children.

Dimitar Dimitrov
Chief executive of Tickey, an app that makes it easier for people to use public transport.

Alexander Naydenov
Co-founder of PaperHive, an online hub where scholars can collaborate in reading complex texts.

Alexander Astafiev
Co-founder of NeoSound, which has developed acoustic analysis technology that can be used by call centres to detect the emotions of speakers.

Daria Minsky
Founder of kyky.org, a Belarusian magazine, and co-founder of Exponenta, an AI tool that helps content go viral.

Matija Zulj
Founder of Agrivi, a platform that helps farmers monitor and analyse crop data. Mr Zulj came up with the idea after running a blueberry farm and struggling to find advice on farming techniques.

Nenad Bakic
A serial entrepreneur who has helped change the way Stem subjects are taught in Croatian schools.

Karel Kovar
Video-blogger, also known as Kovy, who has more than 600,000 followers on his main YouTube channel. In addition to pranks and parodies he discusses politics and social issues.

Adam Podhola
Co-founder and leader of the Zachran Jídlo organisation, which tackles the problem of food waste.

Ivo Lukacovic
Founder of Seznam.cz, a portal and search engine, and Windy.com, an app that provides real time data on wind.

Ondrej Steffl
Founder of a new brand of primary schools, called Scio, based on the latest findings in pedagogy and psychology.

Jan Mayer
Data analyst who has helped in fighting fake news with The Beacon Project.

Markus Villig
Founder and chief executive of Taxify, a ride-sharing app that has emerged as a rival to Uber in a number of key markets. The company is backed by China’s car-booking group Didi Chuxing.

Maarja-Leena Saar
An open data activist who has been one of the main drivers behind Open Knowledge Estonia.

Kustas Koiv, Ott Reinhold, Kristjan Hiiemaa
Co-founders of Barking, a platform that allows organisations to rent out their parking spots in cities.

Laszlo Bekessy, Andras P Toth
Inventors of CodeBerry, a platform that teaches people how to code.

Piotr Hołubowicz, Artur Racicki
Founder of Seedia, a company that creates eco-friendly products that harvest solar energy, such as benches.

Wojciech Pazdur, Kamil Bilczyński, Robert Siejka
Founders of The Farm 51, a computer games company whose projects include an educational virtual reality tour of Chernobyl after the nuclear disaster.

Tomasz Zernicki, Piotr Szczechowiak
Founders of Zylia, which has developed a technology that uses just a single microphone to record multi-track sounds that can later be separated.

Ignacy Morawski
Founder of SpotData, a platform for visualising and analysing economic data.

Miroslaw Filiciak
Associate professor at the SWPS University of Social Sciences and Humanities and creator of Cyberforum, a website that publishes research on culture and digital technology.

Joanna Urbanska
Middle school science teacher who runs the Edu-Initiative Foundation, which encourages kids to create social projects and raise funds for them.

Anna Grabczewska
President of the Children’s University Foundation, which offers lectures and workshops for children age six to 14.

Natalia Hatalska
Founder and chief executive of the Infuture Hatalska Foresight Institute, which forecasts future trends, and author of the hatalska.com blog.

Pawel Gora
PhD student at the Faculty of Mathermatics, Computer Science and Mechanics, Warsaw University. He is working on Traffic Simulation Framework software, modelling and optimising traffic in cities.

Maria Belka
Chief executive of Bit Evil, an IT and digital marketing company.

Cristiana Bogateanu
Co-founder of Device Hub, an internet of things company and Academia Inventeaza, a robotics school for children.

Michal Mesko
Co-founder and chief executive of Martinus, an online book-reseller and chain of brick-and-mortar bookstores. He has also founded the Foxford chain of coffee houses and Dibuk, an ebook distribution platform.

Lucia Sickova
Co-founder of Pixel Federation, the games company and leader of the company’s Edufactory initiative to apply gamification to learning.

Jan Urbancik
Chief executive of digital agency NetSuccess and founder of konspiratori.sk — a list of fake news and conspiracy sites in Slovakia and Czech Republic.

Ales Spetic, Marko Mrdjenovic
Founders of CubeSensors, which makes connected sensors for monitoring everything from air quality to noise in the home.

Damjan Malis
Co-founder of Ulla, which makes a gadget that reminds people to drink enough water throughout the day.

Irina Prokofieva
Co-founder of Make me better, a non-profit project to provide mentoring for people at the start of their careers.

Andrii Karpiuk
Founder of BIOsens, which makes an IoT biosensor to detect mycotoxins in food.

Rustem Akishbekov, Anna Iarotska
Creators of Robo Wunderkind, a robot that teaches children from the age of five upwards how to code.

For more details of the New Europe 100 list see www.ne100.org

This article has been amended to reflect the fact that Aurelijus Liubinas is based in Lithuania, Robo Wunderkind is a Ukrainian start-up and Jan Mayer is based in the Czech Republic. 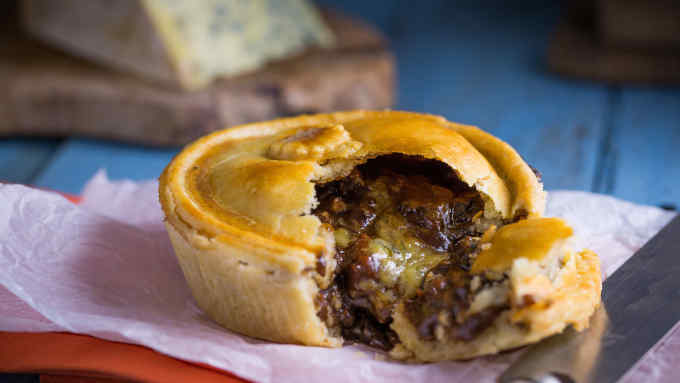