A robot named Gekko: ‘quant’ funds home in on the bond market

Robin Wigglesworth in New York and Laurence Fletcher in Cambridge

In a red-brick building in the suburbs of the English city of Cambridge, a group of young computer scientists chat and joke about the latest tweaks to their codes. But rather than a new iPhone app, they are attempting to create the next “bond king” out of algorithms and data.

Dressed casually in jeans and T-shirts, Cantab Capital’s brainiacs — with backgrounds in fields such as astrophysics and molecular biology — are writing programmes that surf the undulations of the bond market. The aim: to copy the best features of human traders but without any of their foibles or frailties.

“An active credit trader is ‘feeling the tape’. We want our models to replicate that behaviour,” says Anthony Lawler, co-head of GAM Systematic, the arm of the Swiss asset manager that owns Cantab.

This is the new world of bond investing. An old-fashioned industry that for decades has largely been the preserve of imperious fund managers in London, New York or Los Angeles barking trades down the phone to their brokers — the best ones routinely anointed “bond kings” by the press — is now being targeted by computer-driven hedge funds keen to boost their returns.

“This feels like the early days of the ‘quant’ equity industry,” says Paul Kamenski, co-head of credit at Man Group’s Numeric unit, alluding to the development of “quantitative” strategies in the stock market. “A lot of the research is in the early stage but the pace of advancement is likely to be faster. There’s a realisation that this is an untapped market.”

Man Numeric launched a systematic bond platform late last year, initially focused on US junk bonds but with plans to expand it into investment-grade corporate debt over the next year.

Man is wary of giving away too much detail, but one area the hedge fund has found fruitful is “alternative data”, non-traditional information such as credit card purchases, trade receipts and shipping data. This can help to parse private companies that do not disclose regular financial statements and to map out linkages between companies that are competitors and clients. It can also exploit leads and lags between how their bonds react to developments. 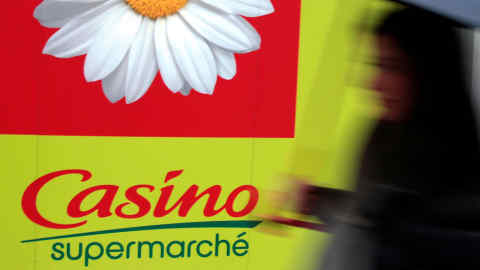 For example, if a cement company seems to be doing well, then it might indicate that the homebuilders it supplies are also booming.

One big barrier has been the complexity of the bond market — especially corporate debt. Whereas a company may issue just one or two types of equity, it could issue tens or even hundreds of types of bonds, with varying legal safeguards, currency, maturity and coupon payments. Moreover, big macroeconomic shifts — such as interest rates — can have a major but unpredictable impact.

Yet advances in computing, cleaner, longer-term trading data and a critical mass of bond market research have now created a tipping point for systematic fixed income investing, according to Linda Gruendken, lead scientist at Cantab.

Not everyone is convinced that bond markets represent a new gold rush for quants. Mihir Worah, one of Pimco’s top executives who leads its own quant efforts, points out that groups like his have already been mining the bond market’s inefficiencies for decades.

“It’s the next frontier. But the pickings may not be quite as fertile as some people think, as the easy pickings are already done,” he says.

Trading is the biggest challenge. Trading volumes in bonds tend to be much lower than in the stock market, and transaction costs are high. This means that even potentially lucrative signals can be difficult to exploit in practice.

Cantab tries to minimise this problem by trading the more liquid credit derivatives and indices of credit derivatives, rather than the underlying bonds. Even so, a human touch is needed. Cantab’s algorithm — named “Gekko” after the famously greedy financier Gordon Gekko of the film Wall Street — will spit out orders in neat sentences. But a human trader still has to copy the sentence and paste it into the live chat windows he or she has open with the banks.

GAM’s shift into credit comes as the firm tries to revive its fortunes following a scandal surrounding a top fund manager, which came after a big writedown on the acquisition of Cantab. Last year Cantab’s Quantitative fund lost 23 per cent, although this year it is up 22 per cent.

AQR, the quant investment group that launched its first systematic bond mutual fund last year*, faces a similar challenge. “When the rubber hits the road, someone sometimes has to do the trades,” concedes Scott Richardson, co-head of fixed income at AQR. “There are times the model will want to execute a trade and we can’t do it.”

However, bond markets are also slowly but surely becoming more reliant on machines. At the moment only smaller trades can be automated, with big-ticket or more bespoke deals still arranged by messages and phone calls. But some predict that we are only at the early stages of a bond market revolution.