Cloud computing is still in its infancy. Most big companies are assessing how far to go in shifting computing tasks into the giant, centralised data centres that form the cloud, and it will be years before most existing computing workloads move to it, if ever.

The case for the cloud so far has been based on its potential to lower computing costs and increase business flexibility. By tapping into a large cloud computing company, such as Amazon Web Services (AWS), clients have hoped to move more quickly and cheaply to increase or decrease their computing resources as their needs change.

Artificial intelligence
How to robot-proof your children’s careers 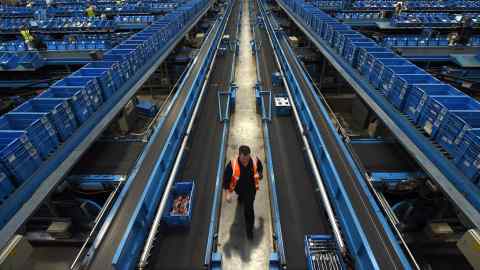 However, the cloud is evolving more quickly than many executives realise. “Just about every decade a new platform comes along that completely disrupts computing,” says Tom Austin, an analyst at tech research company Gartner.

The most recent change, he says, has involved a combination of cloud and mobile, with smartphones acting as the delivery mechanism for services in the cloud. But this is starting to evolve into the next thing. Mr Austin says this will be the combination of artificial intelligence (AI) and the cloud.

Microsoft currently offers more than 20 such “cognitive services”, such as analysing images, known as computer vision, and language comprehension. Cloud-delivered services like these are starting to proliferate. AWS, for example, has added predictive analytics — data mining to forecast trends — to its cloud services, opening up machine-learning algorithms first developed for internal use.

In May, Google announced that application program interfaces (APIs), tools used to develop software, would be available so others could tap into three of its in-house services: translation, speech recognition and computer vision. Google said its speech recognition API could turn a client’s audio file into a written transcript in 50 languages.

Such technologies have many potential applications. Facial recognition technology, for instance, could lead to more effective security and access control systems. In retail, this same technology could alert staff to the identity or interests of potential customers and help them make a sale.

Meanwhile, many of the first uses of technology that “understands” language have focused on customer assistance, replacing the rigid menus in telephone response systems.

This has been followed by experiments with language capabilities. These are being embedded in many intelligent agents, such as digital personal assistants and chatbots, to discover what types of interaction with computers work best in conversational form.

Satya Nadella, chief executive of Microsoft, calls this approach “conversation as a platform”. It is a development that could be more significant than the touchscreens that triggered the smartphone revolution.

For example, voice-responsive AI systems now handle fairly simple customer requests, like dealing with minor banking queries or ordering a pizza. The next probable step is to develop voice AI services so they can integrate information from different sources, such as digital diaries, online maps and corporate websites, and co-ordinate meeting friends and car rides with visits to restaurants and cinemas for users.

Sundar Pichai, chief executive of Google, speaking as his company reported its latest earnings in April, expressed great hopes for AI. Machine learning, whereby computers teach themselves, and artificial intelligence are technologies his business has invested in for years. Mr Pichai said they have now reached a point where they will start to have a far greater effect on the company and its cloud customers.

“I think we will evolve in computing from a mobile-first to an AI-first world.” 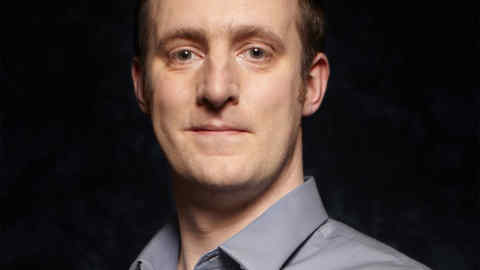 If you accept this view, moving data storage and computing to the cloud will be only the first step in a far bigger transition. Once liberated from the confines of internal IT structures, companies will find other benefits, such as tapping into more varied feeds of data and accessing intelligent services.

With such capabilities, the thinking goes, companies will be able to infuse their own services with this intelligence thanks to the “AI in the cloud”. Using the public cloud to provide services over the internet is the first essential move. “You have to use the cloud to access large pools of publicly accessible information,” says Gartner’s Mr Austin.

According to Eric Schmidt, chairman of Google’s parent company Alphabet, operating in the cloud will allow companies to grow rapidly by tapping into crowdsourced data, from social media for example. Having access to machine learning and other forms of AI that companies like his can provide means the next truly disruptive businesses will emerge from this potent mix, he said.

The big computing companies are looking ahead to the emerging fight. Google, for instance, has been an also-ran in cloud computing so far. It relaunched its cloud services this year, with the admission that it had not found the right approach to appeal to potential customers.

The company is trying to persuade possible clients to look ahead to the era of AI in the cloud, saying it will usher in a different way of using computers, according to Mr Schmidt. “It’s clear to me [AI] is going to be the foundation for the next layer of programming,” he said in March.

Echoing the late Steve Jobs, he called this the “one more thing” — the unexpected bonus that would outshine all other benefits of moving to the cloud.

Other big tech companies are also staking out their claims to this emerging world. “I think that, for us, we will obviously battle with the best of them on AI,” says Microsoft’s Mr Nadella, before suggesting his company and Google are probably ahead in this field.

The potential uses for AI will affect many industries, from car manufacturing to pharmaceuticals, says Kara Sprague, co-head of cloud practice at consultants McKinsey.

“These are all fascinating use cases that will require large amounts of data and they’ll rely on the public cloud,” Ms Sprague adds.

When the smartphone revolution took hold, many in the tech world predicted that entirely new and disruptive businesses would result, even if it was difficult to predict exactly what they would be.

Drones
Technophobia is so last century: fears of robots, AI and drones are not new 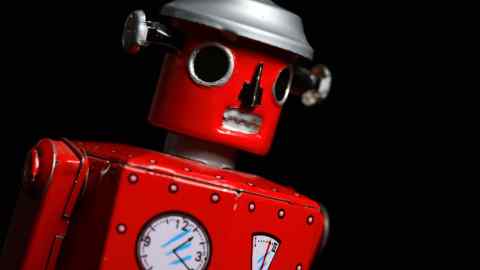 One result was Uber, a company that operates in a market few had thought would be overturned by digital technology. Something similar is likely to lie ahead with the emerging AI in the cloud, according to Google’s Mr Schmidt.

As always with big technological shifts, however, much will depend on timing. The greater the hopes, the more chance of disappointment for the unwary.

“I worry about a deep depression in this space as we go into the next hype cycle,” says Mr Austin. “But on the other hand, it will be revolutionary.”