Michael Gelband, the star fixed-income trader who was once seen as heir apparent to Izzy Englander at Millennium Management, has raised more than $8bn for his own fund — which would make it the largest hedge fund debut ever.

Mr Gelband, who was Millennium’s head of fixed income, and Hyung Soon Lee, a former head of equities at the hedge fund, are starting ExodusPoint in early June with a sum that eclipses the previous largest launch by more than $1bn, according to a person familiar with the fund.

ExodusPoint has already hired dozens of managers to trade bonds and equities in New York and London, including many from Millennium and some from Man Group’s GLG unit, according to other people.

Mr Gelband, a 59-year-old Wall Street veteran, was the global head of capital markets at Lehman Brothers before its collapse, when he left for Millennium. He spent the first 24 years of his career at Lehman before leaving in 2007 in a disagreement with senior management over the future of the fixed income business — only to be brought back 14 months later to help oversee equities and fixed-income during the crisis.

At ExodusPoint he is expected to replicate Millennium’s “eat what you kill” style, where traders acting independently of one another focus on their own strategy and are compensated according to their own performance.

The fundraising at ExodusPoint comes amid a spate of mega-hedge fund launches.

Mr Coffey, an emerging markets macro trader who built a reputation for outsized returns in the run-up to the financial crisis at GLG, is due to launch in London later this year with expected commitments of more than $2bn from investors. It is likely to be the largest launched in Europe so far this year.

Fund management
Reputation of hedge funds is hacked back hard 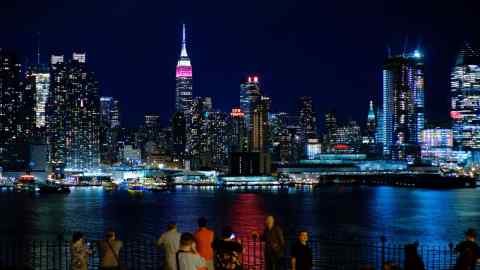 Steve Cohen’s Point72 launched with $12bn this year, but about $9bn of that is said to be money from his own family office, which he had continued to run during his ban from the hedge fund industry.

Hedge fund closures have outpaced new launches for the past three years, according to data from HFR, as the cost of starting a fund rises and investors gravitate to marquee names with strong track records at existing large funds.

Investors have hesitated to put money in hedge funds at all in recent years. The $3.3tn industry has attracted just $13.7bn so far this year, after inflows of $27.7bn in 2017 and net redemptions of $111.6bn the year before.

Inflows so far this year have been concentrated in the biggest hedge funds, eVestment said. More than half of all managers have suffered net redemptions.

The previous largest hedge fund launch was Convexity, led by Jack Meyer, former head of the Harvard endowment, which raised $6.3bn in 2006. The size of ExodusPoint’s fundraising was earlier reported by HFM and Bloomberg.

ExodusPoint has also hired Enrico Corsalini from Millennium as chief operating officer, and Michael Neus, formerly of Perry Capital, as its general counsel.