A cut-throat price war that has caused fees for mainstream exchange traded funds to sink to unprecedented lows may have now run its course, industry professionals believe.

Average expense ratios for passive equity ETFs have almost halved from 0.34 per cent to fell to just 0.18 per cent in the US during the past decade, according to the Investment Company Institute, a trade body. Index-tracking bond ETFs are cheaper still at 0.14 per cent, down from a peak of 0.26 per cent in 2013, while some equity funds managed by Fidelity Investments are now free.

This has tempered the profitability of ETF providers, even as global assets have risen fivefold to $7tn in the past decade according to data from ETFGI, a consultancy.

However, half of industry professionals, up from 38 per cent in 2018, believe fees for traditional index-tracking ETFs have reached the minimum price point possible, according to a survey by EY, the professional services firm.

Even most of those anticipating further declines only see fees for mainstream passive funds slipping by one or two more basis points.

“I think we are probably at the bottom at this stage,” said Kieran Daly, a partner in the wealth and asset management practice at EY. “The only way I can see fees fall further is if we have significantly more inflows,” allowing for greater economies of scale, he added.

Deborah Fuhr, founder of ETFGI, a consultancy, said $2.7tn of industry assets were now held in funds charging less than 10bp, and a further $1.85tn in those charging 10-20bp.

However, she said it was “hard to say” that fees for plain vanilla ETFs were now as low as they could get, because assets were continuing to rise and, in the US at least, fund managers were able to retain the revenues from securities lending, helping offset costs.

Amin Rajan, chief executive of consultancy Create-Research, said fee compression “still has some way to go, particularly as newcomers such as Invesco are trying to muscle in and the only way they can scale up their business is by having lower fee funds to compete with BlackRock and Vanguard,” the industry’s dominant forces.

However Mr Rajan believed the ETF industry was in the process of transitioning from one where rival managers compete on fees to a scenario where the chief selling point is the quality of engagement with investee companies.

In time this might not only lessen downward pressure on fees, but potentially even partially reverse it as the costs of greater environmental, social and governance (ESG) engagement need to be factored in.

In contrast, 95 per cent of industry figures believe fees for actively managed and so-called “smart beta” ETFs, which are typically far higher, will fall further, the EY survey, based on the views of managers controlling 51 per cent of ETF assets, found.

More broadly, Mr Daly said the ETF industry had continued to power ahead this year despite the difficult backdrop: stripping out March, the peak of the coronavirus-driven market sell-off, inflows had matched last year’s record.

Industry assets would hit $10tn by 2025, he predicted, aided by a growth in self-directed retail investment that has been facilitated by a collapse in face-to-face meetings with financial advisers amid the pandemic. 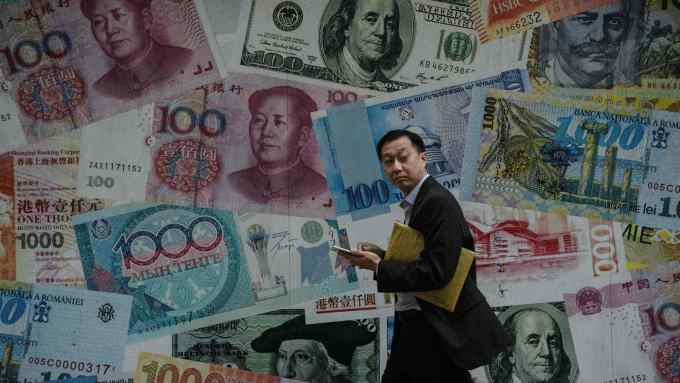