Open your mind to meditative art

“The studio functions as a sanctuary for me,” says 36-year-old self-taught artist Landon Metz. “Entering that room, something special happens for me. I’ve created an environment that helps me get to that place.” In his minimal white cube of a work space above the hubbub of New York’s Chinatown – a room dotted with plants and iconic pieces of design-furniture, including a pea-green Varier Ekstrem wiggle of a chair – “that place” is one of calm and quiet. It’s a meditative state of focus that is translated into flowing abstract forms, created with softly-hued washes of dye in compositions that can span several canvases. The canvases themselves are also stretched by Landon, part of another ritualistic process. “But when it comes to just the visual language of the paintings themselves,” he adds, “they kind of come out how they come out.”

This meditative approach to abstract painting harks back to the colour fields of Mark Rothko and the minimalist grids of Agnes Martin, who advocated an emptying of the mind according to her beliefs in Zen Buddhism. As artists explore afresh the link between mindfulness and creativity, so too are psychologists and therapists. While a 2012 study by Italian cognitive psychologist Lorenza Colzato concluded that certain meditation techniques can promote creative thinking, the 2019 survey conducted by Dr Daisy Fancourt, an associate professor of psychobiology and epidemiology at University College London, suggested that artistic activities trigger emotion regulation strategies – mechanisms that are increasingly considered key to good mental health. Further studies indicate that engaging in a creative activity can reduce levels of cortisol – the primary stress hormone.

At London’s Waddington Custot gallery, Metz’s current show (Love Songs, on until 26 Jan) – a rhythmic sequence of biomorphic forms seeping over raw canvas – is immensely calming. “My hope is that someone will have a similar experience being in front of the work that I had while making it,” he says of the pieces that were swiftly swooped upon by collectors from Zurich to Hong Kong. “For me, the process keeps me in a place that makes the rest of my life more manageable. I’m a sensitive person and life is a lot sometimes. So I think the studio practice is a means of metabolising the world, working through things and coming out of it more present. More available. And, just for myself, more capable.”

It’s art as self care, something that also applies to the work of Los Angeles-based Jennifer Guidi, whose nine large abstract canvases managed to create a moment of quiet contemplation when they were shown – and all sold – by Gagosian at Frieze London in October. As part of a series titled Painted Universe Mandalas, multiple colours are built up with layers of sand and paint, and finished with a radiating pattern based on the circular motion of Tibetan monks working together on a sand mandala.

“I think of all my work as a meditation and also an energy source,” she says. “The idea of energy vibrating and coming from the heart is very important to me. I guess my process is similar to yoga; like when you know you’re going to be in a pose for a long time and it seems like it’s going to be hard, but you push yourself beyond that point and then you get the benefits from it. I think that when you can let yourself and your thoughts go, that’s when you can really be open to channelling new ideas.”

In Portland, California-native Chris Johanson’s swirling “abstract flows of colour” also reference mandala paintings. “I focus on not knowing what I am doing while my body carefully and slowly paints these colours next to each other,” writes Johanson in Considering Unknow Know With What Is, And (published by New York gallery Mitchell-Innes & Nash). “All the while, I think about everything else – past, present and future, myopic and hyperopic.” Working on raw canvas slows down the painting process. “You think about things slowly, too,” he says. “The process is perfectly time consuming; it just mellows me out completely. They’re peaceful paintings to make. And I think you can see it. That’s why they resonate.”

Active, or dynamic, meditation was first expounded by Indian spiritual guru Bhagwan Shree Rajneesh (the controversial subject of Netflix series Wild Wild Country, who relocated his ashram from India to Oregon in 1981), but the general idea is also at the root of a new wave of art classes aimed primarily at promoting mindfulness. California is, unsurprisingly, well catered to. At the California Centre for Creative Renewal, located in the coastal hills of Encinitas in north San Diego County, art therapy sessions are offered alongside garden-based drawing and painting classes. In LA, The Art Process offers “mindful mixed media art workshops for creative exploration and wellness”, while artist and teacher Ariel Fabian Lijtmaer leads transformative meditation workshops using art and live music.

How To Spend It
Ruby Wax: ‘It’s like my thoughts have been arm-wrestling with me’ 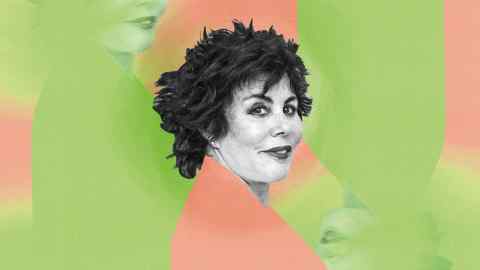 In London, meanwhile, former City banker Zena El Farra founded the Belgravia workshop space MasterPeace in 2019 to explore painting as a form of mindfulness. “Towards the end of my career in banking, painting was my way of de-stressing,” says El Farra. “I thought, how could I make painting as accessible as yoga for busy corporate people to unwind and relax? Our core audience is the person who says ‘I couldn’t draw a stick man’.” The signature coached painting class, based around projecting a photo onto a canvas, attracts, predominantly “a 25- to 35-year-old professional female, probably with a very high-pressure job”, says El Farra. “Corporate wellbeing is also a really important part of what we do.”

The link between mindfulness and art is also increasingly being considered by museums – from Manchester Art Gallery (whose health and wellbeing manager is a mindfulness practitioner) to MoMA in New York, which runs monthly “quiet mornings” with guided meditation sessions. This year the charitable foundation Wellcome will launch Mindscapes, a cultural programme including exhibitions, films and artist residencies from Berlin to Bengaluru that will be focused on mental health. Its aim is to address the fact that “one in four people experience a mental health problem every year but for decades treatments have hardly progressed”. The answer? “A holistic scientific, social and cultural approach is needed, now more than ever.” 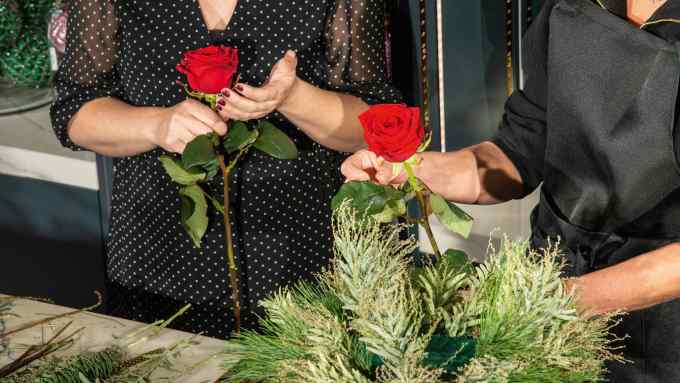