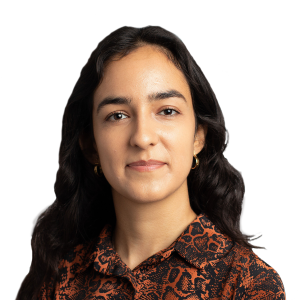 “Oh please, we ain’t got no Ps”, sings south London rapper Loyle Carner about his lack of cash.

His words echoed my feelings this year when I tried to buy tickets to his show at London’s Roundhouse. Having eagerly logged on to See Tickets, memorised my bank details and pressed refresh at precisely 9am, I was frustrated and quite surprised that the final stop on his tour had sold out within 30 seconds.

But all was not lost. Soon afterwards, a secondary ticket website, Viagogo, was able to provide a ticket to the same show. The only problem was the price — a cool £237, nearly 10 times the original price of £27.50. I really didn’t have the Ps to afford that. Increasingly, artists are finding ways to thwart secondary platforms from selling tickets for huge mark-ups, partly because they don’t want fans to be ripped off — but also because they are not making many Ps from it either.

Regulators, for once, are singing the same tune. The Digital Economy Act which came into force this year criminalised the use of bots — a software application able to carry out huge numbers of automated tasks at speed — for the purposes of ticket resale. Ticket touts can use bots to buy up hundreds of concert or sports tickets in an instant, which are then resold on secondary platforms.

Competing against robots means individual fans like me have a very slim chance of getting to see a show. Touts defend their business model, saying inflated ticket prices simply reflect levels of supply and demand in the marketplace, but I disagree. Adam Smith’s hand was invisible, not automated.

As Labour MP Sharon Hodgson, co-chair of the All Party Parliamentary Group on Ticket Abuse, puts it, this is not free marketeering but “daylight robbery”.

“Nobody’s had a chance to buy [the tickets] at the original price, so everyone thinks we have to pay more,” she says.

The system requires fans to take a photo ID and the card they used to buy the tickets to the show, is not very rock ‘n’ roll, but it’s a hassle that fans are prepared to accept

A growing number of artists have attempted to control the resale of tickets to their shows. Iron Maiden’s 2016 anti-tout initiative resulted in tour ticket listings on secondary sites falling by 95 per cent compared with the heavy metal band’s 2011 tour.

The system, which requires fans to take a photo ID and the card they used to buy the tickets to the show, is not very rock ‘n’ roll, but it’s a hassle that fans are prepared to accept. The Glastonbury festival has required photo ID for entry for a decade, and only accepts face value resales via its authorised ticket platform.

In an attempt to teach ticketing sites a lesson, Ed Sheeran last year cancelled around 10,000 tickets which had been resold at inflated prices on a variety of secondary platforms. However, many fans are still fighting to claim refunds from resellers.

The Arctic Monkeys, Elton John and The Pixies are among the big-name acts to support Twickets, where tickets can only be re-sold at face value.

Ian McAndrew, manager of Arctic Monkeys, described secondary ticketing as a “murky, distorted and under-regulated marketplace where a relatively small number of speculators harvest large volumes of tickets adopting a range of questionable and sometimes illegal methods, to the detriment of genuine fans”.

From next January, the UK’s Competition and Markets Authority is going to make reselling tickets for a profit even harder.

Last month, it secured a court order against Viagogo, having decided the Geneva-based reseller was not complying with UK consumer protection rules. From January 17 next year, Viagogo will have to tell customers the identity of ticket sellers, making it easier to spot if they are fans who can’t go or professional touts. It must also tell customers if events have restrictions barring entry to those with re-sold tickets, and will have to pay for independent monitoring of these rules. Rival platforms StubHub and Seatwave had already pledged to comply with the CMA’s overhaul of the rules.

Hopefully, the clampdown will prevent audience participation being restricted to the robots and the rich. But the next test will be how far regulators will go to enforce the rules. For now, in the words of rapper Loyle Carner, “ain’t nothing changed”.