The gold mining industry risks being ignored by large pension funds and other investors if it cannot justify the environmental impact of its activities, according to one of the sector’s most influential fund managers.

Speaking at an industry conference on Wednesday, BlackRock’s Evy Hambro said that people could more easily see the need to dig giant holes in the ground to mine energy transition metals such as copper and nickel — but that the case is less clear for gold.

“I think when it comes to other commodities that don’t play that role, it becomes much harder to justify why you’re having to do the digging in the first place,” Hambro said at the Mines and Money conference in central London.

Over the past couple of years, investors have become increasingly focused on environmental, social and governance metrics when deciding what stocks to buy and sell.

Apart from jewellery, gold has few industrial uses, and while the industry is a valuable source of employment and taxes in some of the poorest countries in the world, most of the gold mined today is stored in vaults.

“I think what we’re now starting to see from investors when you’re looking at the resources sector through the ESG lens . . . is which commodities are important against how they are produced” said Hambro, who manages BlackRock’s World Mining Trust and its World Gold Fund.

He told the conference that the gold industry needed to think together with organisations such as the World Gold Council about how they portray their story, particularly given the rise of cryptocurrencies that have recently garnered enthusiasm among some retail investors.

“Gold has been a financial asset, a means of exchange for thousands of years,” he said. “And I think it will continue to be the case a long way into the future, but we need to find a way of getting gold into circulation so that it actually becomes money.”

Hambro did not say how this might be achieved but one option, according to analysts, would be to allow investors to collect dividend payments from gold miners in bullion rather than cash, through a gold-backed exchange traded fund. These funds could then be linked to payment applications that offer customers the ability to spend gold like a currency.

Maike Currie
Diversifying your portfolio in a changing world 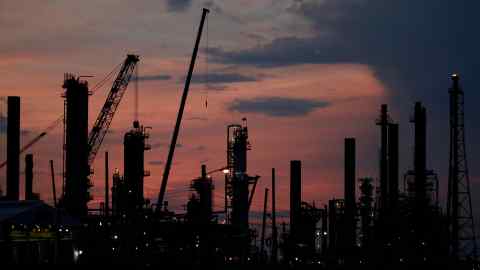 In 2016, Australian gold miner Resolute gave its shareholders the option of receiving dividends in gold paid into a personal account held with The Perth Mint, but few other miners have followed its lead.

The NYSE Arca Gold Bugs index, tracking big US miners, has shed around 14 per cent this year as the spectre of higher interest rates has dented the price of the precious metal that, unlike bonds, provides no yield. Gold prices are down 6 per cent per cent over the same period.

Hambro — who was speaking after US central bank chief Jay Powell conceded the risk of a prolonged period of higher inflation had increased — said gold would be a “natural place” for investors to turn to as a hedge against higher price growth.

“I think the prospects of inflation will be damaging to paper assets, principally currency, and we’re already seeing people reach for alternatives — crypto and others,” he said.