When the US Department of Justice imposed a $500m fine on Ranbaxy, the Indian medicines producer, in 2013, it highlighted the risks involved in the increasing globalisation of drug manufacturing.

From the middle of the previous decade, inspectors and consultants had been flagging up irregularities to the pharmaceuticals company. There were concerns about the incomplete testing of life-saving drugs, including an antibiotic and an epilepsy treatment; inadequate programmes to ensure their stability; deviations in production methods and inaccurate reporting to regulators.

But even two years after the Food and Drug Administration (FDA) had banned the import into the US of medicines from two of Ranbaxy’s factories, continuing concerns over quality and compliance led the regulator to extend its banin 2014.

The controversy also demonstrated the differences in the approaches of regulators in the EU and the US. While Ranbaxy’s products were banned in the US, no such move was taken by the European regulator, the European Medicines Agency (EMA).

Such transgressions, while rare, illustrate the changing pressures on medicines regulators, which the mooted Transatlantic Trade and Investment Partnership (TTIP) between the EU and the US could help to ease, as regulators combine forces and better channel scarce resources between the two regions.

While TTIP raises many other concerns, including by health activists, drug regulation is one area that seems less controversial.

“A legal framework will allow us to be able to rely more on US inspections,” says Emer Cooke, head of international affairs at the EMA. “That will allow us to release resources to adopt a more risk-based approach.”

Europe may once have been the world’s medicines chest, but today Asia is producing a growing share of both its completed drugs and the raw materialsthat go into them, putting fresh pressure on regulators to ensure high standards are maintained.

The EMA says some 800 Indian and Chinese medicine producers now produce drugs destined for Europe — equivalent to the number of US companies. More significantly, 2,500 of the producers of the “active pharmaceutical ingredients” used in finished drug production are now in Asia — more than in the rest of the world combined.

In comparison to the volumes involved, the share of regulatory concerns remains modest. Compared with 135 Indian companies given “good manufacturing practice” certificates in 2015, just six received statements of “non-compliance”. For China, the figures were 72 and six respectively. This represented a higher rate of failure than among producers in the US and the EU, however. Concerns included poor quality data and assurances over sterility and contamination.

The shift to Asia, which has been driven by global supply chains, a search for low-cost production and rapid expansion of sophisticated manufacturing in India and China in particular, has prompted US and EU regulators to change their working practices. 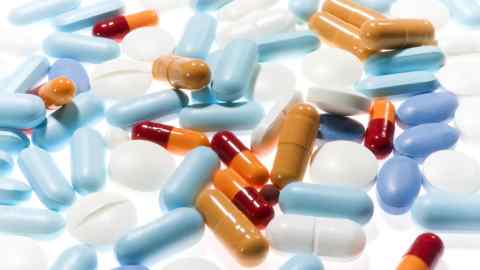 With scant resources or staff in Asia, the EMA and the FDA have instead focused on strengthening co-operation with their local regulatory counterparts in India and China. But, Ms Cooke says, “There are a large number of sites, and we carry out fewer inspections than we would like.”

While regulators concentrate on inspecting manufacturers at the source, to ensure the quality of their systems, the onus for testing batches of drugs imported into the EU and the US is on the companies themselves. Under current transatlantic arrangements, this process can lead to duplication.

A survey by the European federation of pharmaceutical industries and associations, a trade body, suggested that, in 2014, 10 companies importing 8,500 batches of drugs from the US to the EU had to spend €25m on retesting. The requirement was “burdensome and provides no added value to patient safety or supply chain security”, it argued.

There are a large number of sites, and we carry out fewer inspections than we would like

The federation supports a mutual recognition of inspections proposed in the TTIP deal, meaning that testing in one of the two regions would be accepted in the other. The result would not only be to reduce costs for companies, but also to permit easier shipment of drugs across the Atlantic to help close periodic supply shortages. For vaccines, for example, it said retesting currently added two months to delays.

Health advocates, critical of many other aspects of the TTIP agreement, are also relatively positive on this point.

BEUC, the European consumer organisation, does not question the value of tighter co-operation, but argues that it is possible without the TTIP. The EMA already has mutual recognition agreements with counterparts including Switzerland and New Zealand, for instance.

But questions remain about different EU and US approaches to regulation. “You will not always come to the same conclusion in an inspection,” says Ms Cooke. “There are different laws. Benefit-risk assessments and inspections are an evaluation at a specific point in time.”