We use cookies (opens in new window) for a number of reasons, such as keeping FT Sites reliable and secure, personalising content and ads, providing social media features and to analyse how our Sites are used.
Manage cookies
Accept & continue
Special Report Fintech

For the past four decades Luxembourg’s financial sector has been the principal driver of the country’s economy. The government now hopes that by encouraging fintech it will be able to insulate the industry from the challenges of the digital age as well as allaying concerns over the grand duchy’s high economic reliance on financial services.

That effort has taken on greater urgency over the past decade as banking secrecy has eroded and the government has been forced to rethink the business models of the country’s private banks. Reforms that threaten the country’s competitive advantage as a low-tax haven for multinational groups have also focused attention on how best to defend its status as a corporate hub.

Britain’s planned departure from the EU has provided policymakers with an incentive to build a fintech hub in Luxembourg that could attract UK technology companies looking to maintain a foothold in the EU.

Prime minister Xavier Bettel has made the country’s digital transformation a priority since succeeding the long-serving Jean-Claude Juncker in December 2013. Mr Bettel launched the Digital Lëtzebuerg [Luxembourg] initiative the following year as a platform for encouraging new technology in the financial industry as well as society as a whole.

“Digital Lëtzebuerg is about using digitisation as a lever for transformation and harnessing the huge potential that new technologies can offer,” he says. His aim is to make Luxembourg “a world-leading smart nation”.

The initiative includes support for start-ups, and particularly for innovation in fintech. 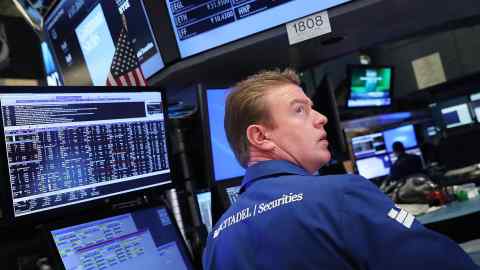 The flagship project to encourage fintech is the Luxembourg House of Financial Technology, opened with much fanfare in April with backing from the government and business groups.

The project will offer incubator facilities including co-working or office space for up to a year for early-stage start-ups, as well as organising events such as master­classes and hackathons.

Its focus is on insurance, banking and fund technology in areas such as digital investment and portfolio management, blockchain applications, payment platforms, data analytics, artificial intelligence, security and authentication. So-called “regtech” is viewed as a particularly promising growth area by regulators and institutions alike.

Nasir Zubairi, chief executive of the project, says it is sifting through applications from 50 start-ups, from Luxembourg and abroad, in order to select an initial roster of 10 incubator clients.

Mr Zubairi says Luxembourg is high on the list of potential locations for UK fintech ventures, especially those involved in payment technology, which are fearful of losing access to the European market. He says the grand duchy is attractive to the broader financial services sector as an entry point into the EU for companies from Asia and the US.

One success was the announcement in February by London’s e-payment services provider PPRO Group that it would launch operations in Luxembourg because of uncertainty about passporting rights for UK companies after Brexit. It joined companies such as Snapswap, a provider of blockchain-based payment services including cross-currency transactions through instant messages.

One draw for fintech businesses considering a move to Luxembourg is its multilingual workforce that is mostly comfortable in English as well as French and German. Also important is the presence of a large banking and finance sector that is finally rushing to embrace digital transformation, especially the possibilities offered by blockchain.

This is not before time, says Pascal Martino, head of Deloitte Digital in the country: “Luxembourg banks do not seem to have implemented tremendous improvements in terms of digital channels over the past two years.”

Some institutions, such as local retail bank BGL BNP Paribas, have a better record than others. It set up the Lux Future Lab incubator for entrepreneurs — not exclusively in the financial sector — as long ago as 2012.

Infrachain, an organisation backed by the government to speed the adoption of distributed ledger technology, launched in late 2016 and has backing from 11 local partners. This followed the creation last year of Fundchain, supported by another group of fund service providers and technology suppliers. It is also attempting to harness blockchain.

Olivier Selis, manager of Lux Future Lab, warns that Luxembourg’s limited workforce could hold back the growth of fintech, although efforts to instil tech skills are a priority for both government and the private sector. Mr Zubairi says it is vital to extend digital expertise: “If we can encourage the next wave of innovators — the youth of Luxembourg — that will be an important success.”