The kids aren’t alright: How Generation Covid is losing out | Free to read

When Mary Finnegan, 27, and her sister Meg, 22, left their Brooklyn apartment to return to their parents’ home in March, they took enough clothes to last two weeks.

Their stay stretched into months. “It was like a return to homeschooling: no boys, no play dates, nowhere to go, except home and the liquor store,” Mary told the Financial Times.

As the coronavirus pandemic worsened and universities closed, Mary and Meg were followed by three other siblings, turning the parental four-bedroom house in Washington, New Jersey, into a “food hall, a bakery and a gym”, according to their mother Lori.

The Finnegans are among the millions of young adults around the world who have moved back in with their parents since Covid-19 struck. In the US, the share of 18- to 29-year-olds living at home is the highest ever recorded.

While they are less at risk of developing severe forms of Covid-19, students and young workers are suffering from the pandemic’s economic fallout more harshly than other groups, data show. The pandemic has also amplified previous trends including low wages, stagnant job markets and rising student debt.

A global survey by the Financial Times, to which more than 800 16- to 30-year-olds responded, shows that these difficulties are translating into growing resentment towards older generations, which are both better off and holding greater political sway.

“We are not in this together, millennials have to take the brunt of the sacrifice in the situation,” said Polina R, 30, from Montreal, Canada. “If you won’t watch out that we don’t end up jobless and poorer, why should we protect you?”

Here is what they told the FT about their experiences during the pandemic:

‘I feel I am worthless’

Since graduating in August, 25-year-old Juyeon Lee from Daegu, South Korea, has submitted dozens of job applications. Although she has had a few interviews, she has grown rattled by the dwindling number of vacancies.

“I don’t want to get infected because if I do, job hunting would be harder . . . I feel I am worthless and I would never get proper work even though I was a confident graduate when I had interviews,” she said.

Those aged 25 and under are 2.5 times more likely to be without a job because of the pandemic than the 26-64 age group, according to the OECD. Studies have also shown that graduating during a recession can have a scarring effect on wages.

Among those still working, almost half reported a reduction in income, with young women and those in lower paid jobs the hardest hit, according to the OECD and the International Labour Organization. Many who wrote to the FT said they had to abandon business plans and dip into their savings.

In the developing world, unemployment often means no longer being able to support multiple generations of dependants: Komal Kadam, 28, from Maharashtra, India, was the only one in the family who earned money until she lost her job in March.

‘I refuse to stop enjoying life’

Many surveyed by the FT said they were afraid of catching or transmitting the virus, but others admitted to a more nonchalant attitude — a behaviour that has been criticised by political leaders as one reason for a resurgence of the pandemic in Europe and the US after the summer.

During the peak of the lockdown in the spring, Polina from Montreal had friends over. “I did not follow recommendations,” she said. “I travelled out of the country twice and have gone to bars, restaurants and theatres a dozen times.

“My risk tolerance is high and I refuse to stop enjoying life when no one has a plan and the people in power have no skin in the game.”

In many places, notably the US but also in Europe and south Asia, many respondents pointed out that it was often older people who defied public health regulations.

“Older generations believe whatever the internet tells them. They are misguided by WhatsApp forwards and YouTube videos,” Ajitha, 28, from Chennai, India, noted.

‘We are all being blamed for a crisis in leadership’

Many respondents said they were losing faith in their leaders and felt that the pandemic had been poorly handled — with the exception of some Europeans and respondents from parts of Asia.

“We are all being blamed for a crisis in leadership,” Anthony, 23, from Annecy, France, told the FT.

From his kitchen table-cum-office in Sao Paulo, Brazil, Danilo Ventura, 29, has watched his country cycle through three different health ministers since the start of the pandemic. “The world was saying A and Brazilian politics were screaming Z,” he said.

That lack of direction took a toll: Brazil has the second-worst death toll in the world after the US. Danilo and his wife quarantined following the regional government’s instructions, even though the country’s populist president Jair Bolsonaro attended crowded events.

Trust in government among young people has declined across the developed world since 2016, according to the OECD. “Their confidence in public institutions and their perception of having political influence and representation in decision-making have stalled,” said Elsa Pilichowski, who runs the OECD’s Directorate of Public Governance.

In the US and the UK, in particular, many told the FT that they felt the government had been inconsistent and slow to act.

“The airports were opened too long. The messaging on masks was disgraceful. I never got one until mid-June,” said John, 28, from Glasgow, Scotland. “My perception is that, shy of America, we really are handling this terribly.”

The pandemic has deepened political disenchantment, according to Naumi Haque, senior vice-president of research at Ipsos. “Gen Z and millennials are more likely to feel like things in their country are out of control right now than older generations,” he said.

Many contacted the FT saying they had entertained thoughts of harming themselves. “Unemployment, mental health difficulties, and uncertainty about when this will all end make for a pretty despairing outlook,” James, 30, from London, said. “At one point I was considering suicide,” he added.

Public health specialists have warned that the mental health impact of the pandemic will outlast the virus, as millions cope with depression, anxiety and isolation. Studies conducted in the UK and the US showed that those aged 18 to 29 experienced higher level of distress compared to other age groups during this period.

Back in New Jersey, five of the 10 Finnegan children have started going to therapy since the pandemic began. “Someone had a breakdown about once a week,” Mary said.

María Rodríguez, 25, originally from Spain but living in Krakow, Poland, said she decided to risk getting Covid-19 rather than falling into depression because of isolation.

“I am not afraid of going to cafés and [meeting] multiple people since I won’t get my family sick,” she said. “I chose my mental health over Covid.”

In May, Ola Demkowicz, a lecturer in psychology of education at Manchester university, surveyed hundreds of teenagers in the UK. Many of them described experiencing “a lot of very difficult, intense feelings” as they adapted to the uncertainty in their lives. “For those with existing mental health difficulties this appears to have been really quite a challenge,” she said.

‘A door to many new horizons’

Several respondents, however, said that the pandemic had allowed them to reconnect with their families and nature, as well as tick things off their bucket list.

Joshua, 26, from the UK, said that one morning in August he packed his car and headed for Spain, leaving behind a small flat and a toxic office environment.

“I now spend less than a third of my salary on a three-bedroom apartment by the sea to myself. A couple of friends have visited but I’m mostly living the socially distant bachelor life,” he said.

In February, researchers from Thailand observed a group of college students in Wuhan, China, where the virus originated, to find out how they were coping with the lockdown. They found that several them were reacting with resilience.

Dr Demkowicz found similar evidence in the UK: the first lockdown provided teenagers with the opportunity to decide how to structure their day freed from social obligations and schoolwork, she said: “They could . . . explore what they wanted out of life and kind of find ways to grow and develop and re-evaluate what directions they were taking.”

In the FT survey, Anders Furze, 30, from Albury, Australia, said he had realised that he was burning the candle at both ends before the pandemic: “I was out five nights a week: having dinners, attending film screenings, theatre shows.”

He recently gave his career a rethink and enrolled in a postgraduate law degree. “It feels like it is opening up a door to many new horizons,” he said. 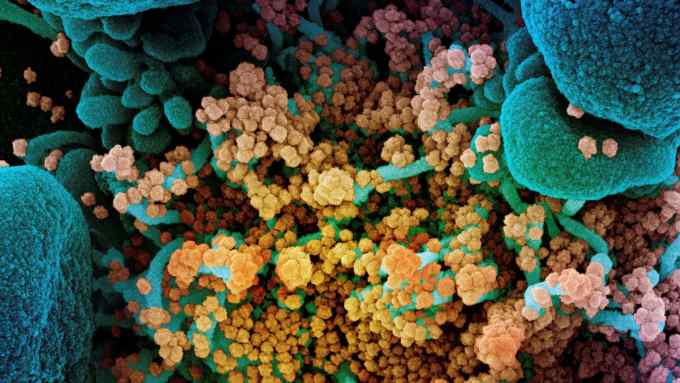