What the EU must learn from Donald Trump

Brussels can use social media to ensure its message is heard across Europe, writes Julian Lang
Julian Lang

The EU has had a difficult decade. From financial crises to Brexit to Catalan separatism, Europe seems unable to catch a break. But this is not the end of the EU’s woes. The constant challenges have led to questions about the European project itself: will more states leave and the union disintegrate? Would it be better to jump ship before the EU sinks completely? Or will the UK’s departure finally allow the rest of Europe to rally and unite?

Doubt has been cast over the reasons that led to the formation of the EU in the first place. Questions have been raised about whether the benefits of European co-operation and integration outweigh the costs; if Europe’s states are stronger together and solidarity is preferable to competition; and whether the EU is still a guarantor of peace on a historically divided continent.

The founding consensus led to a Europe where bitter enemies are now the closest of allies, and in which citizens in the Schengen area have the right to live, travel and work freely across 26 different countries. If Europe wants to remain relevant on the global stage, further integration is the only option.

The EU is moving, if slowly, to address this existential crisis. Earlier this year, Jean-Claude Juncker, president of the European Commission, presented five scenarios for the future of the union — ranging from scrapping all EU institutions except the single market, to the unimaginatively titled, “Doing much more together”.

How many blue-collar workers have the time to read proposals written by a Brussels Eurocrat?

Mr Juncker attempted to reframe the discussion as a way to open the door to future integration rather than simply focusing on the negatives. Yet by presenting the scenarios as equally viable, he legitimised the position of Eurosceptics. And in appealing to the academic elite rather than the general public, Mr Juncker also repeated the same mistake made by mainstream politicians in countless recent elections.

How many blue-collar workers in Spain, Italy or Greece have the time or inclination to read a policy proposal written by a faceless Brussels Eurocrat? How many even know it was published or how to access it? Throughout the west, the alt-right, a loose coalition of rightwing thinkers and activists, has successfully mobilised first-time voters alienated by the establishment. By contrast, centrist conservative parties, social democrats and the EU itself struggle to mobilise their own (frequently disillusioned) supporters.

This is not necessarily a question of politics. The simple truth is that the new right tends to be far better at utilising modern marketing strategies and social media than the political establishment.

Donald Trump is a prime example. Liberals may scoff at his seemingly inane Twitter feed — yet the US president manages to maintain a direct line to his core voters beyond the usual dry presidential statements. When Democrats criticise his tweets, Mr Trump’s supporters see a liberal elite mocking a candidate who has — in spite of his wealth — convinced them that he is one of them, an Everyman. Both Mr Trump and the UK’s Leave campaign in the run-up to the Brexit referendum relied heavily on emotional arguments and punchy slogans, rather than actual policy plans.

The EU must follow suit. Austere statistics and boring policy papers are not the way to connect with people outside the Brussels bubble. The successful campaigns this year of Emmanuel Macron in France and the Free Democratic party in Germany have shown it is possible to promote centrist policies in a way that is engaging and appealing to the general public.

Structural and political reforms remain crucial, but they must be accompanied by engaging more effectively with the public via social media. In a world of soundbites and fake news, the EU’s message cannot afford to be lost in the noise.

The writer is a Master of International Affairs student at the Hertie School of Governance. Meet all the winners in the Future of Europe Project here. 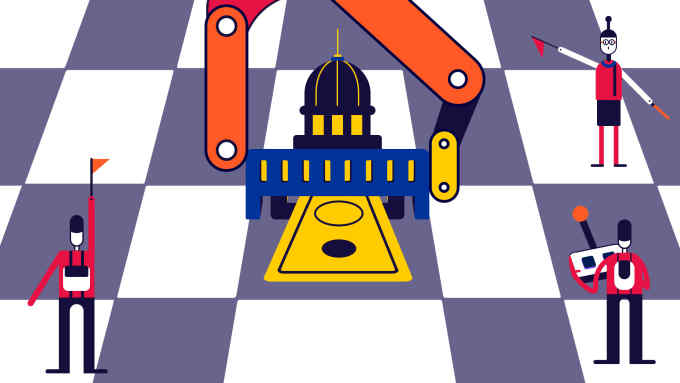