We use cookies (opens in new window) for a number of reasons, such as keeping FT Sites reliable and secure, personalising content and ads, providing social media features and to analyse how our Sites are used.
Manage cookies
Accept & continue
Special Report Bangladesh

Earlier this summer, Bangladesh experienced its deadliest terrorist attack since the nation was born, in 1971, out of a brutal war of independence from Pakistan. Twenty people were killed in a popular restaurant in Dhaka. The seven attackers were armed with knives, guns and crude bombs and the victims were mostly foreign patrons.

The fact that three of the attackers came from affluent Dhaka families and were students of private schools and universities was a reminder of how many young men and women from affluent backgrounds have disappeared between 2015 and 2016 to join Isis and other local militant groups. University graduates, doctors, marines, newly married couples, introverts, socialites — terrorist recruits come from the most unexpected social groups. Their friends are in shock, families are ashamed and frightened and the country is faced with an unprecedented challenge.

The present crisis in Bangladesh is just the latest in a string of violent political struggles that the country has undergone. But a dearth of political literature exploring these struggles makes it difficult to draw objective conclusions or lessons for the future. Literature documenting politics in Bangladesh is either partisan or heavily focused on 1971, thanks to the preferences of state grants handed out by organisations affiliated with political parties in power, according to writers.

“When it comes to political writing, the job of the writer is to do the research and objectively write about the period in question,” says Ikhtisad Ahmed, a Bangladeshi author and lawyer who was born in Singapore and studied in the UK.

Since independence, the country has experienced states of emergency, famines, a series of military coups and insurgencies. In 1991, a parliamentary democracy was restored when former first lady Khaleda Zia led the Bangladesh Nationalist Party to victory.

But recently, a new generation of writers is trying to explain the same events and eras from the perspectives of the ordinary people affected by them. Kazi Anis Ahmed is the author of a satirical novel, The World In My Hands. His book is inspired by a period of military-backed state of emergency between 2007-08 in Bangladesh that upends the country’s social order.

Written from the perspective of a newspaper editor who must choose whether or not to work with the undemocratic military regime that offers him the perks or privilege, his integrity is put to the test.

The book reflects the complex reality of making deals with the powerful: “There are good reasons for working with them because the democratic governments [were] also full of corruption and inefficiency,” explains Anis Ahmed. “So these people are promising better administration . . . but there are also doubts about moral soundness of it.”

Ikhtisad Ahmed’s book of short stories Yours, Etcetera, published in 2015, is another political satire that casts a humorous and critical eye on hypocrisy in Bangladesh today. The stories variously examine the politics behind a youth uprising in Bangladesh in 2013, which grew out of demands for the execution of war criminals, and the collapse of a garment factory the same year. Eighty per cent of Bangladesh’s export revenue is built upon its garment industry, which has been under pressure for safety compliance following the disaster that killed more than 1,100 people.

Both Anis Ahmed and Ikhtisad are aware that they are part of a new generation of political fiction writers in Bangladesh. “We just haven’t had enough people doing it in present day and the lone voices who have been attempting haven’t had that amount of exposure,” says Ikhtisad, who gave up law to become a full-time writer at 31.

Part of the reason is that the more educated and affluent Bangladeshis have been complacent, he says. “What you have when you are dealing with that is a section of society who haven’t had the necessary experiences that they can then speak.” 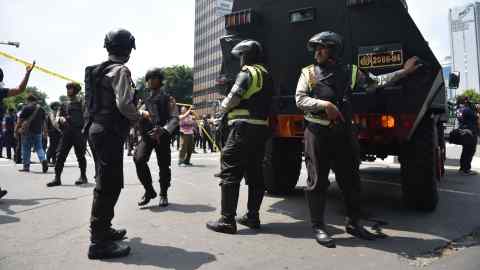 On the other hand, writing in Bangladesh is not financially rewarding and so it remains prohibitively difficult for those who have to worry about making ends meet.

“Ultimately writing is a risky business,” says Anis Ahmed. The celebrated Bangladeshi author Humayun Azad, one of the most powerful and influential writers of modern Bangla literature, was attacked by Islamic fundamentalists with machetes in 2004.

At least six atheist bloggers have been killed since 2013 for expressing their views on the internet. Then, writers of both fiction and non-fiction have come under various forms of repression from state authorities and fundamentalists. “When you are going to write about politics, there are always consequences,” says Ikhtisad.

As Bangladesh encounters new forms of terror, with educated young adults joining terrorist organisations, Anis Ahmed says it is important for their compatriots to understand the dynamics of their actions: “You have to recognise that the instinct or the urge to kill is as human as compassion or kindness,” he says. “If you also have an ideological environment that is making the indulgence of that instinct a morally licensed one, then you have what you see with these Isis inspired killers.”

Get alerts on Bangladesh when a new story is published