We use cookies (opens in new window) for a number of reasons, such as keeping FT Sites reliable and secure, personalising content and ads, providing social media features and to analyse how our Sites are used.
Manage cookies
Accept & continue
Special Report Europe’s Leading Patent Law Firms
See all 9 stories
Intellectual property

EU chides China and others for IP breaches — again

The world has changed dramatically since the European Commission issued its January report on the global challenges of protecting intellectual property.

But it appeared to be business as usual for those on both sides of the law when it came to the barbed conclusions of a survey, which presented a litany of bad practice among many countries outside the trading bloc.

The biennial report in effect delivers a scorecard on a list of the EU’s trading partners and how well or badly they are enforcing IP protection in their jurisdictions.

In this year’s report, China again ranks as Europe’s “priority 1” worst offender, thanks to the scale and persistence of its policies, practices and negligence, which all thwart EU trademark and patent owners’ goals.

China and its territory Hong Kong deliver more than 80 per cent of the counterfeit and pirated goods seized by EU customs authorities, according to the report. It also grants dubious patents, allows courts to invalidate patents of foreign companies and encourages “patent thickets”, dense groups of IP rights in certain fields, which hinder the task of patenting genuine innovation.

In this environment, “Chinese companies widely use these technologies without paying adequate royalties,” the report states.

While China had made some progress in improving protection of intellectual property rights, “serious concerns remain about the quality of granted invention patents”, in a country where patent applications are “growing exponentially”, the report adds.

The scale of China’s trading relationship with European countries makes it a particular cause for concern. But aside from the detailed listing of China’s failures in the update, other countries also face criticism for widespread dereliction in upholding IP rights. India, Indonesia, Russia, Turkey and Ukraine are listed as “priority 2” countries where “serious systemic problems” in IP protection and enforcement in these countries are “causing significant harm to EU businesses”. Little or no progress has been made in addressing these concerns since the last report, it says.

Nigeria and Saudi Arabia have been added to the list of “priority 3” countries — alongside Argentina, Brazil, Ecuador, Malaysia and Thailand — hurting European interests, though the scale of damage emanating from these countries is less than that caused by China and priority 2 states.

The commission’s findings in part mirror the conclusions of other monitoring bodies such as the US Patent and Trademark Office, according to IP lawyers.

The detailing of failures by China and other emerging economies in IP protection coincides with much broader clashes between the US and Beijing over their trading relationship.

“I do think this is not something to be viewed in isolation, but really as part of a global trend towards the identification of IP rights as an important part of policy and trade,” says Arthur Artinian, a partner in the London office of K&L Gates. The report’s data is “important for people looking to do business and to expand their footprint, to understand, you know, the state of play”, he says. “It’s quite difficult to get this type of information and data in isolation, so having it done in this more structured way, both from the EU side and the US side is quite helpful,” he adds.

Julia Dickenson, an associate in the London office of Baker McKenzie, describes the report as “an accurate snapshot of the problems that every company, in theory, will be facing across these countries”. Some companies and investors do not become aware of such problems in protecting trademarks and patents “until they confront them on a case-by-case basis,” she adds.

One recent US report estimated the damage to the US economy caused by IP theft at between $180bn and $540bn a year. The commission’s report also attempts to calculate the scale of losses to businesses in its member states.

Industrial sectors that depend on above-average use of IP rights account for nearly one-third of the EU jobs and 80 per cent of its exports, according to the report.

Yet EU makers of cosmetics and personal care products, pesticides and agrichemicals, clothing, footwear and accessories lose close to 10 per cent of sales, equivalent to billions of euros of revenue, hitting jobs as well as government tax intake. Meanwhile, counterfeit and pirated goods accounted for up to €121bn, or 6.8 per cent, of EU imports from third countries.

The EU reports, issued since 2006, pinpoint the worst territories in the world for IP protection, but they also highlight slow progress in tackling the problem. China, in particular, continues to surface as a problem. “Sometimes, it does feel like 45 people in a room talking about what we all know to be true, but not one of us can do anything about it,” says Sahira Khwaja, an IP lawyer and partner in the London office of Hogan Lovells.

The coronavirus pandemic may have encouraged still more counterfeiting of consumer goods, partly because of an increase in small shipments as consumers buy online, says Ms Dickenson.

But the trend has become pronounced for medical equipment and supplies. In this case, counterfeits threaten not just goods, but lives. This threat has the potential to trigger more meaningful counterfeit policing efforts by governments worldwide, she says. 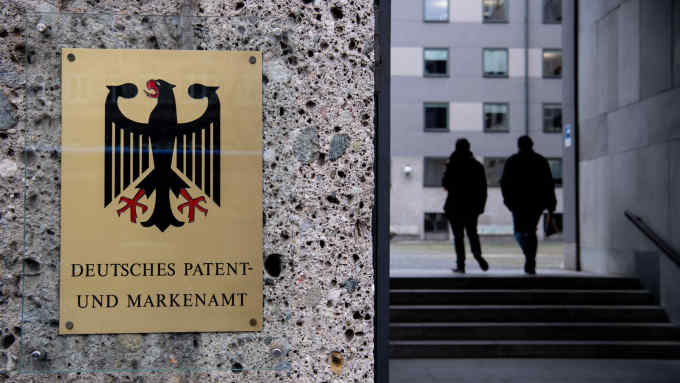