New frontiers for the western 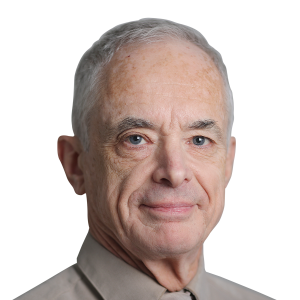 Once a super-genre, always a super-genre. Hollywood will never scatter the western’s ashes with finality, even if it wants to. In the bold and contrary winds of America’s outdoors, they will always blow back in its face. So the oater makes another comeback this week with 3.10 to Yuma, reprising a 1958 movie based on a story whose very authorship – by an early-career Elmore Leonard – proves that modern crime and action thrillers are just evolutions of the western. Frontier folklore shaped the derring-do of later America, from the fascination with rebel law-enforcers (Clint Eastwood school of policing) to the tricksy charisma of baddies, who in the old days learned to use the charm of the adventurer-acquisitor, not just the heavy hitting of the crime boss.

Today the western is becoming placeless as well as timeless. These movies are no longer restricted to performers born in the land of sagebrush. After Ireland’s Liam Neeson and Pierce Brosnan in Seraphim Falls, here are New Zealand’s Russell Crowe and Britain’s Christian Bale, donning the hats and accents to play outlaw and escort. They do it with grizzled assurance, as Crowe’s bandit killer is transported to a jail-bound train, through hazards and ambushes, by Bale’s small-time farmer and family man, who wants the bounty and the vindicating badge of courage.

Bale combines outward nerve with tics of inner nervousness. Crowe, marvellous, is a teasing bully boy who spins little grins and affabilities from his eyes, counterfeit coins of humanity to fool those eager to keep their trust in human nature. (“You’re not all bad,” says Bale’s son. “Yes, I am,” replies Crowe in a moment of candour.) Director James Mangold overdoes the sepia visual tones. Can we not just once have a new-age western in throbbing, unrestrained colours? But he does justice to the story’s grace under pressure and pace under Aristotelian imperative. In the final scenes of train-waiting, narrated in virtual real time, the ticking clock becomes, rightly and resonantly, the main character.

Horror can lurk in the ordinary, even the banal. That is one of the truths of cinema, in a history that has given us Hitchcock, Lewton and Clouzot. In Géla and Témur Babluani’s Legacy, from Georgia, the horror first reveals itself on a humdrum bus journey. Three French tourists, curious about a young man and his granddad travelling with an empty coffin, are told that the coffin is for the older man who “will be killed tomorrow”. This little shocker puts us straight inside the hearts and heads of the tourists, with whose apparent consternation we identify. But then another shocker distances us from them too. One tourist, travelling with a Camcorder, asks, supported by another, “Will we be able to film it?”

The scene is a wicked roundelay of cynicisms. The old Georgian is about to be sacrificed to a feudal village dispute. The young French folk put aside dismay to pick up the tools of prurience. But the film itself reaches the summit of its skills here and has nowhere to go but downhill. Géla Babluani, co-directing and co-scripting with his filmmaker father, made the brilliant Thirteen, a Russian roulette drama that left our palms sweating and our heads swimming. But neither of these Babluanis, nor a third, Georges, who plays the grandson with doe-eyed inexpressiveness, can find a strong direction for the last act, which freewheels towards denouement like a driverless bus.

Superbad is a comedy of bad manners co-written by and co-starring Hollywood’s new superman of mirth, Seth Rogen. His last film, Knocked Up, was a darling of press and public. His new film was the same in America but hit British critics, to judge by the press show, like a stale, over-large custard pie. Some of us even thought we heard a ghostly voice say, “Here’s one I made earlier.” For this hectic, hormonal jokefeast – about three high-school boys looking for sex, drugs and anything that will take their minds off homework – was Rogen’s first ever script. He took it out of a drawer, showed it to director Greg Mottola (formerly of The Daytrippers) and everyone said, “Eureka!” Or perhaps it was “We’re looking for something long, frantic, fatuous and knockabout” and the sentence was misheard.

There is one good performance: Christopher Mintz-Plasse as the nerdy third hero, a lisping, bespectacled cross between Jerry Lewis and a younger Woody Allen. And there is one funny line, by an older character, that could have come from a younger Allen, that forlorn humorist of sexual dynamics. “On our wedding night we had group sex. I wasn’t actually involved …” Elsewhere, the film proves only that a Hollywood fixated on the slapstick potential of teenage growing pains is finding it harder than ever to say, “Bye, bye, American Pie”.

“I’m a British nanny and I’m dangerous,” says Clive Owen in Shoot ’Em Up. He certainly is not Mary Poppins. This first feature by ex-storyboard artist Michael Davis, whose sales pitch to studios took the form of 17,000 action drawings sequenced into an animation, is like Tom and Jerry on amphetamines.

Questions starting with the words “why” or “how” should be left at the door. But as a critic I’ll ask them anyway. Why does Owen, a blue-collar, blue-stubbled action thug, rescue a baby from a mum murdered on the streets? Why is Paul Giamatti, identifiable as evil from his dilated eyes, commanding sneer and retinue of goons, seeking this tot? Why is Monica Bellucci, surplus-to-story and ladling a barely comprehensible Italian accent, here at all? And how, since Owen’s hero eats raw carrots, stabs his enemies with them and then makes Bond-like quips, did we get away without a joke about “carroted arteries”?

Never mind. The film is so fast it is over almost before it begins and so empty-headed it demands little but your inertia. On the way there are moments of weird charm, conjured by the movie’s velocity. Best of these is a lovemaking scene between Owen and Bellucci that carries on even while Owen fights off encroaching baddies with gunfire salvoes.

Of two mystery thrillers French and American, choose The Serpent from the EU over Disturbia from the US. Eric Barbier’s twisty murder drama is less a whodunit, more a why’s-he-doing-it, but like the metric system and the French rail network it makes sense. Yvan Attal’s photographer falls into a blackmailer’s hands, a pawn of sexy photos that must be kept from his wife. But why are so many contingent murders occurring, with Attal himself soon weltering in blood? The story came from Get Carter’s source author, English crime writer Ted Lewis, but the venomous sophistication and serpentine inner logic are French.

Disturbia is a kiddywink Rear Window. Grounded teenager Shia LaBeouf is home but not alone, with a friend and girlfriend sharing his fascination with the sinister activities of new nextdoor neighbour David Morse.

In Hollywood films curtains are always left open, by the good and bad alike. So with almost farcical self-exposure, the suspect man semaphores his fishy behaviour. Take along a good book – possibly Ted Lewis’s The Serpent – and read it by the light of the effulgent clichés.