The consultancy is pushing into business education with its own programmes

Companies that move into the WeWork shared office space at 25 Broadway in lower Manhattan are renting the usual paraphernalia of start-up land.

Rough wooden tables lend an industrial feel and tenants can break off to play shuffleboard, or refresh themselves with draft beer and “micro-roasted” coffee. In the bathroom, the slogan on the mouthwash dispenser nags you to “pitch a fresh idea”.

It would be easy to dismiss the presence of McKinsey in such surroundings as just glib symbolism. However, the product that the buttoned-down strategy consultant has been working on here is part of a trend that has genuine potential to reshape the business education market.

The WeWork space has helped to incubate McKinsey Academy, an online training service that brings the company into more direct competition with business schools, the traditional providers of executive education. 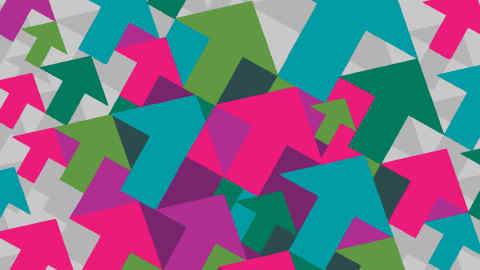 “We are a leadership factory ourselves,” declares Charlotte Relyea, a senior McKinsey consultant and Harvard MBA graduate involved in the project. About 400 former McKinseyites lead organisations with more than $1bn in revenues, she adds. They include Jim McNerney at Boeing, Tidjane Thiam of Credit Suisse, Oliver Bäte at Allianz and Vittorio Colao at Vodafone. (The factory churns out faulty leaders too, of course, such as Enron’s Jeff Skilling and Rajat Gupta, the former McKinsey head jailed for insider trading.)

The consultant had done leadership development work for a couple of decades but the current effort dates from 2013, with the creation of the McKinsey Academy online platform — a customised version of the edX software developed by MIT and Harvard.

The service is being offered both to existing clients and companies that have not used McKinsey before. For the former, it is touted as a way of making sure that strategy set at the top gets implemented further down the hierarchy. For the latter, it is something of a taster product.

A typical McKinsey Academy course might drill the user in the “10 timeless tests” that it applies when hatching corporate strategies (“Does your strategy rest on privileged insights?” asks test five, while number 10 inquires: “Have you translated your strategy into an action plan?”). Alternatively, the student might get sucked into a fictional case study involving a playground equipment manufacturer that has lost its way and needs to get sales growing again.

The content tends to be broken up into 3-5 minute snippets to reflect the fact that participants are unlikely to have much time to spare — there is even an option to watch videos at double speed. McKinsey consultants serve as “teaching assistants” and top students are rewarded with a place on a leaderboard. There is also a “group work” element where participants are broken up into small teams.

Business schools are watching the rise of this new rival closely. “When people ask me where my competition is, McKinsey Academy is on the list,” says Glenn Hubbard, dean of Columbia Business School in New York.

But McKinsey, which runs an annual business book award jointly with the Financial Times, is by no means alone in its push into education. Other consultancies making similar moves include Korn Ferry and PwC, says Dominique Turpin, president of IMD, the Swiss business school.

Meanwhile, other newcomers providing corporate training courses include LinkedIn’s Lynda.com and an alliance between the FT and IE, the Spanish business school.

The arrival of the consultancies means that there are now more rivals trying to knock the school off its perch but he says it also presents new opportunities for partnerships.

IMD teamed up with management consultant BCG to deliver a customised executive education programme to Singapore’s Changi airport, for instance.

However, he suggests that consultancies and other new entrants will face a challenge making money in executive education, assuming they can source enough professorial talent.

While accepting that the consultancies’ move into training reflects market demand, he argues that some clients might fear that signing up for such a course from a consultant would lead to a sales pitch for other products and services when the training is over: “The consultancies are not seen as being as neutral as business schools.”

Valor is more outspoken about McKinsey’s incursion than the typical business school leader. In particular, he claims that it could even damage McKinsey clients who sign up.

If a company is receiving board-level strategic advice from a consultant, he argues, it might be putting too many eggs in one basket to allow the same company to train the echelons below.

“You may end up being handcuffed by these guys. A number of large organisations do feel that way,” he says. “If these guys make a mistake you are dead.” But even as he criticises the newcomer, Valor credits McKinsey’s ability to bring together chief executives from different companies and industries as being equal to the convening power of business schools, where inter-company networking is an important part of executive education offerings.

Charlotte Relyea is adamant that McKinsey does not face a conflict of interest, saying that its teaching is customised to reflect the client’s approach rather than just the consultant’s. “The fact that we know them so well makes the customisation so much more effective.” 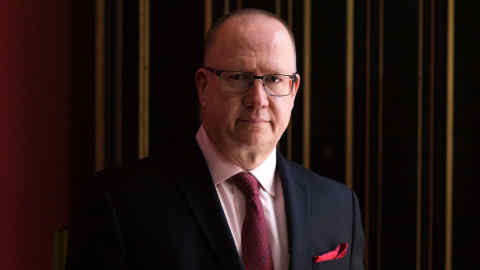 She also denies any suggestion that McKinsey might be using executive education as a loss leader to pick up big change management consulting contracts. The consultant sees business schools more as partners than competitors, she says. There are indeed multiple ways in which it already works with business schools — not least in the recruits it scoops up each year from MBA programmes.

Its academic advisory council includes faculty members from MIT Sloan and Rotman business schools, as well as Sir John Hood, the former vice-chancellor of the University of Oxford.

Nitin Nohria, dean of Harvard Business School, leans in a similar direction to Relyea, suggesting that the market is big enough to accommodate fresh players.

He also points out that the “thought leadership” magazines and websites created by management consultants are another sign of how boundaries with business schools — big publishers themselves, with the likes of Harvard Business Review — are blurring.

“The provision of management education will occur in many more forms by many more providers,” he predicts.

At the very least, it seems, the upheaval in the market has the makings of a fine business school case study.

Get alerts on Harvard University when a new story is published