One hundred years after it was invented, the humble forklift truck is once again on the front line of a technological revolution. These industrial stalwarts are early adopters of an energy system that could change the world: the hydrogen fuel cell.

At Japan’s biggest logistics trade show, Toyota Industries’ star attractions are a new 1.8-tonne forklift and the concept model for an airport towing tractor, both powered by fuel cells. They show how niche markets offer hydrogen its best chance for take-off.

Although batteries have seized a commanding lead in the race to electrify vehicles, sceptics still doubt their range and charging time. As an alternative, Japan is investing heavily in hydrogen.

Bringing fuel cells to the mass market will require extensive infrastructure for hydrogen distribution as well as big cuts in cost. That is where forklifts come in.

“The electrification rate of small forklifts is already 60 per cent,” said Hironori Suzuki, a group manager in the research and development division of Toyota Industries. “And the operational efficiency of a fuel cell forklift is good — there is very little downtime.”

Toyota Industries is one of the original companies founded by Sakichi Toyoda. The world’s biggest maker of forklifts, it is now an independent affiliate of Toyota Motor, with annual sales of ¥2,003bn ($17.8bn). “A battery takes six to eight hours to charge, which means the forklift is idle or you have to use a spare battery,” Mr Suzuki says. “With hydrogen, you can refuel in three minutes and be ready to go.”

The electrification rate of small forklifts is already 60 per cent

In a fuel cell, compressed hydrogen reacts with oxygen from the atmosphere to generate an electrical current, driving an electric motor. The energy density of hydrogen is much higher than batteries and fuel is pumped in like gasoline, allowing longer range and shorter refuelling times.

Forklifts operate in a closed area, so they can always come back to the same hydrogen pumps, which take up less space than a battery room. Compared with road vehicles such as Toyota’s Mirai car, fuel cells are much more competitive in forklifts. “The more forklifts you have and the more intensively you use them, the more it makes sense,” Mr Suzuki says. “The big issues are infrastructure and cost.”

In the US, former president Barack Obama’s stimulus in 2009 gave fuel-cell forklifts a $21.5m kick-start. As a result, there are more than 15,000 already in use, many of them converted using fuel cells from the US company Plug Power.

Toyota Industries is pushing its own fully integrated fuel-cell forklifts, using cells developed by Toyota Motor for the Mirai. The company aims to deliver energy efficiency 40 per cent higher than rivals that provide fuel cells for another manufacturer’s forklift. The broader Toyota group hopes that forklifts and other niche markets will start to create the volumes needed to drive down costs. The Mirai sells for $57,500, thanks to its complexity, low production volumes and the expense of its fuel cells and hydrogen tanks.

More broadly, technologists recognise there is still some way to go. “Even though we’ve seen a great deal of progress, fuel cell costs are still high, hydrogen tank cost is also high, and the manufacturing and supply chain is very limited,” says Sunita Satyapal, director of the Fuel Cell Technologies Office at the US Department of Energy.

The biggest driver of costs is the expensive materials needed in fuel cells. “Platinum is the most effective catalyst for fuel cell applications and, generally speaking, increasing the platinum content of the fuel cell leads to increased performance and durability,” says Ms Satyapal. “The best way to decrease cost is to reduce platinum content.”

She points to catalysts free of platinum group metals as a technology with the potential to move fuel cells forward and an area where the Department of Energy is concentrating its research firepower. “PGM-free catalysts have recently achieved comparable initial performance to platinum-based catalysts,” she says.

In the meantime, using fuel cells in industrial applications such as trucking, buses and forklifts will help to build the hydrogen supply chain. “If we can increase demand for hydrogen through higher-volume applications, that demand will help drive the development of larger [fuelling] stations, enable the infrastructure and reduce the cost for fuel cell electric vehicle applications,” Ms Satyapal said.

Batteries are off to a head start — but the race for the future of the automobile is not over yet. 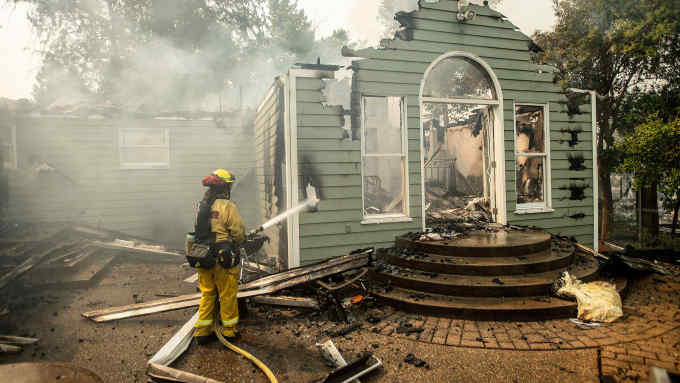