We use cookies (opens in new window) for a number of reasons, such as keeping FT Sites reliable and secure, personalising content and ads, providing social media features and to analyse how our Sites are used.
Manage cookies
Accept & continue
Special Report Watches and Jewellery: September
See all 8 stories
Watches & Jewellery Diamonds and gemstones

Jewels are crafted with the intention that they should outlive their owner, and overstuffed auction houses and antiques stores are testament to the sentiment. These historic remnants of past lives and loves have an emotional appeal that often outweighs their dusty aesthetics, which is why designers are taking a hammer to antique jewels to liberate the best bits to be set in contemporary styles.

Colette Neyrey describes herself as “a hardcore hunter and gatherer”. The Los Angeles-based jeweller and former executive style director at David Yurman launched her own brand, Maison Coco, to much acclaim at Dover Street Market, a London multi-brand store, last year. Each piece in her collection is a jigsaw of antique and vintage jewellery elements — bejewelled letters, gems, religious iconography. Scrapped from multiple jewels found at auctions and flea markets, they are set on reclaimed onyx slabs to spell out hidden messages.

This technique follows in the tradition of Georgian and Victorian jewellers who created acrostic jewels using coloured gems to spell out romantic messages. The Maison Coco jewels, however, speak a different language. Ms Neyrey decodes her creations, pointing out how to read the compass of components on a gold and onyx cross necklace to arrive at sexually explicit messages.

She laughs heartily when explaining that her “I am Lion King” necklace has absolutely nothing to do with the Disney movie. “I’m giving them a future,” says Ms Neyrey of the vintage components she uses to conjure her risqué jewels.

London jeweller Sarah Ho has also been spending time at auctions. She is on the hunt for natural pearls to set into luxurious new configurations. Different from the cultured pearls that have been farmed since the 1920s, natural pearls were discoveries made by lucky fisherman or pearl divers. This makes them rare, expensive and usually at least a century old.

“Natural pearls have that added intrigue to their story which sets them apart,” says Ms Ho, who says clients rarely understand the difference between cultured and natural pearls. “By educating them on the history and their journey, it creates a better understanding for justifying the difference in price.” The most expensive piece in the collection, at £167,000, is the Caspian necklace with cabochon emeralds, diamonds and hundreds of natural pearls.

There can be some trepidation when breaking down expensive heritage jewels to be repurposed for modern designs, but doing so does not always mean devaluation. Ms Ho gives the British royal family’s Hanover Pearls, set in Queen Elizabeth II’s Imperial Crown, as an example — passed down through generations and modified many times along the way, these gems started as six ropes of pearls given to Catherine de Medici in 1533 as she was shipped from Florence to marry into the French royal family.

But not all jewels keep their value when tampered with. Caterina Degiacomi, an Italian historian who refurbishes antique jewels and resets them in new designs under her Vic+Jo label, has limits. “I never liberate [elements] from important signed pieces,” says Ms Degiacomi, whose hunting ground of choice ranges from 1860 to 1930.

Some jewellers are eschewing old gems, instead seeking out other types of antiques to transform into precious creations. Castro, an American jeweller living and working in Istanbul, has found inspiration in antique porcelain dolls. Drilling into them to embed gems and building elaborate diamond and gold wings around them, he can spend as much as 200 hours transforming them into celestial beings that will hang from the necks of a select crowd.

“Every time I get one, I think ‘Ah, man, should I just leave it alone?’,” he says of the pricey dolls. “Once I drill in something, it’s over at that point. Whatever I do to it, has to be amazing.”

For jeweller Benedetta Dubini, it is ancient Roman, Greek and Persian coins that have become her obsession. While coins are a big trend in jewellery, her brand Dubini stands out by working with numismatic dealers across Europe to use antique coins from these eras in her gold jewels, rather than simply mimicking the style.

“For me, it’s about owning something that not everybody has,” says Ms Dubini. “I also fell in love when I started meeting dealers and passing on the stories around the coins.” Such ancient currency has parallels with gemstones, she says, inasmuch as they can appreciate in value and range in quality. Just as a yellowish, heavily flawed diamond will never compare to an internally flawless D-colour, no two Alexander the Great coins are the same. “A collector will look at preservation, the details of the face, the angles,” she says.

British designer Joseph was one of the first stockists of Dubini’s coin jewels, just as it was the avant garde fashion store Ikram in Chicago that sold the first Castro NYC Dollie necklace. This suggests than rather being a niche product for history lovers, this combination of the old and the new has a more mainstream appeal.

“Clients love the idea that [such jewellery] includes something completely unique, which survived splendidly [through] so many years and challenges, and emanates this soothing and understated energy of things that have been around for a long time,” says Ms Degiacomi.

The pleasure for the jewellers, who would find their design work a much easier task using new elements to create the same look, is similarly to be found in the drumbeat of history. It is a chance to be part of something that both started before them and will live on long after. “It’s very rewarding to take such a special, unique product and bring it to life in a new contemporary design,” says Ms Ho. “Jewellery, as we know, transcends time and I feel I have a part to play here, keeping the history and story alive to be enjoyed by the next generation.” 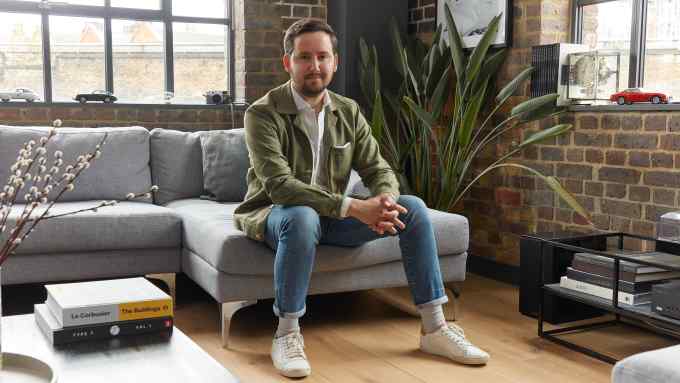