What happened to the ‘too big to fail’ banks?

While some have fallen down the global league table, many are larger today

One of the lessons of the crisis that began in 2007 was that banks proved “too big to fail”. Fears of systemic collapse pushed governments into bailing out hundreds of financial institutions around the world. So it is ironic that the world’s biggest banks have got bigger, not smaller, in the decade since.

That is true of US institutions, such as JPMorgan Chase and Bank of America which grew in large part because of their rescue of troubled rivals. Many of Europe’s banks have shrunk dramatically — including Barclays and Royal Bank of Scotland, which both held the title of world’s biggest bank in the mid-2000s — but there are some surprising exceptions, such as troubled German lender Deutsche Bank.

Are the largest banks still “too big to fail” after the regulatory reforms of the past decade? Share your thoughts in the comments below. 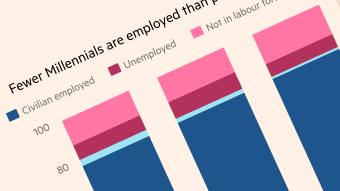