Index-tracking funds now account for a fifth of the European investment market for the first time, following a surge that has led to passive investing doubling its share of the pie over the past decade.

But some fear the continued existence of “kickback” payments, which reward distributors for selling more expensive actively managed funds, will prevent Europe from following the trajectory of the US, where 40 per cent of money is passive.

“In Germany and France you still have the big kickback model in place [and] the situation is worse in Italy, it’s outrageous, so this is going to hamper the growth of index funds,” said Ali Masarwah, a member of the European research team at Morningstar.

Passive mutual and exchange traded funds constituted exactly 20 per cent of the assets in Europe’s €9.4tn ($11.4tn) long-term fund industry — that is, not including money market funds — at the end of October, according to Morningstar, thanks to growth of 9.5 per cent over the prior 12 months, well in excess of the 2.1 per cent asset growth of actively managed funds.

As a result, index trackers have essentially doubled their market share in the region since October 2010.

Over the same 10-year period, passive’s share of the US market, where the concept was pioneered, has also effectively doubled, from 21 per cent — in line with today’s European penetration rate — to 41.4 per cent.

However, Mr Masarwah did not believe that Europe would follow the trajectory of the US and witness a further doubling of market share during the 2020s because distributors in the region continue to be paid “retrocession” payments. This form of commission paid by asset managers to distributors such as banks for selling their products puts low-cost passive funds at a disadvantage because they tend not to pay such inducements.

“The trajectory will probably not just be a time lag of 10 years. Growth is not that fast in Europe,” he said.

Mr Masarwah pointed to the UK where 26 per cent of assets are now passive* and the Netherlands, where 13.7 per cent of assets are passively run, as countries where retrocession payments have been banned and the interests of financial advisers “are now aligned with their clients” — in other words, they are happy to recommend low-cost trackers if they believe that is in their clients’ best interest.

More strikingly still, Switzerland’s market is 58.7 per cent passive after the country’s highest court ruled in 2012 that rebates — as high as 2 per cent of assets in some cases — belonged to the end-investor. Retrocession payments had generated SFr4.2bn ($4.7bn) for Swiss banks in 2012, according to Finalix, a consultancy, equivalent to 12.4 per cent of their profits.

However, the kickbacks have continued in countries such as Germany, where passive is just 11.1 per cent of the domestic market, France (8.2 per cent), Spain (2 per cent) and Italy (0.05 per cent).

Under the EU’s Mifid II directive, distributors can still receive retrocession payments if they provide execution-only services or offer access to third-party products from a competitor while also providing a “high level” of service, such as ongoing financial advice.

Verena Ross, executive director of the European Securities and Markets Authority, warned of “potential conflicts of interest” and “advisers that almost exclusively recommend in-house products”, in a speech last week, adding that “as experiences of some European countries show, further restricting the acceptance of inducements can be one effective tool to enable access to higher-quality services and lower-cost products.”

Yet Mr Masarwah criticised the “absurdity” of an arrangement where Italian distributors still sold funds with fees of 2 per cent and German distributors “have a vast interest in upholding the kickback model”.

“The German client is not an investor, he just buys what his adviser tells him to buy, so the advisers’ interest is to earn money by selling,” he said. “Mifid II was supposed to introduce a more investor-friendly regime.”

Richard Withers, European head of government relations at Vanguard, was also critical of the retrocession model. “If a financial adviser is thinking about what is best for their financial position they may be tempted to sell a product that pays a high commission, regardless of whether it’s the best product or not,” he said.

An important driver, he said, was that investors had received their first full-year statement outlining the level of fees they generated for their distributor, thanks to a cost disclosure clause implemented in 2019.

“Now they know what the bank distributor, the adviser was earning. This was eye-opening for many clients,” Mr Klein said. “This has changed already the investor behaviour. This is one of the reasons we are seeing super strong growth in online savings plans in Germany.”

Mr Klein said low interest rates were also spurring demand for cheaper, passive funds, which were also benefiting from the greater transparency stemming from the fact that distributors that still receive retrocessions now have to label themselves “non-independent”.

Mr Withers was hopeful that the rise of online robo advisers, albeit from a low base, would help break the stranglehold of large banks and insurers elsewhere.

The European Commission is due to publish its assessment of the role of inducements in 2022, yet Mr Masarwah feared change would be “very slow”.

“Eventually the passive side is going to win big, but it will probably happen in 10-20 years because of the vested interests which are going to stem the tide.”

*All single country figures apply to funds domiciled in that country, and do not include investments in cross-border products domiciled in Ireland, Luxembourg or Jersey 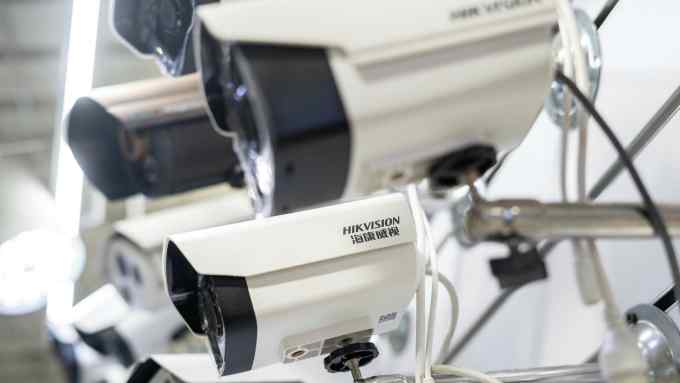