Boards learn to listen to investors

Energised shareholders are putting pressure on companies to engage

During a series of secret discussions over the past year, a small number of US business grandees tried to hash out some of the longstanding areas of tension between companies and their biggest shareholders.

They included some of the most important chief executives in US business: Jeff Immelt of General Electric and Mary Barra of General Motors from corporate America, plus investment management leaders Larry Fink of BlackRock and Vanguard’s Bill McNabb.

They were joined by two executives straddling both camps: Jamie Dimon, who convened the meetings and runs JPMorgan Chase, a bank that includes one of the world’s largest asset managers, and the investment guru Warren Buffett, whose Berkshire Hathaway is both the largest US conglomerate and a significant investor in the likes of Coca-Cola and Wells Fargo.

Having long been accused of being asleep at the wheel, institutional investors around the world are taking more interest in the way their portfolio companies are run.

In the past half-decade, the UK has experienced two so-called shareholder springs, where investors have voted against executive pay deals at WPP, the advertising group, and BP, the oil major. In Germany, the Volkswagen emissions scandal has had shareholders demanding governance reforms. Meanwhile, in the US, activist hedge funds have found it easier to gain support from other investors for demands that companies institute capital allocation plans that are more shareholder-friendly.

The restlessness is not surprising. Investors used to be able to do “the Wall Street walk”, to sell their shares and walk away if they did not like a company’s strategy or trust its board to look after their interests. But the rise of passive investing has made this approach less effective.

About a third of the money in the US equity market is now in funds that own all the companies in an index. Vanguard, which runs the largest equity fund, and BlackRock, owner of the iShares range of exchange traded funds, together typically hold stakes of more than 10 per cent in the biggest US companies, whether they like them or not. They believe they have a duty to their funds’ investors to engage with companies and keep them focused on doing right by shareholders.

Forward-looking global companies are embracing, rather than resisting, more communication with shareholders. After all, no one wants to receive public criticism at a shareholder meeting or, worse, be defeated when an activist tries to storm the boardroom.

It is fast becoming best practice for directors to engage with significant shareholders rather than relying on investor relations teams, says Douglas Chia, a former corporate secretary at Johnson & Johnson who now runs the Conference Board Governance Centre, a research association.

“The requirement for annual say-on-pay votes was the catalyst, and forced directors to understand this is a new paradigm,” says Mr Chia. “Directors still make the ‘floodgates’ argument, that if they talk to some shareholders they need to talk to them all, but typically companies start with the top 10 largest.”

In the US, shareholders are gaining tools for holding boards to account — a growing number of companies are allowing long-term shareholders who have a minimum 3 per cent stake to nominate directors for election — but both sides hope that these measures should only be used as a last resort and will be unnecessary if both sides understand each other. 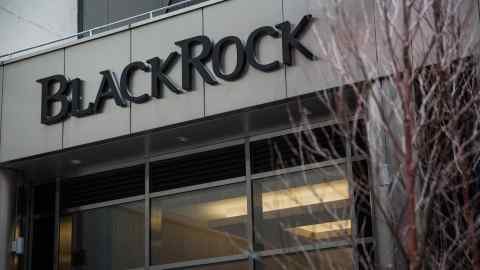 Forging good relations with shareholders can take a variety of forms, however, and different constituencies of investors require different things. Passive shareholders are prioritising discussions about the quality and the processes of the board, who are their main representatives and responsible for holding management to account.

“Boards have always been the most important aspect of governance,” says Glenn Booraem, head of corporate governance at Vanguard. He says much of what Vanguard has worked for historically has been based on the rules that govern the election and replacement of directors. “Now we have got all the rules in place, we have got to look at the boards we are getting,” he adds. “The rules govern how we can get rid of bad directors, but we would just as soon not have bad directors in the first place.”

General Electric, which won the category for large companies at this year’s IR Magazine awards for best investor relations, has given increasing space in its annual reports to the skills it requires of its board of directors, and what each individual member brings to the boardroom. The director recruitment process is joining the design of executive compensation as a staple of discussions between companies and their shareholders.

The private meetings arranged by Mr Dimon had a public outcome. The group released a statement of “commonsense principles of corporate governance”, which stated “robust communication of a board’s thinking to the company’s shareholders is important”, that “asset managers should raise critical issues to companies as early as possible” and that shareholders had a right to expect that directors understand their main concerns. Investor relations — which used to be primarily about talking to shareholders — are now about listening to them, too.