As the legal sector adjusts to Covid-19, the FT is reporting on policies hastily introduced by law firms to mitigate the impact on business. They have implications for lawyers’ pay, workload and security, whether the plans are to delay partner payouts or furlough staff.

We have also looked at how lockdown life is taking its toll on lawyers’ mental health, with junior lawyers in particular feeling isolated and anxious under the strain of remote working and lack of face-to-face teamwork.

Readers have been clicking on stories about how governments, regulators and law firms are finding ways to fairly protect business interests, and on how companies are holding off on expensive, non-essential legal battles until they regain financial resilience.

All eyes are glued to the actions that law firms are taking to cope with the fallout from the global coronavirus pandemic, and a faultline has emerged between US and UK groups.

US outfits such as Cadwalader, Wickersham & Taft, Reed Smith, BCLP and Baker McKenzie have moved swiftly to cut both payouts for partners and salaries for more junior lawyers — going further than most UK firms.

Look to their financial years for one explanation. US firms have their year-ends in December, and have just paid out a slew of profits to partners leaving their coffers empty. UK law firms typically drag their heels with partner payouts and start paying out only after April year-ends.

In the UK lawyers expect more drastic action to come, but for now most firms have frozen associate pay and furloughed members of staff.

Furloughing has become a hot topic among lawyers, who think there could be a reputational risk attached to accepting state help. The Big Four accountants are fretting about being criticised for it, in the same way as the football clubs who have used the scheme. Will law firms be next? Send your thoughts to @katebeioley_FT.

A reminder that you have until April 26 to register as a participant or suggest a challenge for the legal hackathon launched by the FT earlier this month. Join us to find solutions to some of the urgent problems emerging as a result of Covid-19.

Here is our selection of what FT subscribers in the legal sector having been reading in the past week:

US associates are seeing pay cuts of as much as 25 per cent, as law firms attempt to withstand the coronavirus impact to their balance sheets.

“In the UK, a large number of firms have so far eschewed base compensation cuts in favour of holding back partner payouts of profit, freezing pay for less senior lawyers and furloughing non-lawyer staff.”

The UK competition regulator handed down its provisional verdict on Amazon’s tie-up with Deliveroo, ruling that the delivery group was likely to collapse if it was not allowed to take the investment.

“A senior competition lawyer with knowledge of the matter said the Competition and Markets Authority ‘was worried about being left with a corpse on its hands’. The individual said the watchdog appeared to have moved faster than it ordinarily might have in order to avoid blocking a deal where the target had failed. ‘No one wants to be left holding a dead Deliveroo,’ the person said.

Manufacturers of new ventilators for treating coronavirus patients will be protected by the UK government from potential legal claims arising over intellectual property infringements, or personal injury caused by defective machines.

“Adrian Toutoungi, a partner at the law firm Taylor Wessing, described the move as ‘unusual’ and said it would shelter companies involved in the ventilator efforts from any possible compensation claims and legal costs if the ventilators turned out to be unsafe or too similar to existing models.”

A little lightness amid the chaos, in the form of the FT’s new Bunker Food series, offering tips to eat and drink well during lockdown. This week Alice Lascelles mixes an Old Fashioned, a flexible drink with just the right amount of kick for trying times.

The volume of new court claims filed in the commercial courts fell by 50 per cent in the run-up to Easter compared with the same point last year, in a sign that coronavirus is having a chilling effect on litigation.

“According to lawyers, the fall is a result of companies cutting back on risk and shoring up cash by delaying non-essential legal battles until they are more financially resilient.”

The FT’s Andrew Hill does his bit for lockdown by selecting a 16-book reading list from past winners of the FT’s Business Book of the Year. With titles ranging from BBC presenter Carrie Gracie’s Equal, about her battle for equal pay, to Creativity, Inc, by Ed Catmull, ex-chief executive of animation company Pixar, there will be something for every quarantine reader.

“I could have picked titles directly relevant to the current crisis: Walter Scheidel’s The Great Leveler, for instance, about the economic impact of war, revolution and plague, or Nassim Nicholas Taleb’s The Black Swan, certainly the longlist title most frequently cited since coronavirus flapped into view. Instead, though, let me recommend our winners from 2009 and 2017.” 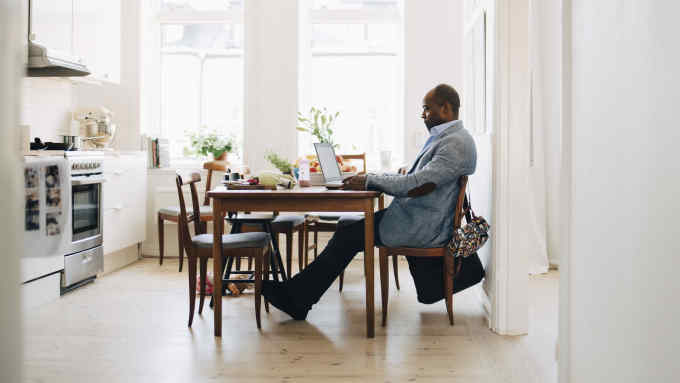