In a market blighted by fakes and forgeries, art experts have faced legal action and even death threats for refusing to authenticate works as original. After years of mounting pressure, specialists are responding by establishing an organisation to give them confidence to express opinions without fear of retaliation.

The International Catalogue Raisonné Association is a not-for-profit group that will support the production of definitive inventories of an artist’s accepted artworks. It was launched in June at the Royal Academy of Arts in London, with the aim of helping to limit the flow of fakes, partly by giving authenticators access to discounted specialist legal advice.

“At a time when authenticity committees are closing down, and experts are being threatened and becoming concerned about expressing an opinion for fear of retaliation, it is really important that scholars and experts have a place where they can feel free to talk, discuss and share,” says ICRA founder Pierre Valentin, head of the art and cultural property practice at law firm Constantine Cannon in London.

After drugs and prostitution, art is considered to be the world’s largest unregulated market. Even art specialists are unable to say how many works are fakes. As long ago as the 1920s, the wealthy UK dealer Joseph Duveen was sued after voicing doubts about a now-discredited Leonardo da Vinci. But authenticators generally were free to express their views until the art price explosion of the past three decades. Some authenticators are silenced for fear of litigation, raising concerns forgeries will go undetected and leave owners and potential buyers struggling to sort fakes from originals.

The Andy Warhol Foundation disbanded its authentication board after a 2007 lawsuit over its refusal to authenticate a silkscreen print. The foundation does not deny reports its legal costs ran to millions of dollars, and says the experience prompted its decision to close the board and spend its money on “artists, not lawyers”.

The estates of several other 20th-century American artists, including Jackson Pollock, Jean-Michel Basquiat, Keith Haring and Roy Lichtenstein, have also closed their authentication services, to avoid the legal tugs-of-war involved in being both arbiters of authenticity and owners of works — where, for example, decisions might affect the value of works they themselves hold.

“It is becoming increasingly obvious that liability claims are regularly brought against the experts or connoisseurs,” says Marc Restellini, a Paris-based art historian whose catalogue raisonné of early-20th-century master Amedeo Modigliani will be published next year. “The fact that they have become a threat and a weapon to try to intimidate them is obvious and unacceptable.”

Some art experts report even worse forms of intimidation. “I’ve had my life threatened because I didn’t do what somebody wanted,” says Richard Polsky, a California-based authenticator who specialises in valuable American artists whose estates have stopped their authentication services.

So the ICRA enters a turbulent market. Founding members include Walter Feilchenfeldt, a Cézanne and Van Gogh specialist, Catherine Lampert, who is working on a catalogue raisonné of Lucian Freud’s paintings, and Lionel Pissarro, great-grandson of Camille Pissarro and a specialist in 19th- and 20th-century art. Seventy scholars have joined so far. The board includes Toby Treves, head of Modern Art Press, a charitable organisation that specialises in catalogues raisonnés. “A really well researched catalogue raisonné will provide a huge amount of information,” he says.

As an example of the difficulties involved in authentication, Treves cites the “Salvator Mundi” painting, the attribution of which to da Vinci has divided experts since its 2017 sale for $450m. Martin Kemp, a British expert on da Vinci, has declared it to be the Italian master’s work. But Frank Zöllner, a German art historian and author of a da Vinci catalogue raisonné, says “Salvator Mundi” could be a “high-quality product of Leonardo’s workshop” or even of a later follower.

Meanwhile, there are many publicly acknowledged forgeries in circulation. Former forger Ken Perenyi says at least 2,000 of his forgeries of sporting and marine pictures by 18th- and 19th-century British and American artists are “certainly out there”. His advice is “caveat emptor”.

In 2017, a Modigliani exhibition at the Palazzo Ducale in Genoa was closed after Restellini and others decreed that about half the exhibited paintings were forgeries. Restellini says he was authorised in 2010 by a judge at the appeal court in Paris, where he then lived, to authenticate Modiglianis and encouraged to denounce fakes. This, along with the information provided, enabled prosecutors to seize 21 fake paintings in the Genoa exhibition, he says. The same authorisation enabled him to ask for the destruction of all the Modigliani forgeries. “Not all experts have such a right.”

In New York, the International Foundation for Art Research has offered an art authentication research service since 1969. But there is a limit to how many works it can investigate. Sharon Flescher, IFAR’s executive director, says the organisation was asked to authenticate Pollocks by the Pollock-Krasner Foundation after it was sued three times, albeit unsuccessfully. One fake came with letters and photographs purporting to show the painting had been hidden for 50 years in Fidel Castro’s Cuba. IFAR concluded the evidence was part of an “outrageous” scam. In a research paper, Lisa Duffy-Zeballos, IFAR art research director, noted that “the painting’s style had no relation to authentic works by Pollock”.

Crucially, IFAR established that accompanying photographs had been doctored. Two showed Pollock, “or someone who looked like him”, in a loft-style studio, with the IFAR painting on display. In the background in one photo was another painting that strongly resembled works by another American painter, Franz Kline. Research revealed that the photograph had been digitally altered from a 1954 Life magazine photo of Kline.

A decline in connoisseurship has exacerbated the problem of identifying forgeries. Another founding ICRA member, Brian Allen, former director of the Paul Mellon Centre for Studies in British Art in London and a trustee of the UK’s National Portrait Gallery, believes universities are focusing too much on the social history of art, rather than training students to tell a Reynolds from a Gainsborough. “Most of those teaching art history in British universities are of a generation who have been taught to treat connoisseurship with disdain and consider it an elitist activity,” he says.

Allen’s concerns are echoed by Michael Daley, director of ArtWatch UK, an art conservation campaign group. “There is an acute problem developing, in that fewer and fewer scholars seem to be trained in the vital skill of what might be termed ‘forensic looking’,” he warns. He adds that, in any case, national museum curators are increasingly forbidden to pronounce on artworks. “Their lawyers are telling them not to risk it.”

Polsky, the California-based authenticator, says he has come to realise how pervasive forgeries and scams are in the art market. “The reason I work with Lichtenstein, Warhol, Basquiat, Haring and Pollock is because they have the most problems with fakes,” he says. “And collectors have nowhere to go since all of their authentication boards went out of business back in 2012.

“When you have a business that is unregulated — this is the key to the whole thing — people make up the rules as they go along. It is like someone waking up in the morning, [saying] ‘Hey, I just read a book on medicine: let’s open an office and become a physician’.”

Polsky has seen an increase in fake Basquiats since a genuine one, “Untitled”, sold for $110m in 2017. “They started coming out of the woodwork — ‘flea market’ finds, ‘grandmother’s attic’, ‘a drug dealer gave these to Basquiat, who gave them to me’ — very little of it genuine.”

Art authentication is not an exact science, but Restellini says scientific methods are becoming so advanced “that it becomes more and more difficult to produce forgeries”.

In 2016, Sotheby’s acquired Orion Analytical, a conservation science lab, becoming the first auctioneer to have an in-house service. It followed the discovery that in 2011 it had sold a fake Frans Hals, the Dutch master, for £8.5m. Pigment tests showed it could not have been painted in the 17th century. Sotheby’s refunded the buyer.

“With the technology available to the forensic laboratories today, the chances of a fake standing up to the challenge of such analysis is almost zero,” says former forger Perenyi, who operated in the 1980s and 1990s. But he adds: “Anyone who thinks such obstacles will rid the market of fake paintings will be in for a disappointment. Art forgers are always thinking a few steps ahead.” 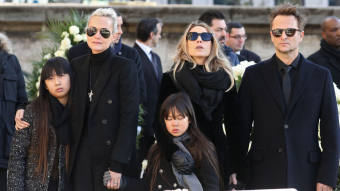