Immigrant entrepreneurs in the US wait for Trump’s next move

When Donald Trump was elected US president, Deniz Ergürel was nervous.

“I’m from Turkey — it’s a Muslim majority country and so I didn’t know how the new administration would treat us,” says Mr Ergürel, who founded US-based virtual reality media start-up Haptical in 2016. He spent the past six months wondering if he will be able to transition from the tourist visa that allows him to do little more than hold business meetings in Silicon Valley to a more permanent situation that would allow him to raise money and Haptical to grow.

Five months into the presidency of Mr Trump — who ran on an anti-immigration, “America First” platform — it is a question that many immigrant entrepreneurs, along with the angel investors who fund them, are asking. US immigration processes have always been bureaucratic and complicated, but Mr Trump has promised crackdowns on legal and illegal immigration that will inject added uncertainty and stress.

“It’s like starting a football match 3-0 behind,” says Mr Ergürel, who in May was granted an “extraordinary ability” visa that will allow him to stay in the US and develop his business. “Everyone is working to build the next big thing in the start-up world, and you’re doing the same thing . . . [but] at the same time you have to work on all the legal documents and the papers . . . That’s tough.”

Nitin Pachisia, originally from India, has also experienced the time-consuming nature of the immigration process. That led him to co-found Unshackled Ventures, a venture fund focused on immigrant-founded start-ups: “We saw that capital is the starting point but ultimately [they need to be able] to move fast — it’s the founders’ time that matters most.”

As a broad group, immigrants in the US are more entrepreneurial than their native-born counterparts. They are nearly twice as likely to start their own businesses as US-born citizens and account for 27.5 per cent of all new entrepreneurs in the country, according to the Kauffman Foundation, a US-based think-tank specialising in entrepreneurship, although they comprise 13 per cent of the population. Immigrants have founded half the start-ups with billion-dollar valuations — so-called unicorns — in the US, according to a 2016 study from the non-partisan National Foundation for American Policy.

While Mr Trump’s stance on immigration is very different from that of his predecessor, Barack Obama, any changes have mostly been rhetorical, says Sophie Alcorn, an immigration attorney in Silicon Valley. “The biggest change has not been legal,” she says. “It’s been psychological, it’s been the injection of fear and stress, shame, the feeling of being ostracised, being unwelcome, people fearing racism, people feeling xenophobia, people feeling outcast and rejected.”

It is unclear whether the Trump administration will implement a new immigration status, created by the outgoing Obama administration and aimed at helping international entrepreneurs stay in the country, which is meant to go into effect in July. Instead, Mr Trump recently signed an executive order that could lead to curbs on H-1B visas, which many tech and outsourcing companies use to hire foreign workers. The government admits 85,000 foreign workers under the programme a year. 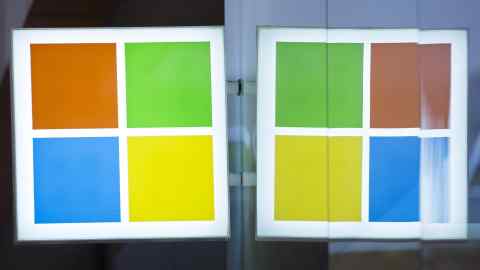 The new International Entrepreneurs Rule — created after intense lobbying from Silicon Valley — would create a “parole status”, rather than a visa, which would allow foreign-born founders to stay in the US to build their start-ups. Such status had previously been offered to those working on humanitarian or medical missions, but from July it is meant to apply to qualified entrepreneurs as well — pending implementation.

Apoorv Sharma, who lives in India, says entrepreneurs like him have no interest in the sought-after visa and would prefer the International Entrepreneurs Rule’s status. “H-1B is for people who want to get a job” in the US and work at another company, he says. “There are no provisions for a one-year or two-year term for someone to work on their own idea or raise money. Right now, I have a good network of investors and founders in [Silicon Valley] but even with that I can’t raise money because no VC or investors will invest money if the founder can’t work on it full time.”

Mr Sharma is based in Mumbai. His last start-up was called Magically, which was based in San Francisco and was a marketplace for hardware start-ups to find manufacturers in Shenzhen, China.

Manny Fernandez, an angel investor and chief executive of San Francisco-based DreamFunded.com, says immigration status was “not even a thing on our checklist in the past”. But now, he says the situation is uncertain. “When you invest in tech . . . you’re investing in the people. So if you don’t know if the people have a strong foundation — meaning, ‘Will they be gone? Will they be here in a year?’ — it makes it really challenging.”