Firms turn to innovations, from online whiteboards to study of body language in virtual courts

Lockdown has forced lawyers around the world to speed up a switch to digital ways of working from lingering analogue habits.

Some have been faster off the mark than others, whether in signing legal documents electronically or holding “virtual” court hearings.

“When Covid-19 happened we had to adapt only a little as we had all the technology and tools in place,” says Danny Ong, partner at Singapore-based law firm Rajah & Tann.

“All our documents are online and people have full access to them on an iPhone or laptop.” The firm’s web-enabled phones even include an app that allows lawyers to record time spent on work for different clients.

Other law firms beefed up their IT capabilities as the pandemic took hold. “We have brought in new technology, such as a multi-party conferencing platform using Zoom,” says Jean-Pierre Douglas-Henry, global co-chair of litigation and regulatory, at DLA Piper, where virtual whiteboards and parallel chat rooms are becoming routine.

Clients in turn are starting to press for lower costs, as happened after the 2008 financial crisis. As a result, Mr Douglas-Henry expects wider use of artificial intelligence and algorithms, including to draft legal pleadings and evaluate a lawsuit’s prospect of success, as he writes in his introduction to DLA Piper’s recent report on virtual court hearings.

In the UK, the courts have embraced virtual proceedings, although the court service had needed to do some basic tasks such as ensuring that all judges could join conference calls by telephone. “That was not a facility that we had — you may be surprised to hear that,” Ian Burnett, Lord Chief Justice of England and Wales, told a House of Lords committee in May.

One of Britain’s most senior judges, Lord Burnett told the peers that 80 per cent of London’s High Court hearings were taking place mostly in a virtual form. No walk of life is likely to revert to February 2020, he said, adding: “We won’t be going back to February 2020 in the courts — of that I’m confident.”

In Singapore, before the Covid-19 crisis, the courts already allowed lawyers to make applications by video link although it is unclear whether the city-state will allow full trials to be conducted remotely — as is already happening in the UK. Some in-person hearings were due to resume earlier this month.

The virtual court model has also proved popular with some clients, says Mr Douglas-Henry, who reports they “feel more engaged online . . . as they can see the judge”.

Clients feel more engaged online . . . as they can see the judge

DLA Piper’s study, however, also notes some glitches: one claimant in Manchester’s commercial court was set for a virtual video hearing, only for it to be switched to audio because one barrister had bandwidth problems.

The study also notes that virtual hearings are not possible in some jurisdictions including China because of bans on popular video platforms.

One big stumbling block for holding an entire trial online has been the question of witness evidence. In many trials it is considered crucial for a judge to observe witnesses in the courtroom.

Views may be changing, however. In a recent ruling over a care order case in London’s High Court, Mrs Justice Lieven said “it is not possible to say as a generality whether it is easier to tell whether a witness is telling the truth in court rather than remotely”.

Mark Solon, a solicitor and founder of a legal training firm, predicts the quality of virtual court hearings will improve enough to enable close scrutiny of a witness, including facial expression and gestures. “The future will be broadcast-quality image and sound for court hearings,” he says.

His business, Bond Solon, helped prepare Roman Abramovich, the billionaire Chelsea football club owner, to give evidence to London’s High Court in 2011, in a $6.5bn dispute brought by the late Russian oligarch Boris Berezovsky over oil and gas shares.

The firm gives witnesses an idea of how the English courts work. “A lot of litigation takes place in London, and people are from different jurisdictions and often do not have a clue about the English legal system,” Mr Solon says.

Virtual court hearings have advantages, he adds. Witnesses giving evidence remotely, for example, are less likely to be intimidated by majestic court buildings. In the virtual world barristers do not have the same commanding physical presence that they enjoy in the courtroom, and are less able to deploy subtle body language, such as raising a quizzical eyebrow at a witness’s answer in cross examination.

More than a decade after the financial crisis, the global pandemic is forcing the legal profession once again to think about the next big steps in how they work. 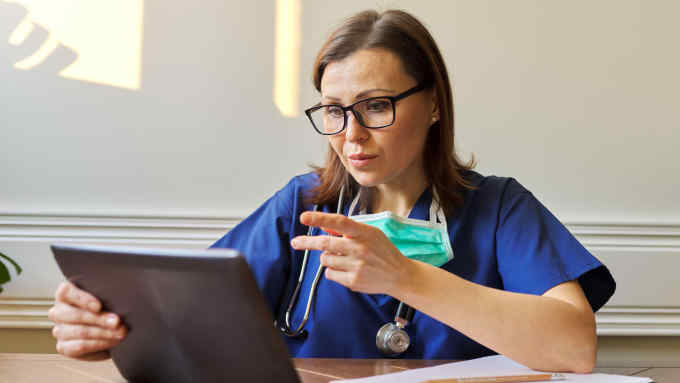