May 6, 2021
Jump to comments section Print this page

After two years of “will-they-won’t-they”, the lawyers of Mishcon de Reya have taken the plunge and voted to float their firm on the London stock market. And there is nothing like the topic of law firms going public to divide opinion.

Proponents of the deal point to Mishcon’s potential for overseas growth — executive chair Kevin Gold said the firm needs a “huge amount more capital” to “move the dial” on that front. The funds raised will enable the firm to expand further into Asia and the Middle East.

But sceptics ask whether high-end firm Mishcon will be able to retain top talent if partners are forced to fight with shareholders over future profits. Equity for every member of the firm will be good for some, but only if that share price keeps rising.

Mishcon has developed a fierce reputation for taking on tough legal challenges — not least Gina Miller’s fight for parliamentary scrutiny of Brexit — and for representing high-profile clients, such as Diana, Princess of Wales during her 1996 divorce. So there is no doubt that it has a stronger brand than some of the law firms to have listed already.

But that doesn’t mean it won’t also be buffeted by the public markets. Rival firm DWF had chunks knocked off its market value during the Covid-19 crisis last year and its shares are still worth 34 per cent less than when it listed. Mishcon will also have investors, as well as the City regulator, to answer to in any future reviews of its conduct — increasingly socially-conscious investors may be easily deterred by such things.

What do you think of the plan? A sign that we’ve reached the top of the market, or a shrewd move by a well-run firm? Are you a lawyer at a publicly traded law firm and what has it meant for your pay? Get in touch with your thoughts at kate.beioley@ft.com.

Look out next week for the FT’s Innovative Lawyers report for Apac. On Friday May 14 it will: rank the most innovative law firms; spotlight individuals; and showcase 80-plus firms and in-house teams. The Innovative Lawyers online event will take place on May 13 at 9am-11am BST (4pm-6pm HKT). Register here for free to join in — and vote in the inaugural stage of a new award for “collaborative innovation”. See you then.

The judiciary is not the UK government’s enemy

The FT editorial board weighs in on proposals to overhaul the system of judicial review in England and Wales — arguing that it is the latest attempt by the ruling Conservative party to weaken challenges from an independent judiciary. It is ordinary people who lose out from such a development, the FT says.

“Judicial reviews are not only used to hold the government to account, but also to challenge decision-making and process by public bodies including local councils. It is at this level that changes to the judicial review process may be most keenly felt — by ordinary and vulnerable people fighting decisions that affect their daily lives, rather than high-level constitutional debates.”

Courts can no longer protect companies from climate flak

Author Margaret Heffernan writes about last month’s acquittal of six Extinction Rebellion activists who had been charged with causing criminal damage to Shell’s London headquarters. The case appeared open and shut but the verdicts demonstrate the mainstream acceptance of climate change action — a fact companies can no longer ignore.

“The defendants were instructed by Judge Gregory Perrins that they could enter as evidence only who they were, what they had done and a brief explanation why. Defending themselves, each testimony was different. Senan Clifford, 60, recounted his frustration and despair about the environment. David Lambert, 62, described how mainstream voices urging action — such as broadcaster David Attenborough and former Archbishop of Canterbury Rowan Williams — reinforced his desire to prevent suffering.”

English football’s governing body has launched an investigation into the explosive attempt to create a breakaway European Super League, telling the six Premier League clubs that signed up they will be forced to hand over evidence relating to their participation.

“The governing body and the Premier League, the highest level of football in England, both said they had been discussing legislation with the UK government to prevent any future attempts to create rival leagues.”

Big Four auditors squeezed between US and China

The Big Four auditors have found themselves caught between conflicting risks: antagonising China, which has sought to keep company financial records from overseas regulators, or incurring financial penalties from authorities overseas. It is the latest challenge for the firms, following mounting criticism over their audits of failed companies, including Wirecard.

“The Big Four, which dominate China’s auditing market, audit about 140 Chinese companies that are US-listed, according to the SEC. As they have raked in fees from booming internet start-ups looking to access international capital markets, the Big Four’s China operations have grown to nearly the size of their UK bases, employing about 6 per cent of total global staff. Yet many of China’s largest technology companies — such as Alibaba, JD.com and Baidu — are among their audit clients that do not make Chinese audit papers available to US regulators.”

The FT’s Mark Vandevelde digs into the curious tale of a company that owns a single sandwich shop in New Jersey but is valued at $100m — and the top-tier American universities investing in it.

“Through a review of securities filings and public records, and interviews with key insiders, the Financial Times has pieced together this account of one of the strangest episodes in an extraordinary period for US capital markets — one that has appalled some experts. “[This] is a self-parody of a Spac [special purpose acquisition company],” said John Coffee, a professor at Columbia University’s law school who has written about hostile takeovers. “And that is what I would expect at the end of a bubble.”

Closing argument
Few things have been as thoroughly memed in recent weeks as Line of Duty — the TV show of a thousand gifs — or Tony Blair’s hair. After the former British prime minister popped up last week to discuss Scottish independence, the internet was set alight. Did he look more like Tolkien wizard Gandalf? Or silver-haired songwriter and “Modfather”’ Paul Weller? Had he taken the form of an ageing self-help guru — the tan would suggest so — or former IMF chief Dominique Strauss-Kahn? The FT’s How to Spend it editor Jo Ellison was, thankfully, on hand to break down her thoughts.

“Time is usually generous to politicians who have walked away or been voted out of public life. Having watched them become marked by the cut-throat ambition, egoism and pressures that scarred the years they were in office, we tend to look at them more fondly when we find them more relaxed. Barack Obama, shrunken and grey by the end of his presidency, was recast as a style icon as soon as he stepped away from the White House, his movie star charisma souped up with leather jackets and aviator shades.” 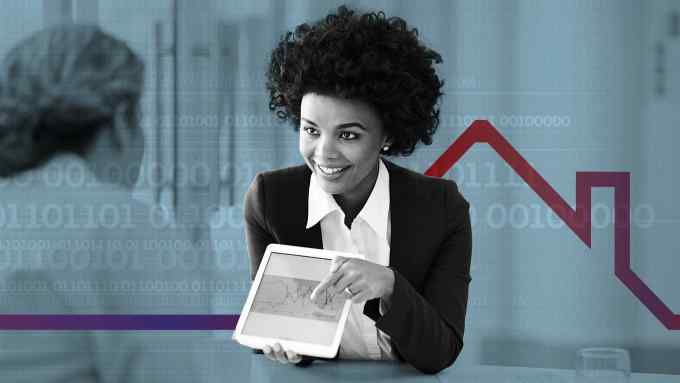