Afghanistan: Moscow brings back the memories 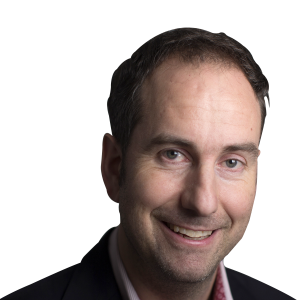 The Russians are returning to Afghanistan. A quarter of a century after the end of the Soviet occupation, Moscow wants Russian businesses to revive 150 creaking old Soviet-era projects in the country – and help build the economy and security in its regional neighbour.

The pioneer $25m investment is the Kabul Housebuilding Factory, an attempt to capitalise on the enduring popularity of the Afghan capital’s sturdily built Soviet-era apartment complex known as the Macroryan. Moscow is also renovating the imposing green-roofed former Soviet cultural centre and has plans for other ventures, including a giant Kabul breadmaking factory.

Video: Afghans brave fear of violence to cast their votes

These efforts are being overseen by Andrey Avetisyan, Russia’s urbane ambassador to Afghanistan, who was previously posted to Kabul as a young diplomat. After the Soviet retreat, Afghanistan collapsed into a vicious civil war that ended with the Taliban capturing Kabul in 1996 and publicly hanging the Soviet-backed President Mohammad Najibullah.

The country may still be dotted with Soviet tanks and artillery from the struggle with the Mujahideen resistance, but the passage of time has also nurtured a wistful central Asian version of the Ostalgie that enveloped some East Germans after reunification with the West. Even Hamid Karzai, the president, has praised the Soviet Union as “efficient” in its spending – in implied contrast to the multibillion-dollar injection of western money since the US-led invasion to oust the Taliban in 2001.

Some Moscow initiatives have flopped so far, such as an attempt to build an international consortium to renovate the Salang road tunnel through the Hindu Kush. But as western aid projects wind down and Nato prepares to withdraw most of its troops, it is also another reminder of how Afghanistan’s strategic position as a bridge between Europe and Asia will continue to be a magnet for ambitious foreign powers.

Afghanistan’s elections – billed as the first democratic handover from one civilian government to another after decades of turmoil – have been inspiringly embraced by many voters. But, with a second round due next month, there remains a nagging feeling that some big and potentially growing problems are not getting the attention they deserve as the US and other countries funding the election bask in the afterglow of Afghans defying Taliban violence and threats.

The sense has grown as results have trickled out that there are significant little-watched areas of the country where we may never know fully what murky business went on. Fraud allegations have come from all sides over many hundreds of thousands of votes: a large number in an election in which fewer than 7m were cast. We are also still in the dark about how many Afghans were disenfranchised by jammed voter registration centres, ballot paper shortages and deadly violence that stopped polling in some places.

Now the pressures on a shaky system will rise further, as the polls’ success in throwing up a genuinely close race also creates more incentives to cheat. At best, it will probably be late June before we know whether Abdullah Abdullah, the immaculately groomed former Mujahideen ophthalmologist, or Ashraf Ghani Ahmadzai, the former World Bank technocrat turned financial architect of Afghanistan’s post-2001 reconstruction effort, is the winner. Let’s hope there’s no repeat of the plaintive text I once received from one Nigerian political party spokesman as that country’s 2003 election was fixed before his eyes: “It is magic that is happening.”

The children who mounted games of football and cricket across Kabul on the quiet roads of election day were a reminder of a sporting story that has become a noted coda to Afghanistan’s re-engagement with the world. Late last year the national cricket team’s qualification for the 2015 World Cup followed the footballers winning the South Asian Football Federation Championship – and being showered with cash and flats by the government.

Afghan Premier League soccer has also boomed since its launch in 2012, with teams being selected via television viewers’ votes on a reality show called Green Field. As voters’ attention switches from football to the likely election second round, young Afghan sports wannabes can still look forward to another chance to chase their dreams on the streets.