A side hustle helps you push ahead in your career

The beauty of the forests surrounding Berlin were the inspiration for Emily McDonnell’s new side hustle: workshops in “forest bathing”.

Originally from Japan and known as Shinrin-yoku, it is a therapy that allows people with busy urban lives to reconnect with nature through exercises that focus on the senses. Stopping to look at the sky through the trees, for example, or closing your eyes and feeling trees or rocks, taking time to be in the moment.

Ms McDonnell moved to the German capital in 2017, leaving her corporate communications job in the UK to join Civocracy, a Berlin-based online platform that encourages citizen engagement in government decisions. She had the idea for the workshops last year, after wondering how she could make use of her interests in sustainable travel and nature in her spare time.

“Side hustle” is a broad brush term, but generally a part-time side gig is a way to experiment with a subject you are interested in. It can develop your skillset and your career, says Bec Evans, author of How to Have a Happy Hustle: The Complete Guide to Making Your Ideas Happen.

It is early days for the forest bathing side hustle, but as running costs will be low, Ms McDonnell expects it to be profitable by the summer. Aside from potential extra income, it is a chance to be creative and connect directly with people.

Managing the workshops, along with a travel blog called Weekly Adventure she has already established, is developing skills she can use back at the office, such as problem-solving: “Having your own structure and direction with something gives you self-confidence and makes you think differently . . . I am now more trusting of my own voice and ideas [at work].”

Ms Evans was a senior manager in publishing in the UK when she developed her hustle, Prolifiko, into a start-up. Prolifiko offers courses and tools — such as an app to track productivity — to help aspiring writers get started and overcome procrastination. While building the business, she gained tech skills, such as user testing, and learnt to interview people more effectively for research. She now runs Prolifiko full time, and is a writer and coach.

Research suggests side hustles are no longer unusual. According to a 2018 Henley Business School study, 25 per cent of UK adults had a side hustle, which it estimates may generate income worth £72bn for the UK. In the US, nearly half of workers have a side gig, according to a Bankrate survey, in most cases because they want to earn extra money.

Normally, income from a primary job provides security, while the side hustle allows an opportunity to experiment. However, in some cases a side hustle provides a stable income while you build experience to change industry or profession.

Nassia Matsa was working at a media company, but wanted to move into journalism. By chance, she got a modelling gig, which turned out to be the perfect side hustle: more work followed. She could see the fashion industry from the inside and develop her next career move. The money she made topped up her salary while she did internships and freelance writing.

Originally from Greece, but based in London, she has a modelling agent in the UK, Paris and Athens. Meanwhile, she works nine to five as a social media co-ordinator for Condé Nast’s Vogue Global Network.

The modelling is flexible as she can work at weekends and attend castings in her lunch break or after work. However, she emphasises that you need to be “super organised” to have a side hustle. “You don’t want to commit to something and then say you can’t do it,” she says.

Ms Evans says one big downside of a side hustle is that it is likely to have an impact on family or leisure time. But if you genuinely do not have time, “don’t punish yourself with a kind of Fomo [fear of missing out]”.

Percentage of UK adults who have a side hustle

For others, fear of failure is a barrier to getting started. Rebecca McGivney, who works part-time in accounts for a creative consultancy in New York, started selling vintage clothing on Etsy, the online marketplace, in 2018. She sometimes sets up shop in her home and has expanded into hand-embroidering vintage pieces. She wishes she had started earlier, rather than putting it off.

“I would talk about opening a store ‘one day’ or convince myself that I was ‘doing research’ when in reality I was simply stalling and afraid to fail,” says Ms McGivney. She hopes to turn her business into a full-time job and eventually run a bricks-and-mortar store.

It also changed how she views her work. “For so long, my self-worth and identity was tied directly to what I was doing as a day job,” she says. Now, with her side hustle, she values “the things that genuinely bring me joy, regardless of whether or not they are profitable”.

A side hustle can be an uncertain path. Ms Matsa says there are no guarantees that work will keep coming, but she is still careful about which jobs she accepts, asking herself: “Will I make the right contacts? Will it be good for my CV?”

It is also important not to shy away from self-promotion. “I am terrible at it,” admits Ms McGivney, “but it is so vital to side hustle success”.

Get alerts on Audio articles when a new story is published 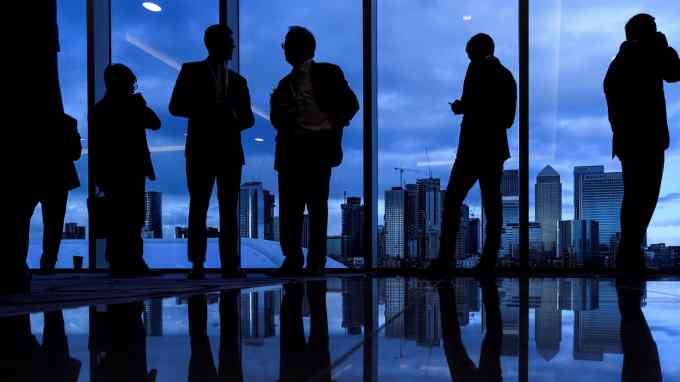