The hidden value of a good night’s sleep

Inside the Swiss clinic for wealthy insomniacs

If you’re reading this article on your smartphone late at night — stop. Those who have trouble sleeping will often start fiddling with their phones, but did you know that the blue light from your screen suppresses melatonin, preventing rest?

Here’s another fact to keep you awake — going just 17 hours without sleep (a moderately late night for most people) affects the body in a similar way to a blood alcohol concentration of 0.05 per cent, the legal definition of being over the limit in Scotland. Can those who are constantly tired make the best decisions about spending, saving and investing their own money?

Not getting enough sleep is bad for your health — but it could also be bad for your bank balance. Tiring yourself out by working long hours in the hope of a pay rise or promotion could be the wrong approach, since getting more sleep tends to make us more effective in our work.

Yet for all that’s been written about sleep, I have personally struggled to accept the case for getting more. I’ve worked in two office environments: the investment management arm of a UK merchant bank, where — uncharacteristically for the sector — being at work beyond 6pm was seen as a badge of professional failure. Then the London office of a large, Seattle-based internet retailer, where the US mothership only came online around that hour. The latter job proved more challenging, sleep-wise, yet the company thrived and its employees tended to as well.

Researchers have started to explore the economic consequences of sleep deprivation. This is now a $680bn problem for developed world economies, according to research group Rand Europe, which estimates this is the cumulative absolute lost economic output from poor sleep. 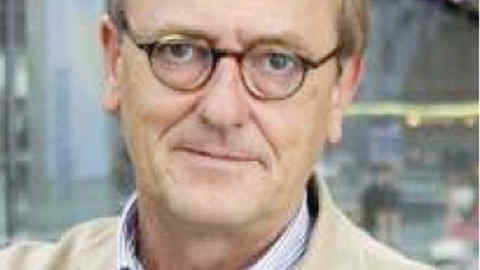 Its macroeconomic calculations take account of impaired performance (absence from work, and reduced performance in the office while bleary-eyed) plus increased mortality — yes, a lack of sleep can take years off your life — and even noted a “negative effect on adolescents’ skills accumulation” as dozy teenagers slumber at the back of the class. In the UK, Rand Europe claims this amounts to $50bn a year (or 1.9 per cent of GDP).

These claims simply didn’t fit with my experience. With the passing years, I was still getting to bed after midnight, only waking up earlier — often about six. Surely working “long, hard and smart” pays dividends, at both the macro and individual level?

What roused me from my slumber was another claim in the Rand report — those getting less than six hours a night face a 13 per cent higher risk of dying earlier than those sleeping for the recommended seven to eight hours. The jump in mortality risk is due to links between insufficient sleep and leading causes of death, notably cardiovascular disease, diabetes and accidents. So, if you’re a bad sleeper, better get round to making your will.

For wealthy insomniacs, there is a potential solution. Namely, a clinic in Switzerland that — for an upfront investment of nearly £4,000 — promises to probe the secrets of your sleeping habits.

The resort of Bad Ragaz sits in an Alpine valley 100km south-east of Zurich. Visitors have been drawn to the spa waters here since the 13th century, in search of a cure. In pursuit of my own therapy, the first meeting is with Dr Mark Däppen, the clinic’s enthusiastic sleep specialist. He begins by questioning my medical history, lifestyle, family background and other topics you’d expect. I want to know what has tricked my body into thinking that six hours of sleep a night is enough. How do I get back that last hour of sleep?

“Not easily,” he explains. “As we age, hormones such as cortisol, which wakes us, are released earlier in the day. Physiologically, everything is shifting forward as we get older. It’s preparing us for the end,” he adds. What he recommends is a session of polysomnography, the recording of a night’s sleep. “Sleep is not like exercise or diet. You can’t see what’s happening — ordinarily.”

He takes a blood sample. The results will be analysed and, depending on the results, I might be referred to any of 30 or more specialist doctors on site, covering allergies, urology, gastroenterology, dentistry and more (there are 70 medical professionals in total). The level of discretion is also noteworthy: it allowed the chief executive of a listed company to come here recently for significant medical treatment under cover of a two-week family holiday.

Andrea, my therapist, requires 90 minutes to attach all 21 monitors to me. These measure brain activity, eye movement, respiration, heart rate and other vital signs. The monitors communicate wirelessly with a computer in the corner of my room; from the top of the computer sprout a microphone and video camera arm. We agree a wake-up call at 630am. I suspect I’ll be awake before then.

Next thing I know, another therapist’s face is hovering above mine. Am I dreaming? “What time is it?” I ask. “Six-thirty,” she replies, “but there’s been an emergency, I’ll be back soon.” Sitting up, I ask whether it’s me. Mercifully not.

You snooze, you win

I’ve arranged for Dr Däppen to give me my preliminary results later that morning. “The good news is that you got to sleep in 12 minutes and slept for seven hours total,” he says. This surprises me, because I don’t feel the benefits. “Your sleep organisation is sound, you cycle through the different stages correctly and you actually get a higher-than-average percentage of deep sleep.” I sense a “but” coming.

“You may require more deep sleep, though. Your sleep efficiency is 84 per cent and for you it should be 90 per cent.” There’s a pause before he announces: “You woke 32 times.”

It takes us a minute to clarify that 20 of those times occurred after the 6:30am wake-up call, when I went back to sleep. Still, the remaining 12 occasions are shocking. I force myself to remember them, but can’t recall more than a couple.

“Your stress levels in the latter part of the night are elevated,” he continues. “We know this from the monitor attached to your finger, which measures pulse oximetry. Effectively it indicates adrenaline release. It shows 42 stress reactions per hour in the later stages of sleep. More normal would be 15-20.”

Did the video or sound recordings reveal anything? “Not really,” he replies. “Your breathing and heart rate are normal. There’s very little snoring or leg movement. You changed position once or twice, but that’s all.” It’s almost disappointing. “There’s nothing physical explaining your elevated stress levels or fragmented sleep pattern.”

So should I see a psychiatrist? He shakes his head. “If I’d detected depression or mood swings from our conversation yesterday, then yes. I didn’t.”

I challenge this. “What if I said everything was great in my life when it isn’t, as a kind of coping strategy?” He asks whether that is indeed the case. “I can’t think how coming to Bad Ragaz to write about it could possibly be considered stressful,” I reply.

So what’s next? “We wait for the blood results,” he says. “You relax here. When you get back to London, try to find an activity that will physically tire you out. It doesn’t have to be going to the gym. And try to be in bed before midnight. Even a half hour makes a huge difference over time. Remember that small changes can be extremely beneficial: we spend a third of our lives sleeping — or should.”

It is a point worth meditating on. It’s snowing, and I spend the remaining time before check-out in the outdoor spa pool, with large flakes landing on my upturned face.

Putting the mind to rest

Cracking the sleep conundrum is something that some high rolling executives are clearly prepared to spend money on. Former US president Bill Clinton once said: “Every important mistake I’ve made in life, I’ve made because I was too tired.” Could costly, bad investment or career decisions be avoided with more shut eye?

Health sector
The risks of too little, or too much, sleep 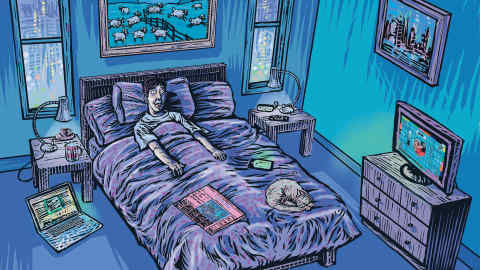 Our sleep disorders are also a great revealer of other things going on in our lives — if only we get chance see them. Mercifully, my case was relatively straightforward. The blood results show a moderate Vitamin D deficiency, for which nutritionist Sonja Ricke recommends full-fat cheese, butter and milk — which I can certainly live with — and the persuasiveness of the data makes me finally change other habits, with less faff at day’s end, and bed before midnight.

But consider the case of the woman whose restless leg movement in bed was attributed to a significant iron deficiency, or the man whose sleep apnoea [obstructed breathing] was linked to left ventricular [heart] dysfunction. For them, the return on investment from probing the secrets of their sleeping habits is immeasurable.

The Sleep Diagnostics programme is priced at Fr4,850 (£3,930) per person and includes two nights in a specially equipped sleep diagnostics room at Grand Resort Bad Ragaz with an accompanying person. The package includes breakfast and full access to the spa facilities. resortragaz.ch

Daniel Pembrey is an author and freelance features writer. His new detective novel, “Night Market”, is out with No Exit Press on January 26. @DPemb