Asia’s next generation looks outside the family business

An absurd scene in the 2018 film Crazy Rich Asians involves a wild party on a container ship. A man casually fires a bazooka into the sky, sending the bikini-clad model who was holding the launcher flying across the deck.

High living, glamour and romance underpin the film about Asia’s [super-affluent. But the romantic comedy, based on Kevin Kwan’s bestselling novel, strikes a much more serious chord for today’s Asian business families: succession.

The movie touches on the resistance of the male lead — a US-based scion of one of Singapore’s wealthiest families — to giving up his academic career and joining the family business.

The same tension affects real families in Singapore and across Asia, as younger generations have become bolder in choosing their own paths and pursuing interests away from the family business, just as these companies grow larger and more complex to manage.

“For succession it is an uncertain time,” says Richard Loi, south-east Asia leader at Deloitte Private, the private companies unit of the accountancy firm.

How prominent business families navigate this transition is of global importance, not least because Asia-Pacific has overtaken North America as the region with the highest number of wealthy individuals (those with more than $1m in assets in addition to their main home). Collectively, Asia-Pacific HNWIs were worth $21tn in 2018, according to consultants Capgemini. In contrast to older US or European families, most Asian business dynasties are only in their second or third generations. Many therefore now face what is usually seen as the most delicate time in managing succession — the stage when the founder has died or given up control but the family has yet to set up strong institutional structures.

“The crux is the third generation. That is when families lose it all,” says Annie Koh, academic director at Singapore Management University’s Business Families Institute. This was established to help families avoid the “third generation curse” by adapting foreign experiences for south-east Asia.

Rapid wealth accumulation in the region means family businesses where control is changing hands today “are fairly large compared with maybe 50 years ago”, says Loi. Moreover, he adds, successors face “a disruptive environment” in terms of the global economy, politics and technology, making it harder for the wider family to rely on predictable profits. This in turn can fuel uncertainty about a successor’s business capabilities, potentially creating conflict.

Yet there are signs that business families are adjusting well to the pressures. Historically, heads of Asian business clans have struggled to let their companies go, resulting in late — and sometimes messy — succession planning.

Three wealthy clans — the Kuok, Wee and Yong families — offer contrasting examples of how Asia’s succession evolution is playing out, with the younger generation members making their own way despite the still-commanding presence of the older generation. 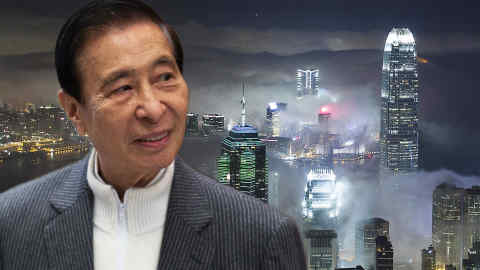 An ageing patriarch who remains the public face of his business empire is Robert Kuok, 96. With a net worth of $12.3bn, he is Malaysia’s richest man and has built a multinational conglomerate, ranging from agribusiness to property to shipping. The founder of Shangri-La hotels — who has eight children and other relatives working across the conglomerate — has said his empire can last four generations if his children follow his “message”.

But the seemingly eternal chief embodied by Kuok may become a thing of the past. In a 2013 Deloitte-Singapore Management University survey of mostly south-east Asian business families, 62 per cent of first-generation respondents said the current generation should let go of the business in their seventies. But that number tumbled to 23 and 24 per cent respectively for second- and third-generation respondents, and just 10 per cent for the fourth and later generations.

The growing sophistication of Singapore as a wealth management centre could help transform succession planning further. Asian families historically have relied on fairly simple wills or holding companies as succession tools. But as these instruments struggle to address the growing complexity of structures and relationships, Lee says families “increasingly” are adopting private trusts and family offices. In Singapore alone, the number of family offices quadrupled between 2016 and 2018, according to the Monetary Authority of Singapore.

The choice of successor is also evolving, with families warming to hiring non-relatives as chief executives. This is not always easy, given Asian sensibilities whereby the young are expected to follow in the footsteps of their elders. “In Asia there is pressure, there is a sense of duty, filial piety,” says Michelle Yong, a fourth-generation member of the family behind Singapore-based construction giant Woh Hup.

Koh says as family businesses grow larger and more layered, “you need more talent that is outside the family to bring the business to the next level”. In the Deloitte-SMU survey, 77 per cent of first-generation respondents said a family member should take control of the business. But the figure dropped to 35 and 24 per cent respectively for second- and third-generation respondents.

Kuok Meng Ru, 31, Robert Kuok’s great-nephew and son of Kuok Khoon Hong, co-founder of agribusiness giant Wilmar International, has picked a path far from his family’s business empire. After spending most of his life in the UK at boarding school and at Cambridge university studying mathematics, he returned to Singapore and co-founded BandLab, a cloud platform for musicians to collaborate. It has a base of more than 11m users, and more than 2m songs are created on BandLab every month.

The blues-loving entrepreneur is building a music ecosystem. In addition to the app, the company makes and sells guitars, music tools and accessories. In May, it bought TI Media’s music magazines NME and Uncut, after earlier selling its 49 per cent stake in Rolling Stone. BandLab will revive the UK’s NME music awards — which debuted in 1953 — next February after a one-year hiatus.

Kuok Meng Ru’s first foray into the music industry — acquiring and revamping Asian distributor and retailer Swee Lee — was inspired by the agribusiness his father was building at the time. “Everything they do in food, from plantation all the way to the consumer brand, that was very interesting to me to see how that could be applied to music,” he says.

He does not rule out joining the family business in the long term. “But is there pressure? No. And would I do that at the expense of someone I think would do better than me just because of a family relationship? Absolutely not,” he says, pointing to the fact that no family member works in his business.

Among other next-generation members breaking away from the family business is Wee Teng Wen, 39, the eldest son of Wee Ee Cheong, 66, chief executive of UOB, Singapore’s only remaining family-run bank. Earlier this year Wee Ee Cheong said he was open to a non-family member succeeding him at the bank his grandfather founded more than 80 years ago. The family’s wealth stands at $6.25bn, according to a 2017 Forbes ranking.

However, Wee Teng Wen chose hospitality over banking. He launched The Lo & Behold Group, which manages Singapore establishments including a trendy beach club, restaurants, bars, a hotel and a members’ club. “There is a lot more openness and acceptance to business succession taking on many forms,” he says.

I still get the occasional “OK, so when are you joining the family business?” in half-jest and half-seriousness

He says he was “blessed” with his parents’ support for his career choice on returning to Singapore after studying at Pennsylvania university and working as a consultant in the US. But the matter is not completely settled. “I would say explicitly there is not much pressure, but implicitly sometimes there is for sure,” he says. “I still get the occasional ‘OK, so when are you joining the family business?’ in half-jest and half-seriousness, or seriousness masked in jest. It is still the expected route, for better or for worse.”

Wee Teng Wen gives no indication, however, that he intends to join UOB in the near future, with Lo & Behold counting more than 300 staff, 16 properties in its portfolio and a second hotel on the way.

He jumped into hospitality to help Singapore become “more culturally confident” and lose its image as “efficient, exacting, clean and bordering on sterile — the big themes were always how chewing gum was banned”, he says.

Straits Clan, a private members’ club launched in 2018, is one of Lo & Behold’s newest properties. It is part of a new wave of Singapore clubs based on diverse memberships rather than the traditional focus on people of the same profession, family or gender.

Even the next-generation members who do join their family business are starting to change them. At Woh Hup, Michelle Yong, 40, studied in the UK and worked as a consultant before becoming director of Aurum, an underperforming subsidiary originally focused on small residential projects. She turned it around, launching Found8, a co-working business, and Core Collective, a co-working space for fitness and wellness professionals.

Her grandfather, Yong Nam Seng, is Woh Hup’s chairman and her father, Yong Tiam Yoon, is his deputy. But as a woman in what is still a male-dominated business world, she would probably have faced a struggle to become the next leader of Woh Hup, whose projects feature Singaporean landmarks such as the vast Gardens by the Bay complex. “My brother was groomed to take over the core business,” says Michelle Yong. “It has always been known since we were children. That seat was already taken.”

My brother was groomed to take over the core business. It has always been known since we were children. That seat was already taken

Koh, the academic who has studied Aurum’s case, says taking on the subsidiary gave Michelle Yong the chance to develop her own style, in the manner of a start-up, while tapping ties to the family and Woh Hup’s links to developers. Her model is UK entrepreneur Richard Branson’s Virgin brand. “My hope is to become the Virgin of the co-sharing economy,” she says. She is investing in modern forms of shared living and studying, and expanding beyond Singapore and neighbouring Malaysia. “Aurum is not a property developer any more,” she says.

Thinking of her own legacy, Michelle Yong says she wants to make sure her three children have many options. “My generation feels there are a lot more people who want to become entrepreneurs. That probably has an influence on family businesses and how the next generation view their options.”

In line with trends in Asia’s succession evolution, the romantic lead in Crazy Rich Asians pursues his own path as an academic, away from the family business. That is fiction, but it is not so far from today’s reality.