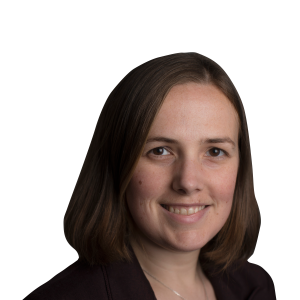 Global warming is, by definition, a global problem. But the worldwide scope of the EU’s latest climate change effort — designed to end the practice of describing things as greener than they really are — is provoking alarm on Wall Street.

The Corporate Sustainability Reporting Directive, agreed in principle with little fanfare earlier this summer and due to come into force from next June, compels all “large” companies that operate in the EU or have listed securities in the bloc to produce extensive new reports on the effects of their business, and of their parent companies, on the environment.

For banks such as Morgan Stanley or JPMorgan, it means producing reports for businesses that sprawl across dozens of regions and are multiple times the size of their EU-based entities. Some bankers also say it is off-putting for their clients — an Asian company that lists a single debt instrument in the EU will have to produce reams of audited information about its entire business.

“The extraterritoriality is bonkers,” a policy expert at a large US institution told the Financial Times. One of his peers at another large US bank described the CSRD as one of the most pressing policy issues on his plate, even as the EU fine-tunes hundreds of pages of new capital rules this autumn.

The directive introduces mandatory audited corporate reporting on a vast range of environmental, social and governance impacts including greenhouse gas emissions and internal risks and controls. On the environmental side, they include metrics such as climate change mitigation strategies, pollution and the impact on biodiversity and ecosystems.

That’s a big ask across enormous global businesses, banks and their lobbyists say, especially when the terminology may not be compatible with other global work, and the exact details of what they will have to report at group level haven’t been pinned down yet.

All big companies could make the same arguments, but banks feel particularly aggrieved by two elements in the EU’s plans.

“There is genuine concern around liability (for inaccurate information) particularly in the US . . . around likely litigation if they don’t have the availability and reliability of data they need to be able to make their own disclosures, because they can’t get that from their clients,” one industry lobbyist said.

The second bank-specific complaint is the imposition of the full whack of rules on foreign companies that list any instrument in the EU’s markets, such as a Japanese company issuing a small bond that can only be sold to institutional investors in Paris or Amsterdam or Frankfurt.

The agreement reached in June will continue to grind its way through the Brussels machinery in September, when there will be a final plenary vote in the European parliament.

Banks are hoping to get a decent hearing on claims that the most recent draft is unclear — the more optimistic policy experts think the tidying up will mean that companies whose only EU activity is issuing securities get the same reprieve as those offered to small and medium-sized listed businesses. These have been promised obligations that are “proportionate to the capacities and resources of SMEs . . . and relevant to the scale and complexity of their activities”.

But they privately admit that the “ship has sailed” on the extraterritoriality, even if they are at odds with the greater European project of creating debt and equity markets as broad and deep as those in the US.

“You’re going to kill off European capital markets like this,” the policy expert says. He adds that while there might be an argument for uniform information covering EU-listed equities, extending the requirement to all securities will drive companies away.

The policy expert expects companies that only use the EU’s capital markets a little to not use them at all. London may be the beneficiary, since it offers a diverse source of funding without incurring the burden of the new rules. “This contradicts the goal for Capital Markets Union (CMU), they know that,” the first banker says of the stance Brussels is taking. “There’s not much you can do on that level . . . climate takes supremacy.”