Lebanese bankers plead their case to some new sheriffs 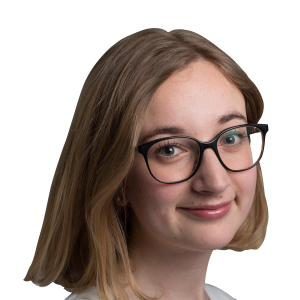 We’ll send you a myFT Daily Digest email rounding up the latest Lebanon news every morning.

In early September, six of Lebanon’s top bankers touched down in Paris. It was not a business visit — Lebanese lenders have been shunned by overseas counterparts since the state defaulted in March. Representing Lebanon’s powerful banking lobby, the financiers had gone to plead their case to some new sheriffs: French officials.

French President Emmanuel Macron is corralling the international community’s efforts to help crisis-stricken Lebanon, while pressuring its unpopular leaders. Even before one of the biggest chemical explosions in modern history pulverised swaths of the capital city, Beirut, in August, suffering was intensifying. The poverty rate has shot from 28 per cent to 55 per cent in a year and inflation in August was up 120 per cent from 2019.

It’s not only the ageing warlords and dynastic scions of Lebanon’s ruling class that are under scrutiny — so are financiers. On Sunday, Mr Macron compared Lebanon’s banking system to a “Ponzi scheme”. He has called for more transparency in a financial system shrouded by secrecy laws, as once-illustrious, now-illiquid lenders contend with threats of government-led downsizing and restructuring.

In Paris, the bankers argued they should play a role in rebuilding, according to meeting minutes. The Association of Banks in Lebanon characterised the meetings as “productive”. But it’s a tough sell. In their heyday, Lebanese bankers made Beirut the region’s financial hub, but exposure to the state has been their undoing. The lenders had collectively parked 55 per cent of their assets in the central bank in time-locked deposits — for doing very little, they were earning double-digit interest and profiting richly. After the state defaulted on eurobonds earlier this year, it is unclear whether it will default on internal debt too.

Rating downgrades have come thick and fast and balance sheet holes are emerging. Auditors gave adverse opinions on the 2019 accounts of Blom Bank and Byblos Bank, two of Beirut’s largest lenders — the external accountants believed the banks, under orders from the central bank, were under-provisioning for their sovereign exposure. As it was, Blom reported its net profits fell by 77 per cent year on year. Byblos made a loss.

Central bank governor Riad Salamé, who acts as the banks’ regulator and was once a reliable ally, has given them an ultimatum: clean up by February or be taken over. “The strategy is to ask the banks to rebuild their capital and their liquidity,” he said. He imposed new liquidity requirements and told them to boost their capital by 20 per cent of their equity, up to around $4bn.

In the same directive, Mr Salamé reminded bankers of the Banque du Liban’s investigative powers — an implied threat that sparked outrage in the financial sector. “I’ve got a lot of bankers telling me he turned against us,” said one financier, who asked not to be named.

Meanwhile, customers are still fighting the banks for their own cash. For nearly a year banks have restricted access to deposits, citing fears of a bank run when mass protests broke out over corruption and inequality last October.

Richard Howes, a British retiree who was born in Beirut and lives in Greece, says the small sums his Beirut-based bank releases to him are barely enough to get by. The 74-year-old says he can withdraw just $100 a month on a credit card and zero from his current account. “Spending is just on food and things like electricity,” he says. As for non-urgent medical care, “you say, ‘that can wait’.”

Desperate to retrieve even a part of their frozen funds, some overseas depositors are fighting back in the courts. In an important test case, Bilal Khalifeh, a UK resident who had $1.4m in a current account with Blom Bank, has been granted permission by a British judge to pursue his claim for damages in the UK. “We’re seeking the amount that’s in his account, which is just over $1.4m, plus interest,” said Joseph McCormick, Mr Khalifeh’s lawyer.

The lawyers argued that although Blom is Lebanese, Mr Khalifeh is still protected under EU consumer law. This could unlock legal cases against Lebanese banks throughout the bloc. Several have already been filed in the US. “The ball is in the bank’s court,” said Mr McCormick. A deadline for the bank to appeal to a higher court has passed.

This article has been amended to clarify that an appeal deadline has passed and to correct a reference to the adverse auditing opinion on both banks. The auditors were concerned that the central bank’s prescriptions limited the lenders’ ability to report their sovereign exposure.

Get alerts on Lebanon when a new story is published