Lead the way with 50% off
Personal pensions

£2tn ‘at risk from pension tricksters’

Consumer freedoms expose savers to greater risk of being scammed

Sign up to myFT Daily Digest to be the first to know about Personal pensions news.

More than £2tn of pension cash is at risk of scams, according to analysis which calls for urgent action to better protect investors.

The estimate was made by The Police Foundation, a think-tank, in a report which lays bare the scale and nature of the scam threat facing millions of savers.

Using data supplied by pension companies, the Police Foundation found that from just 13 providers, £54m of pension wealth was suspected to have been targeted by scammers in 2019. Of that, potentially £31m was lost.

Nearly two-thirds of customers, or 62 per cent, went on to transfer their pension even when warned of the risks, the report found.

Last month, UK regulators estimated that more than £30m had been lost in pension scams since 2017.

“The introduction of pension freedoms in the UK has enabled people to have much greater flexibility regarding their pensions and to release funds in order to invest them directly,” the Police Foundation analysis said.

“However, this greater consumer freedom has also exposed people to scammers, keen to exploit a colossal pot of wealth.”

The report, which was supported by provider The People’s Pension, concluded that more needed to be done to strengthen the national response “at all levels” to the pension scam threat.

“The pension industry itself needs to become more consistent in the checks that are carried out when transfers are requested and in the reporting of scams that are identified,” the analysis said.

“Providers also need to have the power to block transfers where they believe that a scam is under way. Regulators need to do more to tackle rogue financial advisers and financial sector professionals need to be made more aware of the signs of scams to avoid unwittingly facilitating them.

“Authorities are perennially on the back foot, unable to proactively tackle pension scammers.”

Project Bloom, led by the Pensions Regulator, brings together bodies with oversight over scams, including pension companies, trustees and the police. However, the report said the project did not steer the “response on the ground”, which meant a single scam could be known to multiple organisations, such as pension companies and trustees, but not tackled collectively.

The Police Foundation estimated that about £2.5tn of £6.1tn of pension wealth in the UK was “accessible” to scammers because the consumer could move their benefits. 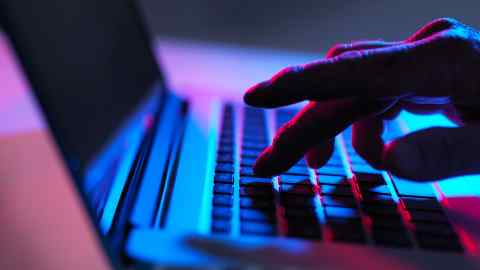 “This research is another wake-up call for government and regulators to urgently improve protection against pension scams,” said Baroness Altmann, a former pensions minister.

“The report shows pension providers are unable to protect customers properly, even if they suspect they are at risk of transferring to a scam scheme.”

Baroness Altmann estimates up to £600bn of taxpayers’ cash could be at risk to scams, given that retirement savings benefit from tax relief.

“When a pension scam occurs, it is not only the pension saver that loses out. All taxpayers lose as well,” added Baroness Altmann.

The Pensions Regulator, which oversees workplace pensions, said it and its partners in Project Bloom were “dedicated to stopping scammers”.

“We are working together to tackle scammers head on, using our powers to investigate and prosecute,” said TPR.

“But we also know education is one of our best weapons in that battle. Anyone can be a target, which is why it’s vital all savers should be ScamSmart, know the common signs of a scam and always check who they are dealing with.”

Guy Opperman, minister for pensions, urged pension savers to stay alert to scams and said the government was working closely with its partners on the best ways to combat fraud.

“We have added new measures in the pension schemes bill, presently going through Parliament, to empower trustees to take action where they suspect scam activity, and to require members to take guidance if they wish to make certain transfers.”

Get alerts on Personal pensions when a new story is published