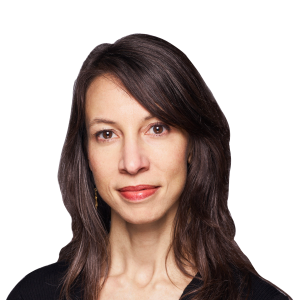 On July 4, an Independence Day party was in full swing on the rolling greens of the Apawamis Country Club golf course just north of New York City. Hundreds of club members and their guests of every age — families with young children and teenagers, elderly grandparents, recent retirees — had all come out in a packed celebration.

People were hugging and kissing and crowding into jumbled lines at the cocktail tents. Everyone was maskless, joyful and, in the eyes of this outsider just arrived from London after two years of pandemic-imposed exile, wildly uninhibited. It all felt way too normal.

Since Governor Andrew Cuomo announced the near total cancellation of pandemic restrictions in late June as New York State hit the benchmark of 70 per cent of adults vaccinated, New York City has come back — intensely. In June alone, the leisure and hospitality industry added 18,000 jobs and hotel occupancy rates reached a post-pandemic high. Restaurant reservations are impossible to get again, in part due to labour shortages causing reduced service, but also because New Yorkers have returned en masse.

“We are having the best summer we have ever had,” says Bonny McKensie, managing partner of Bibi Wine Bar in the East Village. “You hear a couple of people talking about the Delta variant now, but two weeks ago people were not even saying the word Covid.”

New signs have replaced the old ones: “Please wear a mask if you are not vaccinated.” In some coffee shops and restaurants, even staff have quit masking, with these restrictions now up to businesses — and individuals — giving an ad hoc, carefree feel to any measures that might actually still be observed.

Puru Das, the co-founder of Delhi-based design firm DeMuro Das, returned to New York for the first time since the start of the pandemic for the opening of a new showroom. “I found it so optimistic, especially coming from India,” Das says. “The world will get over this and New York is ahead. There was a brief moment of weird dissonance — why aren’t these people wearing masks? — but it’s also summer and the weather’s lovely. It felt amazing.” Brian DeMuro, his business partner, agrees: “I didn’t question it. I dived right in.”

The streets of the East Village and the Lower East Side that abound with bars and twentysomethings looking for fun, felt like a throbbing street party. The scent of cannabis floated everywhere in the hot summer air (it was legalised in New York in April), adding to the atmosphere of licence.

None of this would feel that unusual but for the fact that the city had just experienced 16 months of intense abnormality, with lives upended by an unprecedented global health crisis. One in nine people in New York City was infected and the city registered more than 33,000 deaths. That experience was compounded by an intense social justice movement last summer and overlaid with a fraught presidential election.

In comparison, New York now feels frantically normal. “Big social groups tend to do this. They tend to do quick manic turnrounds,” says Orna Guralnik, a psychologist and psychoanalyst practising in New York, and therapist for the Showtime docuseries Couples Therapy. “Germany after the war. They had this manic rebuilding. Collectives tend to do that.”

Embracing friends and loved ones — and strangers! — again, and relaxing into the deeply normal and sorely-missed pleasures of socialising felt marvellous. “It has the quality of a superficial recovery that people are clinging to,” agrees Guralnik. “But it’s like a slinky. One part of the psyche is stretched forward into this manic recovery and the rest of the psyche is trying to catch up.”

With much of the rest of the world still living under some form of restrictions or, in the case of countries such as the Netherlands and Israel, reimposing them in the face of rising infection rates, New York — however pleasurable — also feels like it is a little bit in denial.

In a few months’ time, when the financial support schemes end for good, when offices reopen but some jobs and industries do not come back, when the autumn brings another rise in infections, it seems likely that the psyche will catch up — and take a hit.

But until then, the party is on.