Brexit: Asset managers retreat from the City of London

Asset managers have begun their slow detachment from London following Britain’s historic vote to leave the EU, with fund companies finalising plans to reduce their reliance on the City.

M&G, Columbia Threadneedle, Legg Mason and Fidelity International have all outlined intentions to either move staff out of the UK capital or set up fund ranges in neighbouring EU countries in fear of being locked out of European fundraising.

No asset manager has yet announced it will shift its headquarters away from the City but the retreat has prompted the Investment Association, the London-based trade body for UK-based asset managers, to hold a special meeting with its members on Tuesday to tackle the fallout from the vote.

The deep concern is that a British exit — or Brexit — from the EU will threaten the UK’s position as the world’s second-largest asset management centre after the US. Investment companies based in the UK manage £5.5tn of assets and employ 35,000 people. Another 25,000 staff work for related entities.

The chief executive of a large UK-based asset manager said: “London has a lot to lose and although it is too early to properly assess what damage the Out vote might have on the City, it is clear people have started making plans to do business elsewhere. Rival centres are on high alert.”

Dublin and Luxembourg have already begun work on trying to lure business away from London. Luxembourg’s fund market association has set up a dedicated working group on Brexit with the aim of attracting UK asset managers to the jurisdiction while Irish Funds, the trade body, has tasked its existing 38 working groups with finding out how the country can benefit from the UK’s decision to leave the EU.

Following the Brexit vote, the IDA, the organisation responsible for attracting foreign direct investment into Ireland, wrote to all global asset managers with a presence in the country, telling them how it would work with them to “support the growth of [their] business”.

Fidelity International, which opened its office in London in 1973 and manages £190bn of assets, has announced it will move 100 staff to Ireland but said the shift was planned before the UK referendum result. It already employs 65 staff in Dublin.

Value of assets managed by investment companies based in the UK

Columbia Threadneedle, which has had its roots in London since 1995, said it will establish an asset management hub outside the UK before the country formally leaves the EU.

The shift will involve the fund house expanding its operations in Luxembourg and moving portfolio managers away from London for the first time. A spokesperson, who reiterated that the investment company had no plans to relocate its London headquarters, said: “We have begun the process of applying to expand the scope of our Luxembourg-based management company to enable us to establish an asset management presence in the EU.”

Number of people employed by these companies. Another 25,000 work for related entities

The scramble to draw up contingency plans is due to the requirement for investment companies to have a base in the EU to sell their funds to continental retail investors. Exact rules are a long way from being negotiated but asset managers are working to the assumption that if they want to distribute their funds in the EU they will need to have portfolio managers as well as back-office staff based there.

Alastair Sewell, regional head of the fund and asset manager group at Fitch Ratings, said: “Up to 40 per cent of the £5.5tn managed by UK asset managers is from overseas investors and so any sustained reduction in demand from foreign investors will negatively affect the industry.” 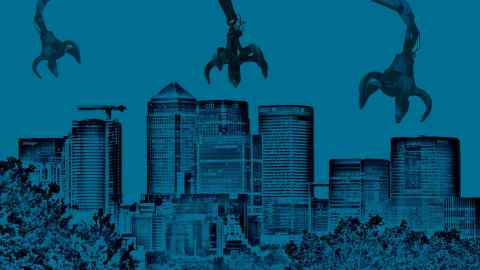 A senior regulatory expert, who asked to remain anonymous, said: “The Brexit vote is profoundly negative for the export of UK asset management services.

“Those companies that do not have fund ranges set up outside the UK need to do so very quickly.”

M&G Investments, the fund management arm of Prudential, the insurer, said work had begun on setting up a new range of funds in Ireland to sell to European investors, which otherwise would be excluded once Britain separates from the EU. 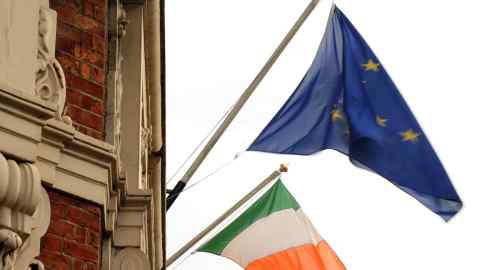 Staff would be added or relocated to oversee the fund management business in Dublin but M&G said that existing operations would not be moved out of the UK. Instead, funds would in effect be replicated in Dublin for its overseas investors.

Anne Richards, the newly appointed chief executive of M&G, said: “The referendum result does not change who we are as a business, nor our commitment to our customers, wherever they are.”

He said: “If there is a very hard version of Brexit we could imagine some clients wanting to contract with an EU entity. [This would require] more resource on the ground in Luxembourg. The fact is our business will be more operationally complex and challenged, but we will plan for it.”

The Investment Association said: “Our aim remains for asset managers to play a positive role within the UK economy as a source of funding for companies, a major contributor to export earnings and as a centre of investment excellence that serves both domestic and overseas clients.”