An audience with Renzo Piano – and finding our happy place

How is it that we end up in the little corners of the world we occupy? I certainly never imagined that I would one day call Kilburn, north-west London, home. But nearly 10 years after having moved into the area, following years of residential perambulation, it’s the place I’ve stayed the longest in my life. Brent is not among the most desirable of postcodes: the borough had one of the most brutal experiences of the pandemic, with death rates among the highest in the UK, and when it features in news coverage the stories it casts invariably involve violent crime. So it was somewhat bemusing to discover, according to the first official national health index, published in February, that Brent was named the “happiest” place of all the English towns surveyed.

These new ‘Mappiness surveys’ recalibrate the way we want to live

Devised to measure the geography of wellness, this latest survey compiled by the Office for National Statistics, using 2018 data, judged areas on three subsets: healthy people, healthy lives (a measurement of behaviour) and healthy places, in which they were rated for things such as air pollution, traffic noise or access to the gym. An early prototype of many current metrics used to measure wellbeing according to one’s geography, these new “mappiness surveys” are becoming increasingly popular among estate agents, town planners and home buyers as we recalibrate the priorities by which we want to live. It’s a subject that Lisa Freedman explores more broadly in our property special this week. That cities with a lot of green space should have become more desirable during these months of lockdown is not really that surprising. What has changed significantly, however, is the value of proximity, and having our schools, shops, offices and gyms within 15 minutes of our homes. We often talk about the beauty of the “urban village”; and whether you live in a market town, eco-development or rather grunge-y London borough, a sense of local community has rarely been so cherished as now.

Would I need much community if I were living in a vast glass edifice perched high on Highgate Hill? I debated this question for about three seconds while admiring the spectacular windows highlighted by Ruth Bloomfield in her story “No Pane, No Gain: Properties with the Most Spectacular Windows”. I would also consider making many other personal sacrifices were I to live in one of Renzo Piano’s otherworldly structures. The 83-year-old architect, still working at full velocity, shares his thoughts on what makes a building successful in an interview with Jackie Daly, while the photographer Stefan Giftthaler captures the architect in Genoa at one of the two offices in which he works (“Buildings are like children – you want them to have a happy life”). Currently occupied by a hugely ambitious development in Monaco harbour, as well as one in Paddington, London, Piano talks of the new pressures surrounding sustainability and environmental impact, and offers his views on what makes a “happy place”. Given that Piano is one of the most powerful names within the business, his quiet poetic take on his vocation is very charming – or maybe I just over-identify with the type of man who personalises the dispenser that holds his Sellotape. 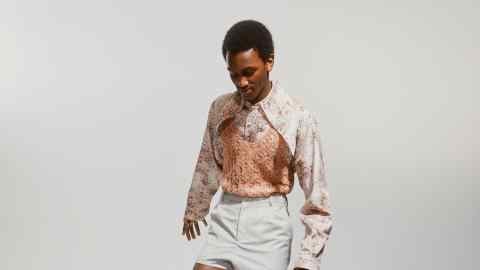 But it’s not all building, building, building. Or not quite. Rita Konig, an interiors expert and writer whose work I have long admired, talks about her favourite things in this week’s Aesthete, in which she shares a list of where to buy the best linen as well as admitting a quaint weakness for getting laundry pressed. And John Pawson, the architect of an uncompromising minimalist aesthetic, discusses the new seasonal cookbook he has co-written with his wife (“Pawson Control: How Does a Minimalist Eat?”). Rather brilliantly, it transpires that Pawson doesn’t actually do much cooking – one imagines he must find it awfully messy. His wife, Catherine, assures us, however, he’s a dab hand at washing-up.