Company insiders sold $13.5bn of stock — and bought just $11m — in the six months to December, far higher than in any previous period, according to calculations by StoneX, a brokerage. The figure is distorted by about $10.7bn of sales of Tesla stock by chief executive Elon Musk that occurred before the data’s mid-December cut-off point.

However, even stripping out Tesla, insider sales in these companies have been at levels well above historic norms, having averaged nearer $500m per six-month period between 2015 and 2020.

The sales come during a tense moment for Cathie Wood’s Ark Innovation ETF (ARKK), which has lost almost half its value since its February 2021 peak. Its gain of more than 150 per cent in 2020 made it the poster child for Wall Street’s technology-fuelled boom, earning Wood, its founder, chief executive and portfolio manager, the nickname “Queen of the bull market”.

Many of the fast-growing, but highly speculative tech companies that have been core to ARKK’s rise have stumbled in recent months. A Goldman Sachs index of unprofitable US-listed tech groups, for example, is down by a third over the past 12 months, although it is still up more than 100 per cent over the past two years.

While ARKK takes a long-term view on its holdings, the rise in sales by insiders is something that is monitored by some analysts and investors.

“The spike in insider sales and the lack of buying interest is worrying,” said Vincent Deluard, global macro strategist at StoneX. “The median ARKK holding has lost 55 per cent since its 52-week high: if insiders are not buying now, why should investors?”

Deluard said it was not unexpected that insider selling should outweigh buying as cash-poor founders diversify their portfolios and early employees receive stock options.

A similar trend has unfolded in the wider US stock market, with insiders selling a record $32bn of stock in S&P 500 companies in the past six months, while purchases fell to a six-year low of $95m.

However, Deluard said the sheer scale of the gulf between insider buying and selling for ARKK’s investee companies was surprising given the sharp sell-off many of these stocks suffered in the final two months of 2021 — a period during which the S&P 500 continued to rise.

“Company insiders tend to be quite contrarian in their actions. They buy after a big drop. We have had a big drop and we have seen a lot of selling and not much buying,” Deluard added.

“If the smart people are not buying, why should anyone else? Bubbles are always and everywhere a transfer of wealth from the public to insiders.”

Ben Johnson, director of global ETF research at Morningstar, said the insider transactions data “would seem to indicate that Cathie and team have more conviction in these firms than the people running them”.

The data come as ARKK’s sell-off means the fund has destroyed shareholder value since its launch in 2014, despite reporting returns of 328 per cent over this period.

ARKK has had cumulative net inflows of $15.5bn since launch, yet as of Thursday’s close, its net assets were just $14.4bn, meaning it has not created any value for the average investor, most of whom only bought in after the fund had generated the bulk of its returns.

“No shareholder value has been created because most investors piled in at inflated prices in 2020 and 2021,” said Deluard.

“Cathie Wood has no control over her investors’ [poor] timing and the true measure of her talent comes from time-weighted returns, which remain stunning despite last year’s losses. Nonetheless, the reality of investors’ flows cannot be ignored.”

This trend is far from unique to ARKK. Investors’ tendency to pile into a fund after it has made its biggest gains is so strong that investors’ dollar-weighted returns lagged behind funds’ total returns by 1.7 percentage points a year across the entire US market in the decade to 2020, according to Morningstar.

But there is room to question Wood’s declaration of Ark Invest’s higher purpose.

Wood, a devout Christian, has said Ark’s mission is not just to make money for investors, “it’s about allocating capital to God’s creation in the most innovative and creative way possible”.

ARKK attracted net inflows of $17bn between January 2019 to June 2021, money that was invested in companies which generated combined earnings of $23bn during this period, Deluard found.

These companies spent $47bn on research and development over the 30 months, as well as issuing $14bn in new stock.

Deluard argued this investment and fundraising was “doubtlessly facilitated by ARKK’s massive purchases”, which “allowed a lot of young companies with unproven technology to raise a lot of equity at much higher valuations” than would otherwise have been the case.

“The claim that ARKK funds research and increases the pace of innovation is credible. Newly issued shares sold to ARKK helped bridge the gap between high-growth companies’ small or negative profits and their large R&D expenses,” he added.

“A less optimistic narrative is equally credible. Flows in Ark ETFs may have spurred research and innovation, but they also allowed insiders and founders to cash out at absurd valuations,” he said.

“Time will tell whether Ark Investment Management funded the next industrial revolution or organised a historical transfer of wealth from the public to insiders and early investors,” concluded Deluard, a hypothesis he believed was strengthened by the current bout of insider selling.

Johnson at Morningstar believed that, during its lifetime, ARKK may potentially have improved society, “but if so, by an imperceptibly small amount and in a very roundabout manner”. 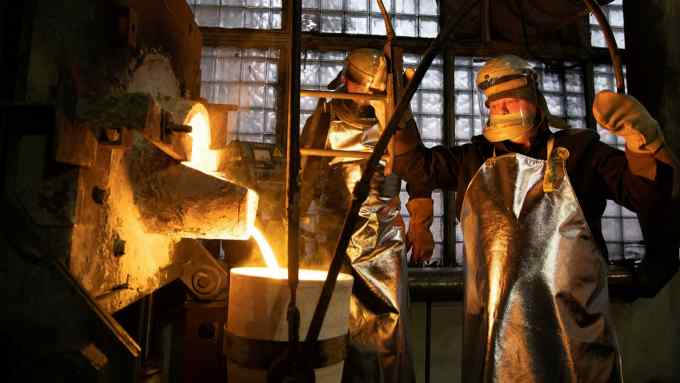