A reinvented fair with more reach

Art fair organisers have been working hard to stay relevant through a pandemic that could easily have put them out of business. Initially taking their trade online, through the so-called Online Viewing Rooms (OVRs), such events managed well to keep momentum alive. There has been a growing sense though that more could be done in the digital world.

Enter Art Basel Live, a new platform to accompany the fair group’s first in-person edition since 2019 that opens Hong Kong this week (May 19-23). “An art fair is more than images. It is also about what is going on in the halls and in the city, the personalities of the galleries and the hosts,” says Marc Spiegler, global director of the Art Basel fairs. The physical fair, with its 104 booths in the Hong Kong Convention and Exhibition Centre, will help bring back some personality to the flat art world we have lived in since March 2020. The aim is also to reach the many more people who are not there. Ongoing travel and stringent quarantine restrictions add an impetus to the Hong Kong event this week — Spiegler himself can’t be there — but Art Basel Live is not confined to the pandemic, he says, thinking too of the fair’s next planned outing in Basel in September. “Even before [Covid-19], no art fair, no matter how wonderful it was, ever had all the collectors it wanted,” Spiegler says.

Art Basel Live will still have the images — via a now-familiar OVR that shows all the works at the fair digitally — and Spiegler says this has been improved with better signposting, plus the opportunity to show install shots from the real-life fair. The website will have other features to bring something more experiential through our screens. These include walk-throughs of the real-life fair and livestreams from the many gallery and institutional shows in town during the week.

Opportunities for VIPs to ask questions live to the fair and gallery directors are also in the planning. Outside of the fair, the digital line-up is likely to include tours of shows at the revamped Hong Kong Museum of Art and the Tai Kwun Centre for Heritage and Arts, confirms Adeline Ooi, director of Art Basel Asia. A short, daily bulletin will be broadcast at 8pm between May 16 and 23 and will include vox pops from the galleries and visitors at the fair, as well as scenes from around Hong Kong. “It is as you would do if you were there, experience a little bit from inside the Convention Centre and a little bit from outside,” Ooi says.

Reinvention is still not easy. “Art fairs have been doing the same for about 50 years and now the rule book has been thrown out the window,” Ooi says. She compares the task in hand to “sometimes like trying to build a plane and flying it at the same time”. Fundamentally though, she says, “All the materials are there, we just have to sew them back together to suit different conditions.”

What art fairs have, over and above their individual constituents, is reach. Since the pandemic, visitors to art fairs are limited to, at best, a few thousand people — already an attraction to exhibitors. Now, according to Google Analytics, Art Basel’s OVRs get an average 180,000 unique visitors, while its Instagram boasts 2.1 million followers.

Online consumption may not be for everyone, but technology gives choice, in an increasingly fragmented and self-directed world. For many, it is an improvement on the previous norms. Last year, Arif Suherman, a collector based in Jakarta, told an online panel organised by Art Basel that even before the pandemic struck, he already often bought blind. “About 80 per cent of the time I don’t get to see the artwork before making a decision. I think this is pretty normal these days for most collectors,” he said. For him, the difference since the forced virtual experience is that the ways to see art have broadened. “Previously, you could either go to a show or buy from a Pdf, [now] the content is so much richer,” he said, citing improved online presentations, videos of the artists and 360-degree virtual reality platforms for their work.

Galleries too, particularly those in farther-flung places, feel better served. “We had already started scaling down [art fairs]. It had become a circus, rushing from one dinner to another, one continent to another, and the core crowd was always the same,” says the Kuala Lumpur-based gallerist Richard Koh. “Now everything is more human in scale and we have online options if we want. It took a pandemic to make us realise how much we could do without the running around.” He has decided not to show at the Hong Kong fair this year but says, “We will be back once we get vaccinated and meanwhile, we just have to sit tight and work online.”

Ooi had to quarantine from Malaysia for three weeks to oversee this year’s Hong Kong fair, which has afforded some welcome deep thinking: “It has felt quite Darwinian, whether you evolve or die. We are of course evolving, but the reality is we don’t know what we will become, nothing is set yet. It will be such a different fair this year. But we are here, working with the topsy-turvy conditions around us. This week is really emotional for us,” she says. 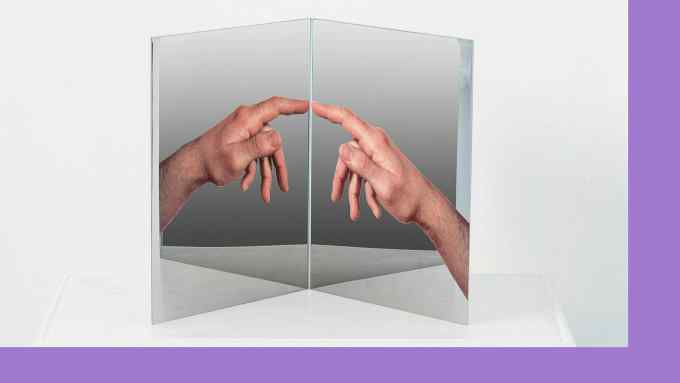