Employers can read between the lines

Any discussion of what employers can do to increase social mobility needs to begin with what they are up against. In several advanced societies, particularly the UK and US, mobility problems start long before young people get anywhere near a workplace.

Poor young people in the UK and the US begin with many disadvantages, from poorer health to lack of educational opportunities, which increase throughout their lives. It does not have to be this way. Other developed countries ensure far more of their young people have a chance of achieving good incomes and professional status. Examples include Nordic nations such as Denmark, Norway and Finland.

While views of the Nordic model are becoming more nuanced (as Martin Sandbu explains) these three countries had the highest social mobility of 24 nations profiled in a recent paper published by the Stanford Center on Poverty and Inequality. Its author, Miles Corak, an economics professor at Ottawa university, said the US belief that people could prosper if they had the initiative and put in the work was largely illusory.

Other countries with high levels of intergenerational mobility were Canada, South Korea, Australia, Sweden and New Zealand. Those with very low levels included Peru, South Africa, China and Brazil. Perched just above them on the social mobility ladder were the UK and the US.

That Canada and Australia provided poorer children with better life chances than the UK and US showed that social mobility was not just a matter of language and national culture. The four countries, Prof Corak said, arguably had more in common with each other than with elsewhere. The four “share historical experiences, similar demographic diversity, and a demonstrated capacity for much policy learning and spillovers in a variety of domains”. 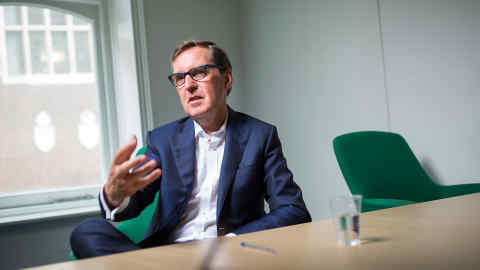 It is important to study why the US and the UK have such different social mobility profiles from Canada and Australia, because that will help us understand the challenge facing emp­loyers as they try to assemble workforces that are more representative of the people in the countries where they are based.

Prof Corak discovered that many of the differences between the relatively immobile US and UK and more mobile Canada and Australia began in the family. Median family income was higher for rich families and lower for poor ones in the US and the UK than in Australia and Canada. In low-income families, the proportion where the mother was in poor health was far higher in the UK and US.

The percentage of children born to a teenage mother was strikingly higher in poorer families in the US and significantly higher in the UK than in Canada or Australia. In all four countries, children from better-off families were much more likely to be living with both biological parents, although it was less the case in the US. But among poorer families the old pattern emerged: less well-off children in Australia and Canada were more likely to have both parents living at home.

The bright spot for the UK was that parents were more likely to read to their children every day than parents in Australia and the US, although not as likely as in Canada. 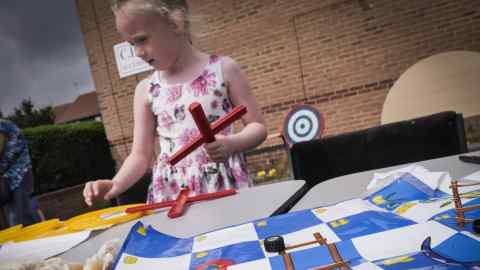 Social mobility experts view reading to children as a vital contributor to their educational and career success. And a UK government report on social mobility in November showed that parents of all social classes were spending more time at home on educational development.

That means relative disadvantage in the UK starts early. The report said that the poorer children were, the less ready they were for school.

This provides a context for some of the corporate mobility and inclusion projects profiled in this report. They are all highly worthy. The Legal Social Mobility Partnership, launched by law firm Slaughter and May and broadcaster ITV, and now incorporating other legal practices and companies, gives students from less-privileged backgrounds work experience, helps with university applications and gives them access to networks they would otherwise have no knowledge of.

This is a creditable effort that other organisations should emulate.

But as the Stanford and UK social mobility research shows, early intervention is vital. Companies offering reading buddies to infant schoolchildren might be even more effective.