It is the technicality of a piece of jewellery that appeals to fashion designer Sandra Choi. “I see myself a bit like an engineer. I like form and things that work back to the body,” she says. “I am attracted to a great piece of engineering even in jewellery form.”

Ms Choi, creative director of Jimmy Choo, the luxury accessories brand, has diverse tastes but favours jewellery with a “hard and soft contrast”. Many of her pieces are “slightly structured” but with “a twist of femininity, of softness or glamour”.

She often finds pieces on her travels and some have influenced her shoe designs. She regards jewellery as something to accessorise a person to give them “more light, more intrigue, more story”. “I totally translate that [into my work] because my shoes are characters and they need highlights and a little bit of accessorising,” says Ms Choi, 47.

Ms Choi’s style is at odds with that of Tamburlaine Gorst, her husband. “I drive him mad,” she says. “He’s the symmetry and I’m the mismatch.” She bought two pairs of earrings — one pearl and one jade — from a vintage shop in Paris with the intention of splitting them up.

She wore one jade and one pearl earring to the Off-White show at Paris Fashion Week in 2017, as Jimmy Choo had collaborated with the Italian luxury fashion brand on a shoe collection. The earrings are clip-ons. “When I was young I wanted, like any teenager, to get [my] ears pierced and my mum said, ‘no’,” says Ms Choi. “I was 14 years old and, being quite grumpy and stubborn, ever since that day I just said I’m not going to have my ears pierced.”

This is about to change, however. She is “going to surprise everybody one day” and get one ear pierced so as to be able to wear a single Xte earring given to her by YK Jeong, the South Korean stylist.

Mr Gorst did not dare buy Ms Choi an engagement ring for his proposal in India in 2007 in case he made the wrong choice. Instead, he gave her a picture of an oval sapphire ring similar to that worn by Diana, the late Princess of Wales. As a stand-in, they chose a white gold and diamond “Love” ring by German brand CADA while he saved money and they looked for the right stone for “the ultimate ring”.

The couple married in 2008 but it was six years before a neighbour, a diamond dealer, designed and made the final platinum and sapphire engagement ring. The rectangular stone has no back so as to reveal its clarity. “I love sapphire because I find it is a very calming colour,” says Ms Choi.

Ms Choi does not wear her engagement ring every day for fear of damaging it. She does, however, use the “Love” ring as part of a “slightly hippy” stack which includes her wedding ring, a small band of diamonds, a ring her mother gave her and a vintage Hermès belt-buckle ring. She says that putting them together gives these pieces importance and makes a statement.

Ms Choi bought her Hermès ring while bargain-hunting with her design team at a flea market in the Rose Bowl stadium in Pasadena, California, almost 10 years ago. “I love [that] it’s silver and gold because it is the best of both worlds,” says Ms Choi. “I wear gold and silver together anyway so this ring was designed for me.”

The team also bought old shoes as references to how linings were made or clasps configured. “[The market] is a little bit like a museum but a museum [where] you can touch everything,” says Ms Choi.

It was during another trip for inspiration with her design team, this time to Rio de Janeiro, that Ms Choi bought two necklaces in off-white and blue from a market stall.

The flocking finish reminds her of velvet, while she admires the chicness of the colour combination. “It’s very Chanel but from the street,” she says.

When she needs a “pop of fun” Ms Choi wears this Dior ring which she bought when in Milan with her husband for a friend’s wedding in 2012. The nature-inspired “piece of art” by designer Victoire de Castellane — made from white gold, diamonds, citrine, rubellite, amethyst, sapphires, tsavorite garnets and lacquer — features a beetle, a flower and a drop of poison.

“Such a small piece of jewellery tells so much of a story and I thought that was so intriguing,” says Ms Choi.

As well as collecting pieces for herself, she also buys a different gemstone each year for Phoenix and Cyan, her daughters. She will give the girls their collections when they turn 21 so they can create their own jewellery or piece of art.

Meanwhile she hopes one day to design jewellery at Jimmy Choo. “We play with it so much already,” she says.

Get alerts on Sandra Choi when a new story is published 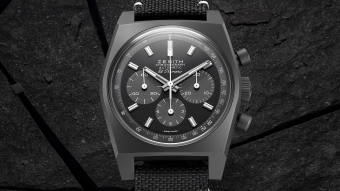