Nine out of 10 investors would prioritise a company’s economic recovery over its ethical principles, in a sign that investor commitment to more responsible forms of investing is faltering in the market downturn.

A new survey by Boston Consulting Group, the management consultants, found that 92 per cent of professional investors would prioritise key business capabilities over its commitment to environmental, social and governance objectives (ESG).

“One way to look at that is half of investors give companies a green light, or a lot of leeway, in terms of not following through on the ESG commitments that they laid out,” said Hady Farag, partner and associate director at BCG. “You first have to ensure your survival and long-term competitiveness.”

The research, which gauges investor sentiment over time, also noted a decline in investors’ commitment to ESG as the coronavirus pandemic advanced. From April 5 to 19, the proportion of investors who believed it was important for a company to pursue its ESG agenda fell by 10 percentage points.

Researchers noted that in its most recent survey, which is yet to be published, the number stabilised. 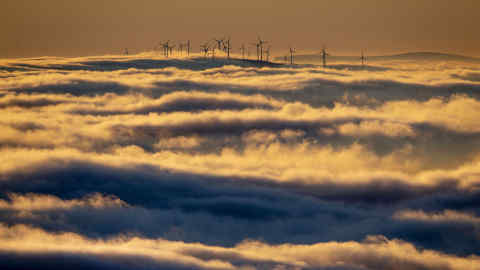 Interest in ESG investing has grown rapidly in recent years and the sector was valued at more than $31tn in a 2018 study. In the year to February 2020, ESG-focused funds attracted more than $70bn in assets.

Though ESG investment grew strongly in the recent bull market, it is less clear how it will fare in an uncertain economic future. In a downturn, investor focus shifts to the short term. Mr Farag said investors were more prepared to put things to one side in order to prioritise economic recovery. “We’re willing to make trade-offs,” he said.

While investors showed they were prepared in the short term to sacrifice their ESG commitments in an economic downturn, Mr Farag noted that investors were much less likely to compromise on ESG than on other factors, such as dividend payments.

ESG criteria were still important to about half of investors, the research found. And while factors such as dividends were previously considered by the majority of investors to be sacrosanct, now just 35 per cent of investors considered dividends a priority, a more profound change than declines in support for ESG.

“Relative to things like dividends, it was surprising how many investors expect companies to meet their ESG commitments,” Mr Farag said.

Ethical investing may be buoyed in the downturn by institutional investment, as professional investment houses and funds have baked ESG commitments into their charters. “I thought it would diminish when people would concentrate on returns and risk exposure,” said Hugh Stacey, head of investor solutions at investor services firm IQ-EQ. But clients were pressing for more information about ESG than they were before, he noted.

Investment firms and private equity investors have longer time horizons than retail investors, he said. “I thought this would fall off a cliff, but instead it has sort of skyrocketed.”