Brexit threatens to clip the wings of UK butterfly exporter

The flapping of a butterfly’s wings can unleash a typhoon halfway around the world, chaos theory says. But what if the typhoon of Brexit ends up crippling butterflies instead?

That is the concern of Richard Lamb, general manager of the Stratford Butterfly Farm in Stratford-upon-Avon, which bills itself as “the UK’s largest tropical butterfly paradise”. It has its own zoo-like attractions, which the company says draws about 150,000 visitors a year. It also supplies butterflies for similar parks around the world. Last year, Stratford sold £1.2m worth of pupae, around 750,000, about half in the EU. “We’re a good business,” Mr Lamb says.

Yet, depending on the fine details of the UK’s exit deal with the EU, Mr Lamb fears Brexit could “wipe out” a large chunk of his business, and threaten the livelihood of his far-flung suppliers. “All around the world there will be consequences,” he said. The butterfly effect indeed.

The discussion about Brexit’s potential for disruption has so far focused on industries that are core to the British economy and adept at communicating their concerns to government. Britain’s carmakers, for example, warned last week that they will be “permanently damaged” if the government does not secure a transitional deal with the EU while it negotiates a fully fledged trade agreement with the bloc.

Fruit farmers, too, sounded the alarm about losses — and price rises for strawberries — if the government does not ensure a supply of cheap foreign labour after Brexit.

But Brexit will also reach into little-known crevices of the British economy, affecting commercial entities policymakers know little about — such as butterfly farms.

Stratford opened 32 years ago and Mr Lamb, a conservationist and noted lepidopterist (a butterfly and moth expert), has worked there ever since.

A large proportion of the pupae Stratford sells, including for export, are sourced from farms across the tropics, including one the company owns in Belize. The business specialises in the best-selling Blue Morpho, a large and colourful butterfly with an unusually long adult lifespan of about six weeks.

Britain’s relationship with the EU was once of little concern. But things became more complicated after the UK enacted EU legislation in 2009 requiring special health checks for all animals imported into the bloc. The idea was to protect European agriculture from foreign diseases. Butterflies were not a major consideration but were caught in the regulatory net.

The result was that Stratford’s pupae could only clear customs at certain designated airports with qualified veterinarians. The farm has also had to pay for storage, handling and veterinary fees. A parcel of pupae that once cost about £60 to ship now costs £300.

Stratford has coped. But after Brexit, Mr Lamb worries that EU authorities will not in future accept British veterinary certificates. That would mean even higher costs and, more importantly, at least another day of shipping and health checks.

This is critical. Mr Lamb has a two-week window to ship the butterflies, when they are in pupa stage, having begun life as caterpillars. Another day’s delay could be fatal: if the butterflies hatch while still packaged, their wings cannot open properly and they become crippled. The butterflies must be put to death.

“Speed is the key. That is the trick with this business,” Mr Lamb explains.

Like other businesses affected by EU legislation, he has tried to make his voice heard in Brussels. Stratford and another farm even sent a delegation to the EU capital years ago to plead for pupae to be excluded from the animal rules. An EU official was sympathetic, Mr Lamb recalls, but said he could not make exceptions for fear it would open the floodgates to other requests.

Mr Lamb has considered shipping direct from his suppliers, but that is uneconomical because the volumes from individual farms are typically too small. Another possibility is for Stratford to open an office in Amsterdam, where its EU-bound pupae can clear customs and then be repackaged for final delivery around Europe. Part of a great British butterfly business would be moving to the continent.

In the meantime, Mr Lamb is appealing to Nadhim Zahawi, his local member of parliament, a Conservative who supports Brexit. His hope is that the government will remember butterflies as exit negotiations progress and convince the EU to accept a UK veterinary certificate. Working against him are British customers who want regulations to be as loose as possible after Britain leaves the EU so they can try to buy their pupae direct from the tropics. Mr Zahawi did not respond to a request for comment.

“The MP is very confident that we’ll get a very good result on Brexit,” Mr Lamb says. “I’m not so sure.” 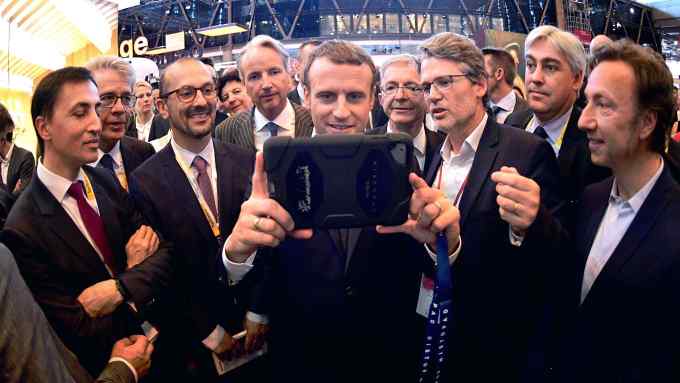